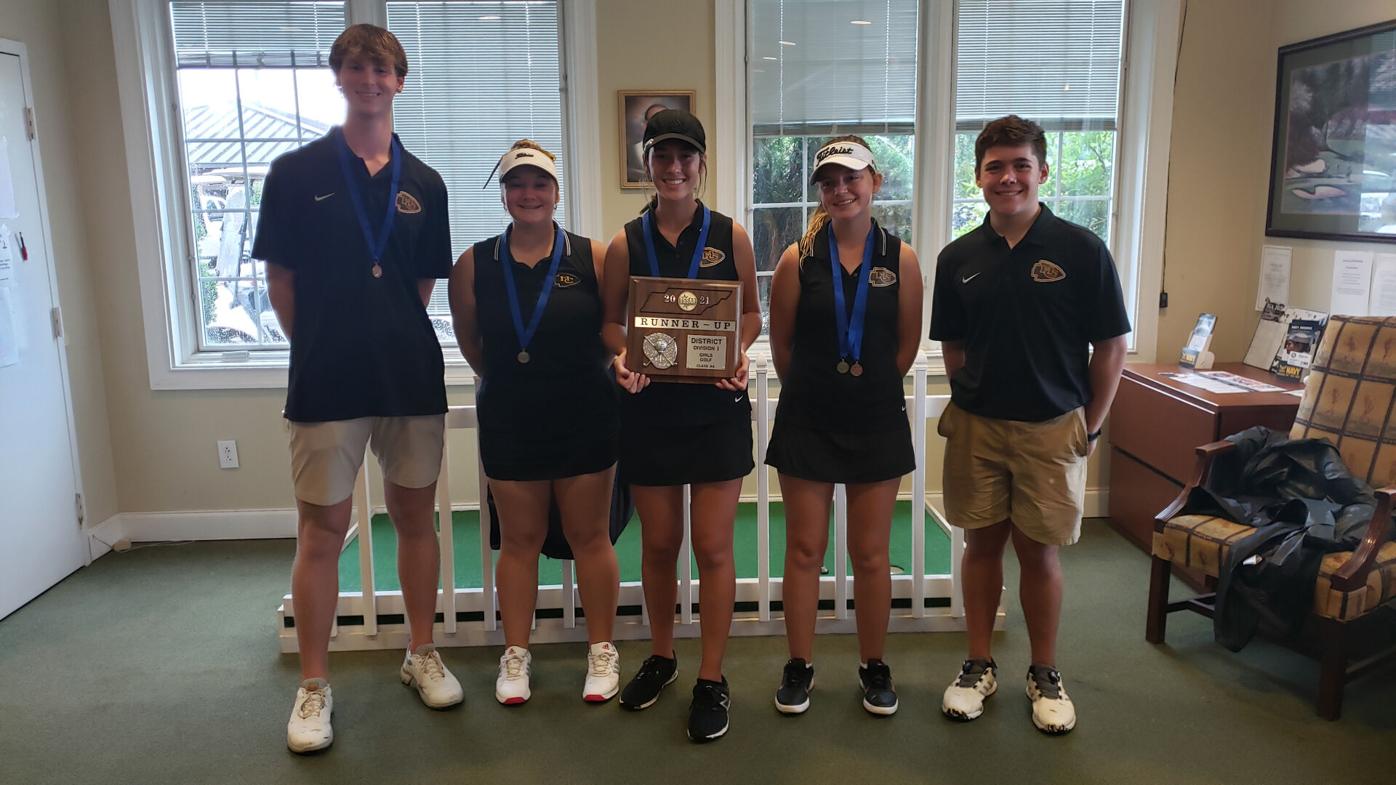 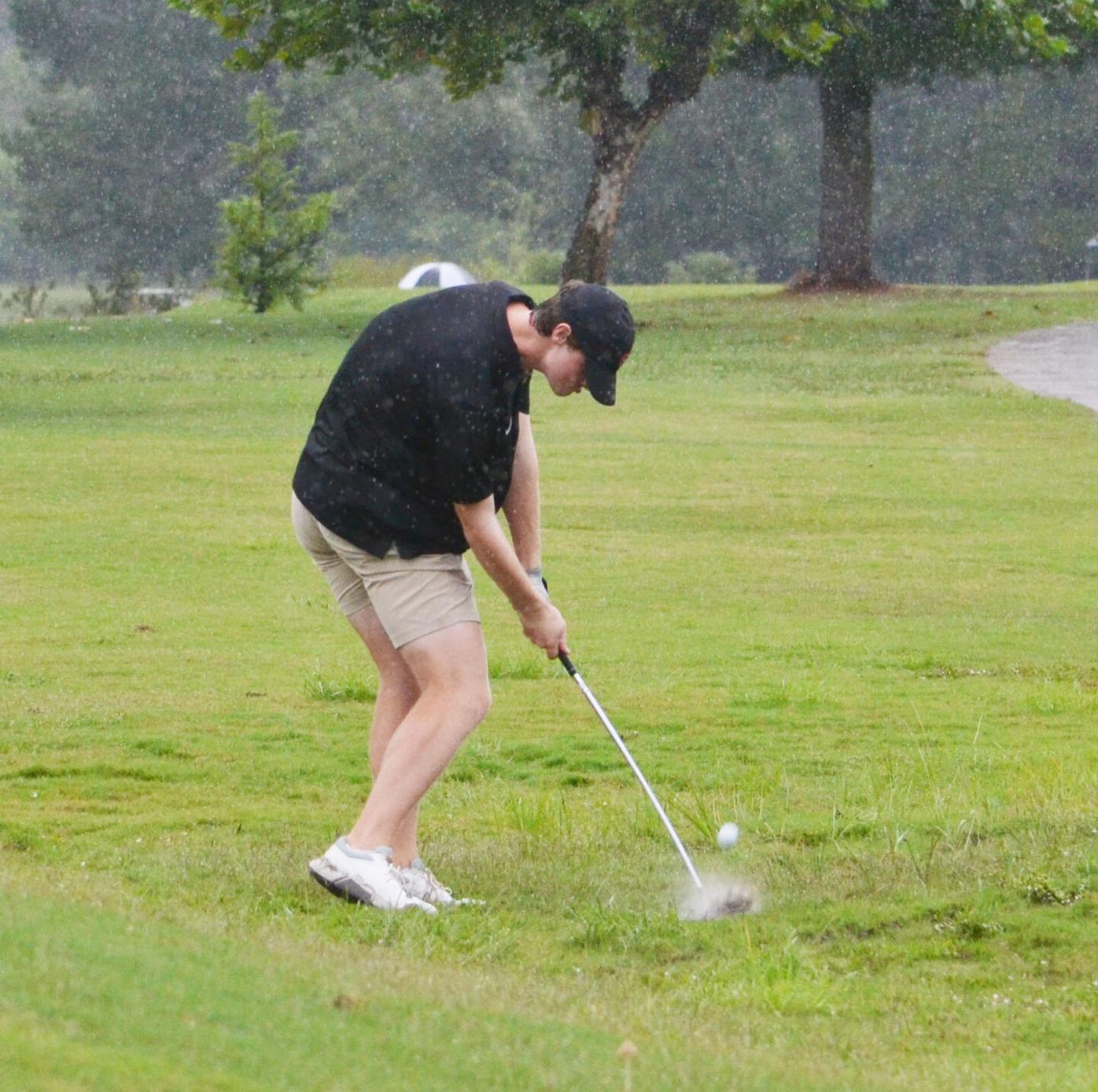 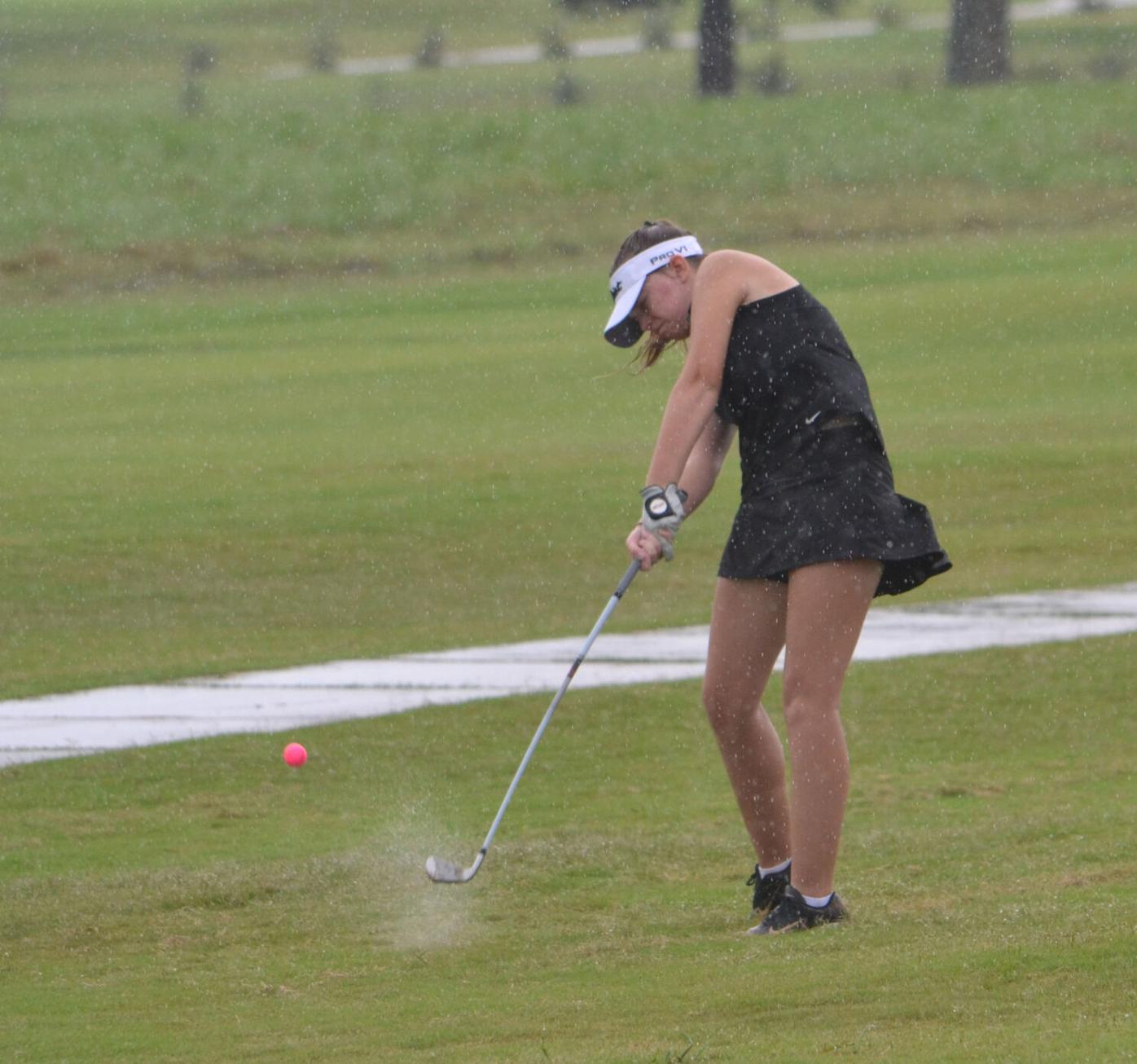 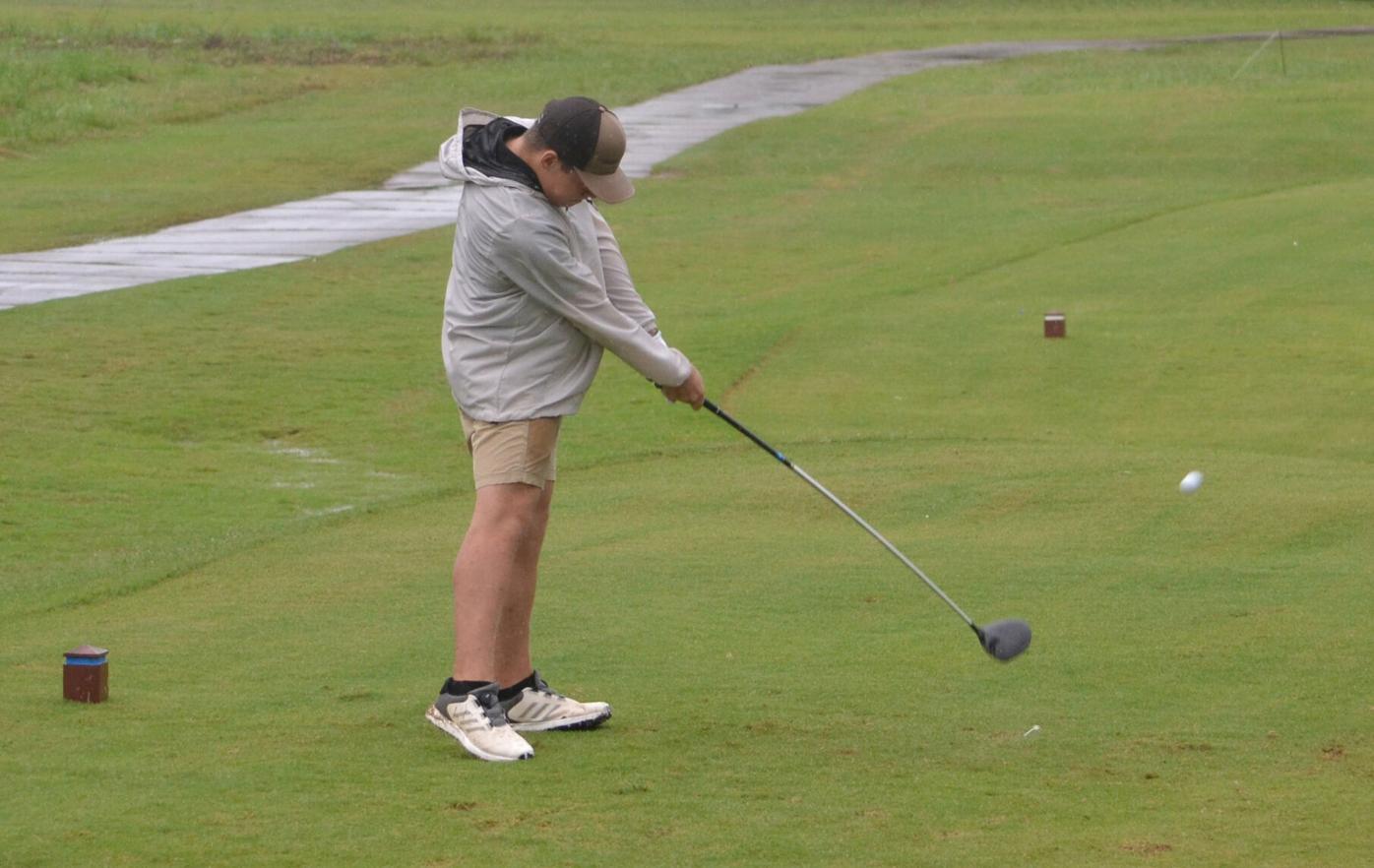 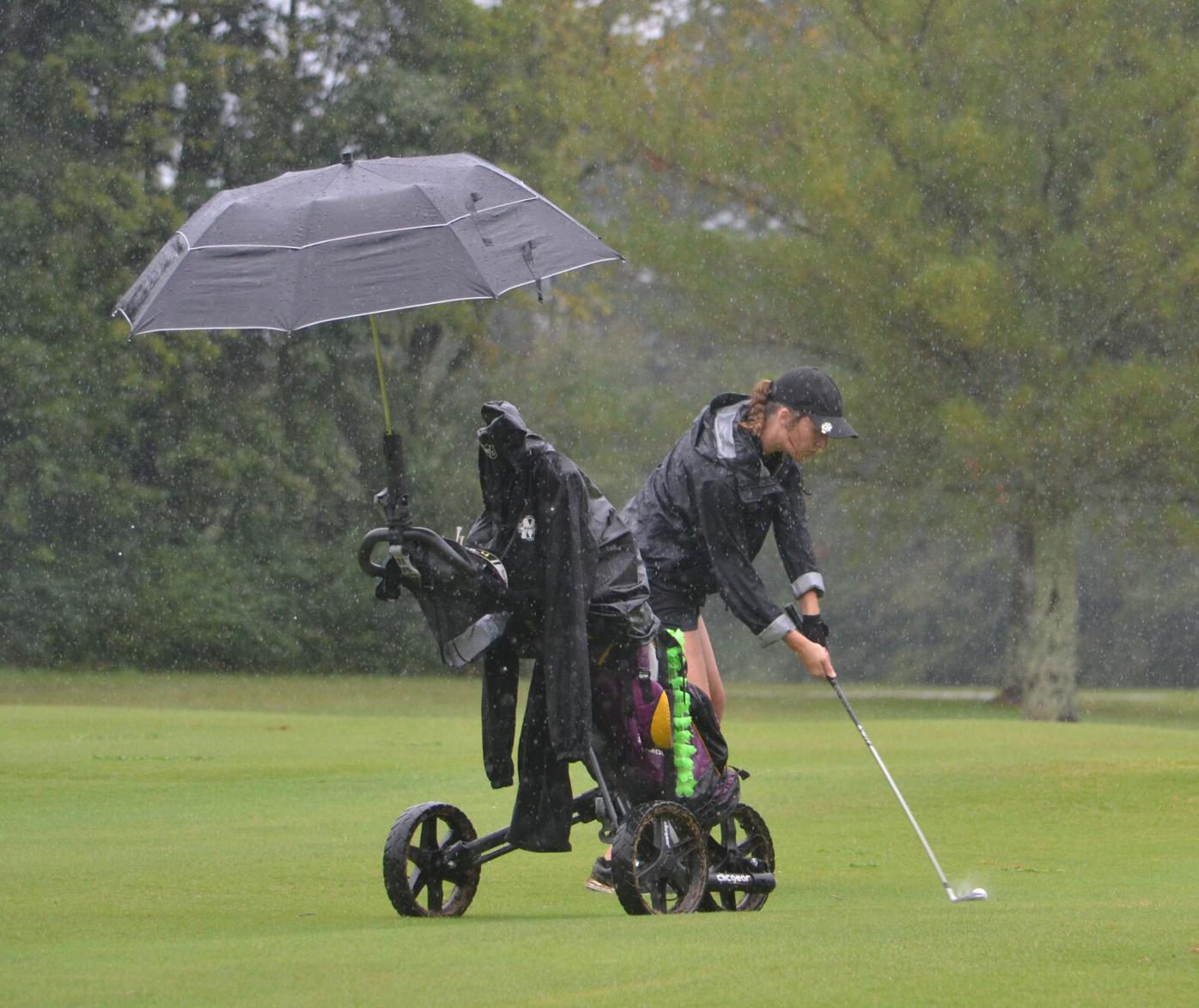 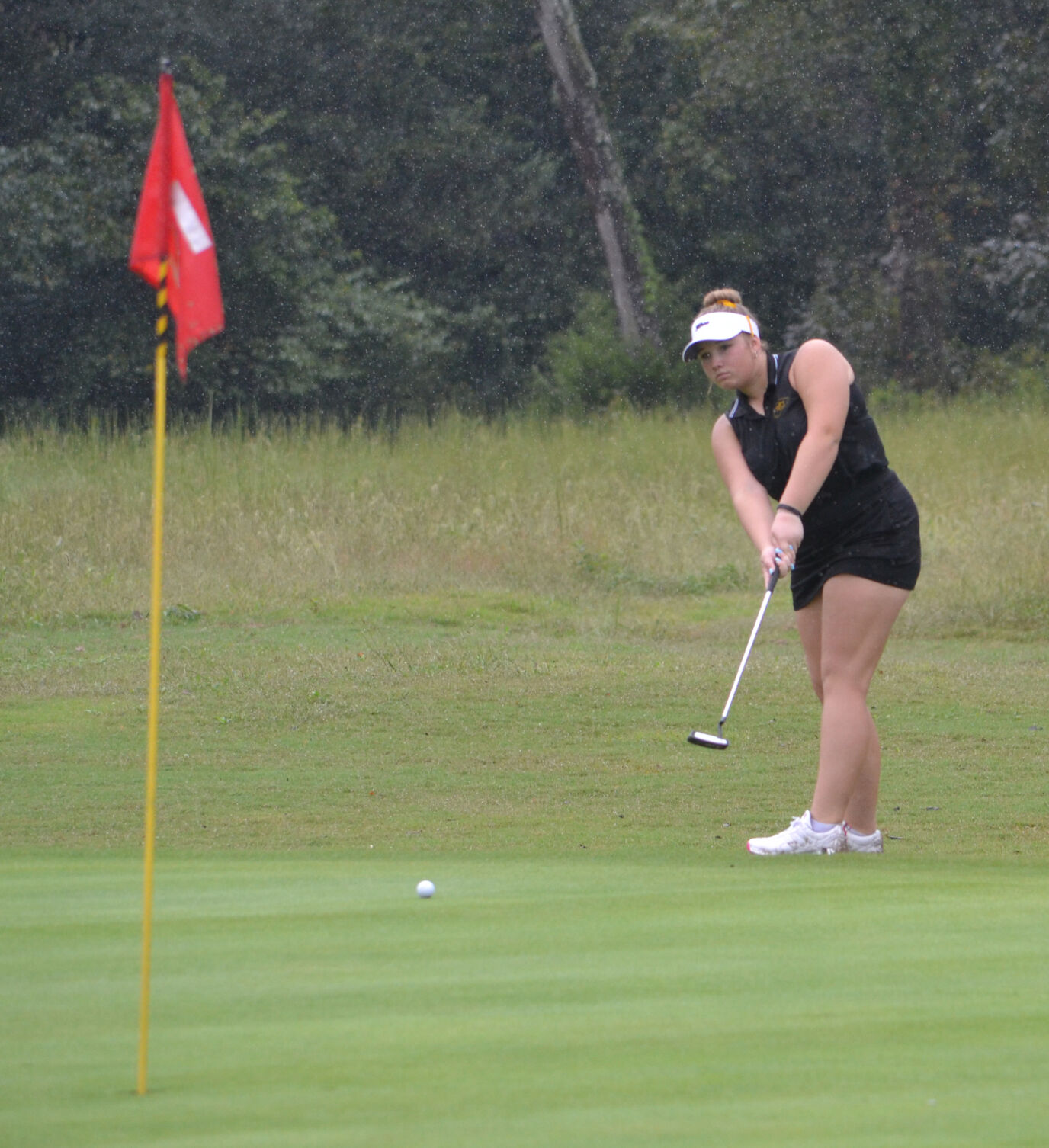 CLEVELAND – McMinn County shows how far it has come since the start of the golf season.

The girls' team finished as the runners-up, and Noah Graybeal and Walker Combs also kept their seasons alive as individuals in the boys' field in a rain-soaked District 5-AA tournament on Monday at Chatata Valley Golf & Country Club.

"It's been a constant grind. I've been getting the kids as much as possible to get up and do some work on their own, even the days we don't have practice,” said McMinn coach Jay Johnson. “But weather didn't cooperate with us a lot this year. I'm proud considering the weather and some of the stuff that happened throughout the season that we still competed and the kids found time to practice and work on their game.”

Emily Miller led the McMinn girls with a 93, good for a tie for third place individually with Walker Valley's Ainsley Oliver and earning her one of the district medals. Karaline McCall was seventh with a 106 and Rayleigh Hawkins ninth with a 111.

Graybeal finished in a tie for fifth on the boys' leaderboard with an 81, which earned him a district medal, as well. Combs was 14th with an 89, still making him one of the top five individuals who were not on one of the top three teams and thus a region qualifier.

Graybeal, Combs and the entire girls' team all advance to the Region 3-AA tournament Tuesday, Sept. 28, at Cleveland Country Club.

"I really think Noah and Walker and the girls we got, they can really make some noise in the region, and they just have to grind,” Johnson said. “And I tell them golf is a grind. You can't just give up when you're playing bad, you've just got to grind. Like today, it was raining pouring down sideways, and now they're medaling.”

The Lady Cherokees' team score was 199, behind only district champion Cleveland's 164. Cleveland's Hannah Nall was the girls' first-place medalist with a 73, with her teammate Darbi Shay in second place with a 91.

“We had a pretty tough girls' schedule, in which we had a couple of girls who were real competitive,” Johnson said. “So they pushed each other.”

Rounding out the McMinn boys' scores were Ethan Jones in 20th with a 95 and Wesley Graybeal 28th with a 112. As a team, McMinn's boys were last out of six teams with a 377.

Matthew Rothwell of Rhea County was the top boys' individual with a 75. Walker Valley was the boys' team district champion with a 322, followed by Bradley Central with a 330, Cleveland 357, Sequoyah 364 and Rhea 372.

Rounding out the girls team scores were Walker Valley in third place with 211, Rhea 219 and Bradley 237.