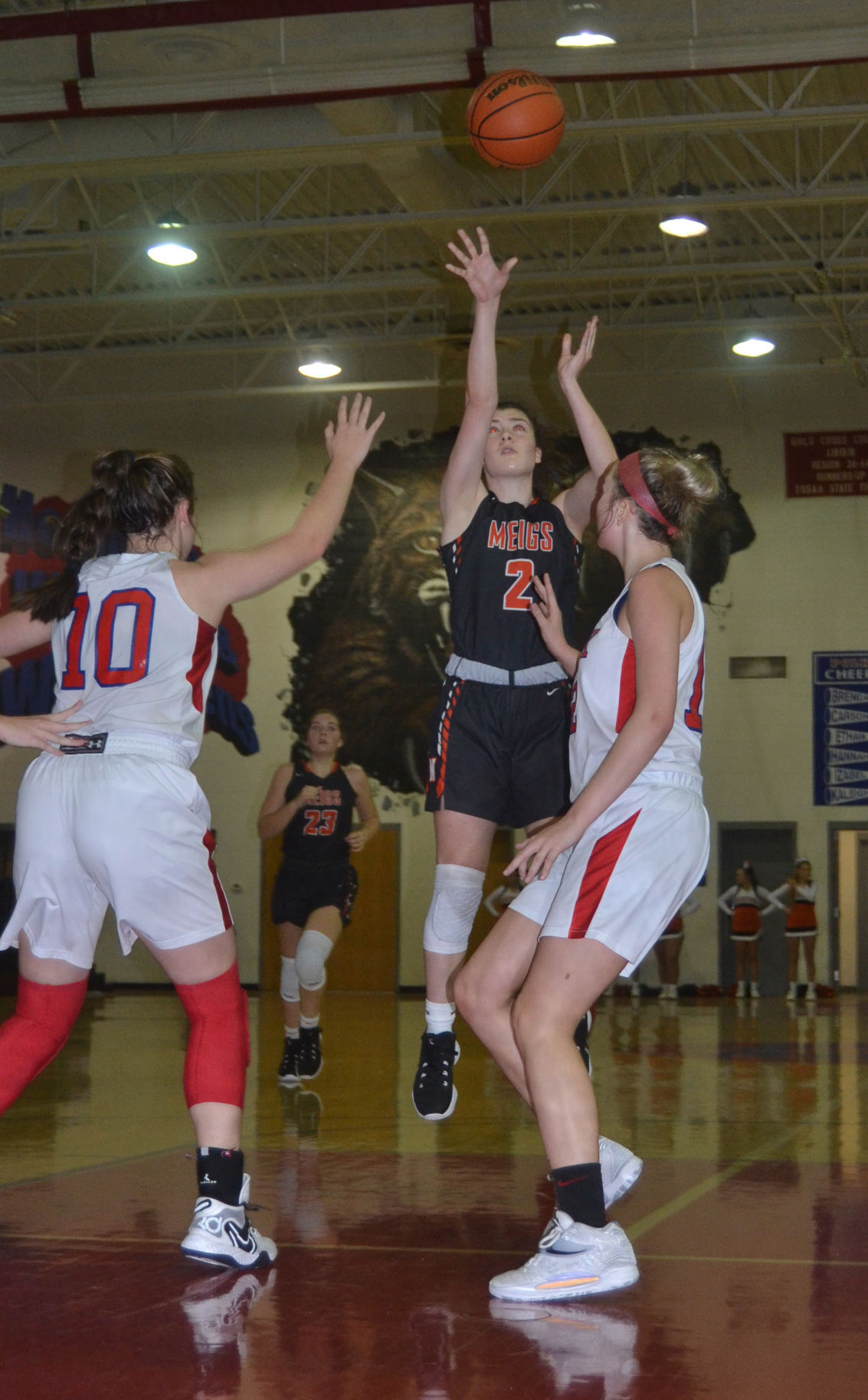 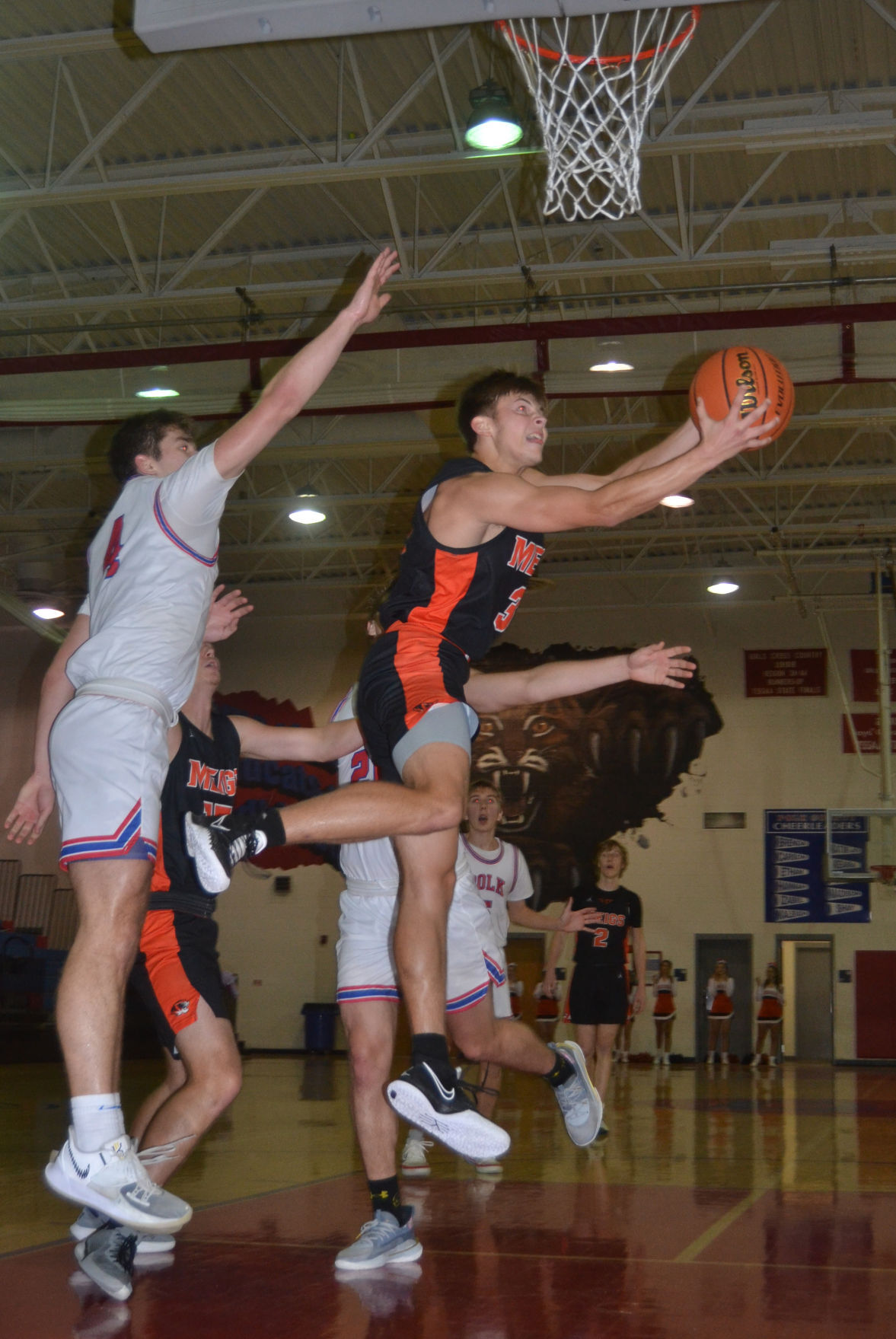 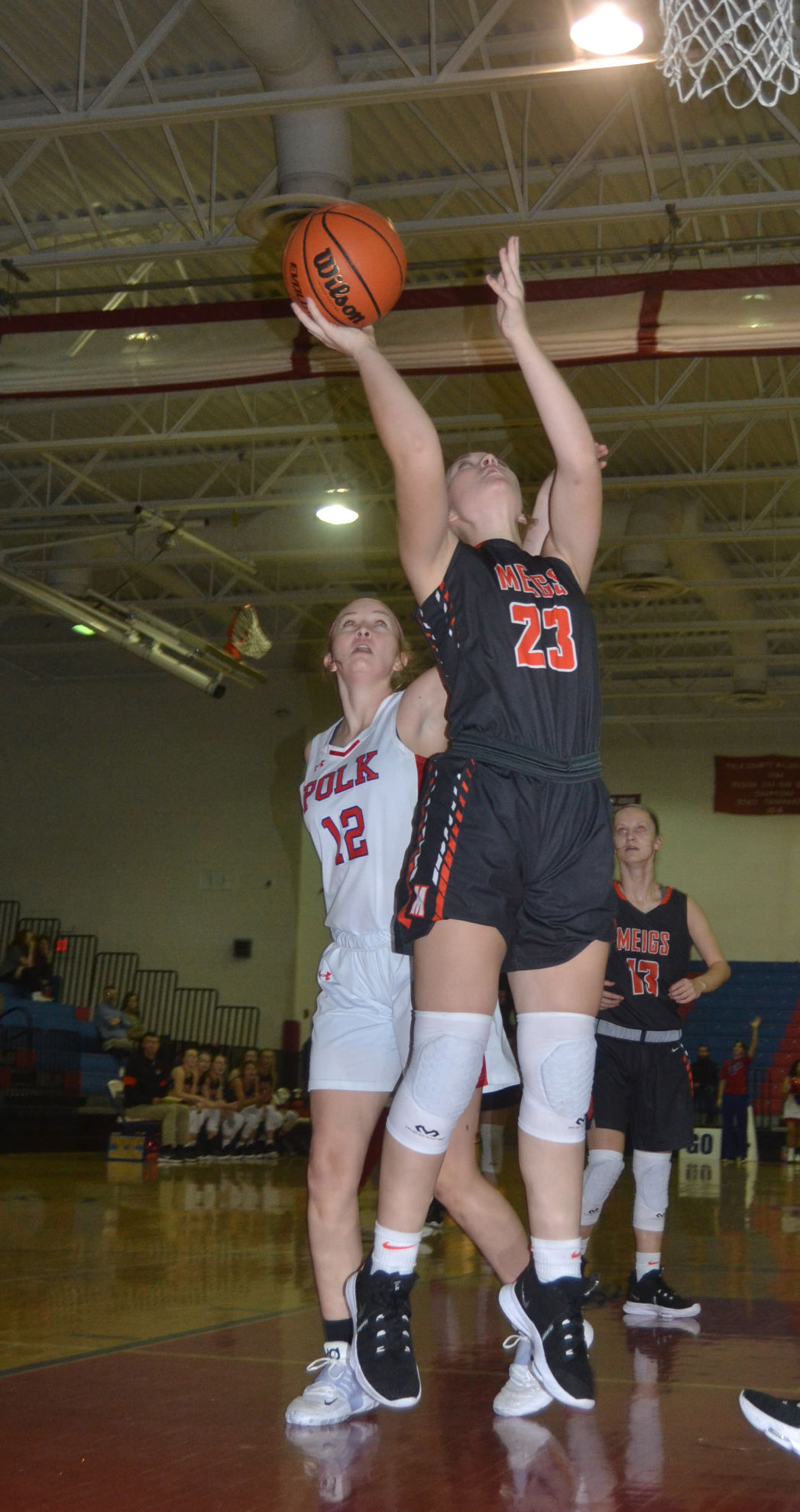 BENTON — The game clock in the Polk County High School gymnasium malfunctioned at the end of the girls’ game, but coach Derika Jenkins wasn’t going to blame that for the Lady Tigers’ loss.

Meigs County made just one field goal in the final 2:59, while missing three other shots and committing two turnovers that led to a 40-38 loss Monday on its former district rival’s court.

Lainey Fitzgerald’s inbound baseball pass with 1.7 seconds left went into the hands of Polk’s Courtney Farr, and the Lady Tigers (1-2) attempted to foul. The game clock never started, but the referees ruled that the remaining time had expired, sealing Meigs’ fate.

“I just know that we should have never, ever been in that situation,” Jenkins said. “Because that’s what happens if you leave it in the ref’s hands, it can go either way. That was three times they got the ball when the clock didn’t start, three possessions. Get it in, they wave it off and the clock’s not starting. Get another one and another one. But there at the end, we didn’t get the opportunity, but we should have never been there.”

Early on, it didn’t look like Meigs would be in that situation, leading 13-5 at the end of the first quarter with Fitzgerald scoring seven of her nine points that period.

But the second quarter was an offensive struggle for both teams, with Polk making that period’s only field goal. Meigs shot 0-10 from the floor in the second quarter, with one Sara Swafford free throw the Lady Tigers’ only point as they went into halftime holding on to a 14-9 lead.

Polk led for the first time in the third quarter, 21-19, but Talley Lawson scored seven of her team-high 12 points, including a steal directly into a 3-pointer, to put Meigs ahead 27-23 entering the fourth.

“We of course do things in practice, but I can’t work on shooting,” Jenkins said. “They’ll have to get in the gym on their own and do those things. But a lot of little things hurt us tonight, and one of those was boxing out. I thought we took care of the ball a lot better offensively, we looked decent, a lot better than we have been, but it’s those little things we have to capitalize on. And until we do, it’ll be like that every day, back and forth.”

The Lady Tigers began the fourth quarter fouling Polk’s Miranda Clark as she was shooting a 3-pointer, and Clark made all three ensuing free throws to set the tone for a back-and-forth final period.

After two ties and two lead changes, Meigs led 36-34 after Fitzgerald scored on an inbounds play with 2:59 left. And then the Lady Tigers went cold, allowing Polk to crawl back ahead despite only making four of its final seven free throws. Julia Howard’s putback with three seconds left were the only other points Meigs was able to score.

WILDCATS 73, TIGERS 64: Meigs County’s boys were left chasing most of Monday night and couldn’t catch up, falling to their first loss of the season.

“Today was just Polk County’s night. The ball seemed to bounce their way every single time,” said Meigs coach Sammy Perkinson. “We give them a second opportunity, they’d bury a three. But the kids played hard, they made a game of it a time or two and made it exciting, but we just could never get over the top. it was one of those games.”

The Tigers (2-1) closed to within two points three times in the third quarter. The last time, down 52-50, Meigs missed two field goal attempts on the same trip that could’ve tied the game.

Polk scored the last four points of the third quarter, leaving Meigs down 56-50, then began the fourth on a 9-3 run that had the Tigers trailing by double digits for the first time. Meigs never recovered after that, committing four turnovers and having many possession end in a one shot and done.

“It’s the first time in three games we probably got out-rebounded,” Perkinson said. “That’s what has been making us strong the first two games.”

With the new classification cycle starting this year, basketball was expanded to four classes, and Polk was moved from the same district with Meigs, where it has been for years, to the opposing District 4-2A within Region 2-2A. So while Monday’s games were non-district, they were also potential previews of region tournament match-ups.

Both Meigs teams are back in action Monday, Nov. 29, at home against area rival McMinn County. The girls tip off 6 p.m. in Decatur, and the boys start at 7:30.