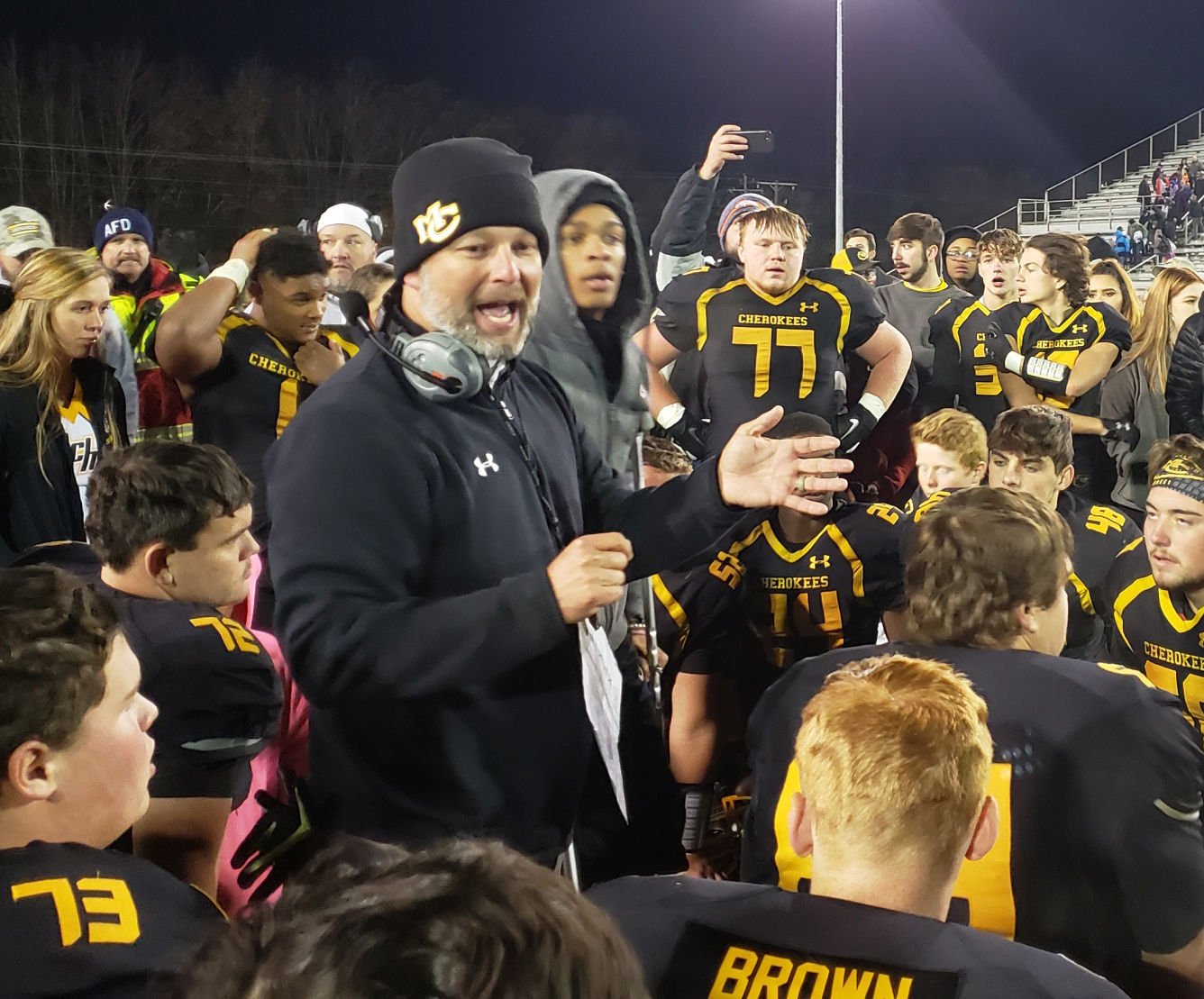 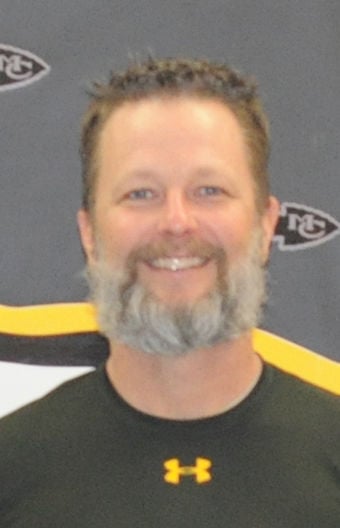 A love for McMinn County High School brought Bo Cagle back 14 years ago to be the head football coach. And that same love is why he is now the school’s newest athletic director.

Cagle was officially announced as the athletic director of his high school alma mater Saturday evening. He succeeds Joe Young, who vacated that position in late June when he was named the principal at McMinn.

“Me, Joe and some other people have talked about it several times, and I echoed the reason why I wanted to be the head football coach here 14 years ago, and the reason why I cared so much about this job is because I love the school,” Cagle said in an interview with The Daily Post-Athenian. “And I want all of our athletics to be good. I want all of us to be a family and work together. But the main thing is, for our school and for our sports and athletics at our school to represent our community the way it should be. And I feel like I really had a passion in my heart for that, for our school, and I’m just happy to be able to do that. That doesn’t mean I’m going to do everything like everybody else has done before, but I think my heart’s in the right spot, if that tells you anything.”

Young said he had “several quality candidates in-house” at McMinn among those who expressed an interest in the role, but Cagle’s history at the school, passion and work ethic set him apart.

“There’s not a bigger Cherokee than Bo Cagle,” Young said. “He wants every sport to be successful, and he is willing to do whatever he can to make all of our athletes as strong as they can possibly be.

“I think Bo spends more time at McMinn County High School than anybody else. He is there all the time during the summer, and of course all the time that he spends during football, and then in the spring he’s always willing to do extra things to help all the coaches. Especially with things concerning field maintenance and anything in our facilities. He takes a lot of pride in how his team plays and takes even greater pride in that public perception of what our athletic programs are.”

Cagle will remain as a history teacher at McMinn, as well as the head football coach. He comes into the athletic director job facing one immediate challenge of implementing the TSSAA COVID-19 regulations that went into effect Wednesday.

“We just felt it was important to get an athletic director in place, especially with all the changes and all the new things that are coming along with how we are going to play this fall, what that looks like, so we wanted to make sure we got somebody in there,” Young said. “And we wanted an athletic director who cares about McMinn County, and Bo is for sure that.

“Bo and I will have to sit down and sort of look at what we’re going to do if we’re allowed to play athletics under the current conditions. We’re going to have to figure out ticket sales and seating and all that good stuff.”

Cagle, 43, expects his first few days as athletic director to be something akin to when he first started out as the Cherokees’ football coach in 2007.

“Fourteen years ago, I was kind of given the keys to the head coaching job in football and not really given a whole lot of guidance,” Cagle said. “They just said, ‘Here they are, go with it and do what you’ve got to do.’ So you learn a lot on the fly, and I think this is probably going to be like that too.”

But being a head coach of a football program that typically competes in the sport’s highest classification, that usually has 80 or more players on the team, and last season had 12 assistant coaches on staff has a way of sharpening one’s management abilities, which Cagle will need as the athletic director. Cagle’s record as football coach through 13 completed seasons is 78-62 with three region championships.

“Having to take those things, just the everyday aspects of our team and our programming and our scheduling and managing of coaches and managing of players, those management skills have prepared me to a certain degree,” Cagle said. “Now I know there’s going to be certain things that I haven’t had yet, and I know that. But I think that being able to weather those storms and do those things have gave me a great opportunity to be successful. Hopefully that’s the case, but obviously you never know.”

Cagle has also been a huddle leader for the school’s Fellowship of Christian Athletes (FCA) chapter, a role that he said has changed him and his outlook on why he’s been coaching and will also guide his outlook as athletic director.

“When we first were talking about this position with me, it’s right now I feel like I’m led to impact kids,” Cagle said. “And I want to be a great leader and role model for our kids and impact their lives, and I knew that somewhere down the road, I would have that opportunity to do that with coaches. And I think this is a job for that, to be able to impact coaches and impact the way that we look at sports, and how sports is an avenue for greater things than just winning and losing games. So I think I’ve got an opportunity to do that.”

McMinn County athletics has been a part of Cagle’s life since he entered the school in 1991 as a freshman. Cagle played football, basketball and baseball for the Cherokees and graduated from McMinn in 1995. In addition to coaching football, Cagle was also the head softball coach 2010-2019, so he has coached both boys and girls in a sport at the school.

“And so I understand somewhat of what type of players we have year in and year out,” Cagle said. “And from the football teams that I’ve been a part of, and I think most of our coaches know this, that the way our kids compete is by being gritty and tough and sticking it out and never quitting, those things that give us an opportunity to win games.

“A lot of times we’ll go out there, and we’re not the most talented team out there on the field or on the court, but we can find a way a lot of times. And I think that’s a testament to what type of kids we’ve got and why they play — to play hard and play for each other. And I think that all of our sports are like that, and I think you build upon that.”

Another thing Cagle considers important is to have a vision and an identity for what type of athletic program McMinn should be.

“And that mission statement tells about what we are,” Cagle said. “What type of coach fits into our program, what type of players, what are we trying to get out of this. And we don’t have a whole lot of turnover in our coaching staff, but when you happen to have that, then you have the opportunity to go, ‘Alright, so this who we are and what we’re about.’ And then you go find a coach that fits our (modus operandi), find a coach that fits what our standards are.

“And it’s easier to look at it that way because you’re not necessarily going to win all the time. You’re not going to win all your games, there are always teams that are going to be better than you, so our goal and what we’re about has to be something more than winning games. And when you bring coaches with that same mentality, that the coach before them had, and hopefully that we all have as a coaching staff, then it’s easy to hire that person if you tell them what you’re about.”

Cagle is still trying to articulate a full vision for McMinn, having just started as athletic director, but there’s one maxim he plans on carrying over from his philosophy as a football coach.

“Our vision for each team is leave the place better than it was when you got here,” Cagle said. “How have you improved us while you were here? You got four years here, and everything should be a little better each graduating class and we should be working towards that. And that’s all around. That’s our kids, that’s our coaches, that’s our facilities, that’s everything. So hopefully that’s one thing that our vision will be built upon.”

Cagle’s greatest challenge as he prepares to take on both athletic director and head football coach roles, as well as his most important job as a husband and father, is simply time management. His oldest son, Ace, 13, is starting middle school football this fall, and his younger son, Cruz, 7, is also about to become busy with various activities. His wife, Jennifer, is a nurse at Starr Regional Medical Center.

“My biggest concern, and we were talking about that, was the time commitment and how I could manage that,” Cagle said. “And I was assured that we were going to make it work and it’s all prioritizing and then delegating and fighting fires. But I think the time commitment is probably the biggest concern for me just because of my family and where we are right now in my kids’ lives.”