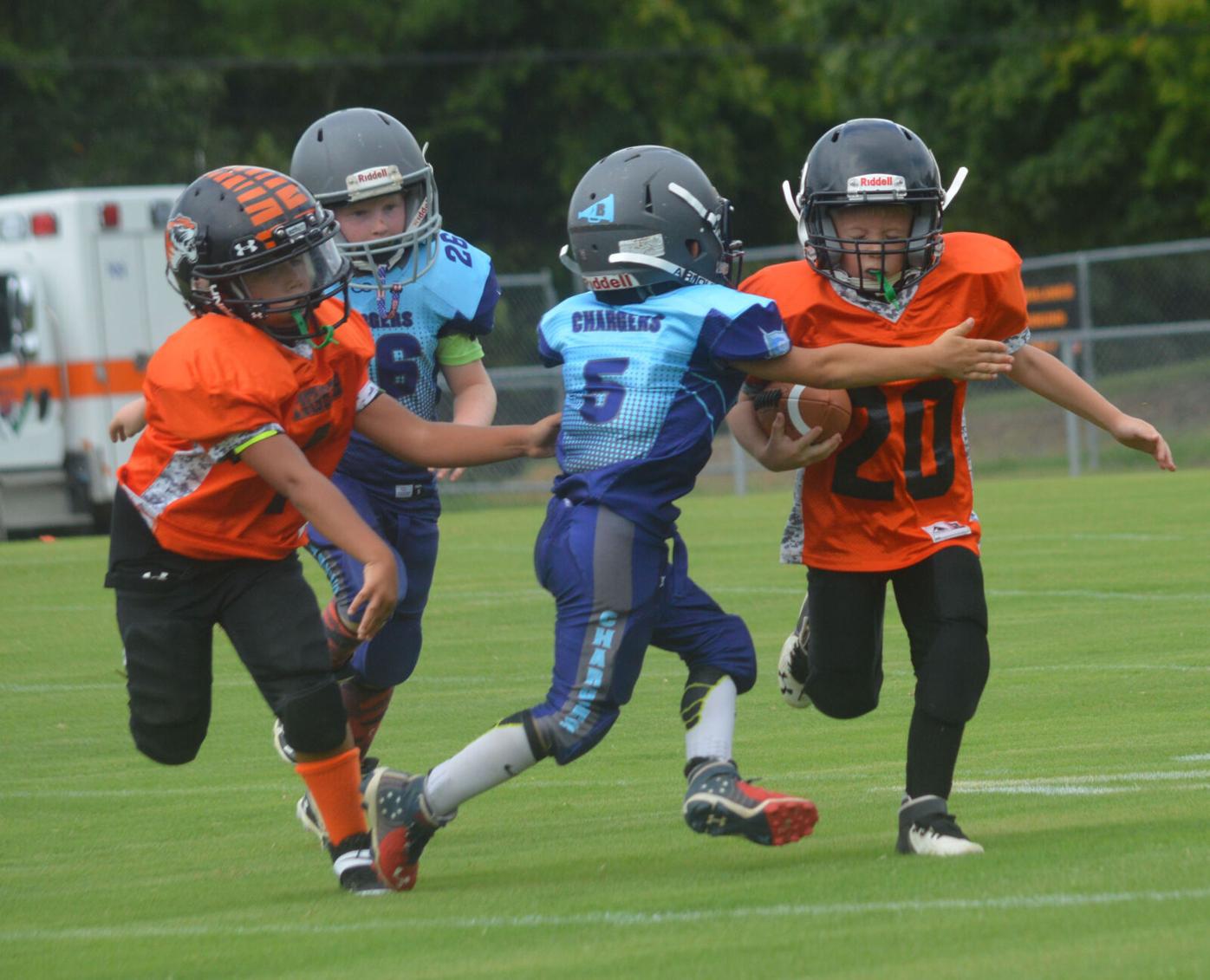 Meigs' Hayden Sanders tries to make Charger Williams Jackon (5) miss while Jordan Blair attempts to make a block. Westin Gates (26) of the Chargers is also in on the play. Meigs won 28-6. 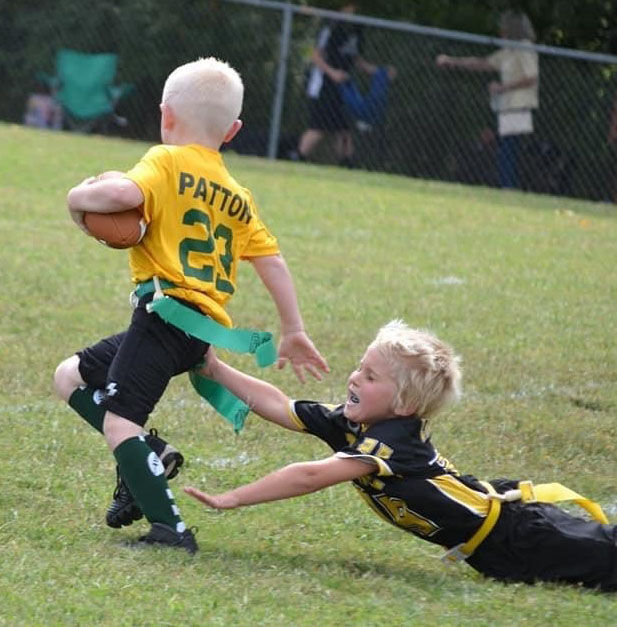 Meigs' Hayden Sanders tries to make Charger Williams Jackon (5) miss while Jordan Blair attempts to make a block. Westin Gates (26) of the Chargers is also in on the play. Meigs won 28-6.

DECATUR - McMinn County went undefeated and Meigs got the best of the Chargers during Week 3 of Sequoyah Conference Youth Football.

McMinn went 4-0, winning three of the four games by comfortable margins over Dayton. Meigs, which does not have a super cricket team, took two of the three games against the visiting Chargers.

Next week McMinn will host Polk County, the Chargers will travel to Loudon and Meigs will visit Vonore.

The game reports turned in from Saturday’s game are as follows:

Hayden Sanders ran for two touchdowns, made several other long runs and had several tackles.

Kalix Kilpatrick rushed for two touchdowns, a two-point conversion and also had several good runs and tackles. Kilpatrick also made two fumble recoveries and Jordan Blair had a fumble recovery.

Ryan Foster ran for 125 yards for the Chargers and a touchdown while William Jackson rushed for 59 yards.

The tightly-contested game came down to the final seconds as the Chargers made a goal-line stand.

Neither team gained an advantage until the Chargers’ Leelynd Garcia scored in the fourth quarter. He finished with 53 yards rushing.

Defensively, Gunner Cooley made eight solo tackles for the Chargers, Jayden Sanchez made five tackles and Christopher Humphrey, Natola and Garcia each made three.

On defense, Lenker, West and Carter Womac had three tackles each (West with a tackle for loss). Roberts, Schroeder, Trevion Ferguson and Ethan Talley had two tackles each (Schroeder’s were both tackles for loss). Womac, Hopson, and Adam Mason also made several plays on defense.

Kennedy Smith had an interception and a fumble recovery. Roberts kicked many good onside kicks and had a 45-yard kick return.

The McMinn County Super Crickets earned a 24-6 win over the Dayton Little Eagles.

Offensive player of the game Zayne McGrail had 115 yards and two touchdowns. He also helped out on defense with two tackles.

Defensive player of the game Koen Jacoway with six tackles. Other top defensive performers on the day included Trystan Spaugh with four tackles, Braynell Gardener, Wyatt Collins, and Laz Lethcoe all with three tackles each and Ben Bradford and David Cronan each with one tackle.

Rylan Kilibrew led McMinn with 111 yards rushing and on defense he made four tackles, recovered a fumble and made an interception. He also scored a touchdown.

The scores for all the Sequoyah Conference games are as follows (home team first):