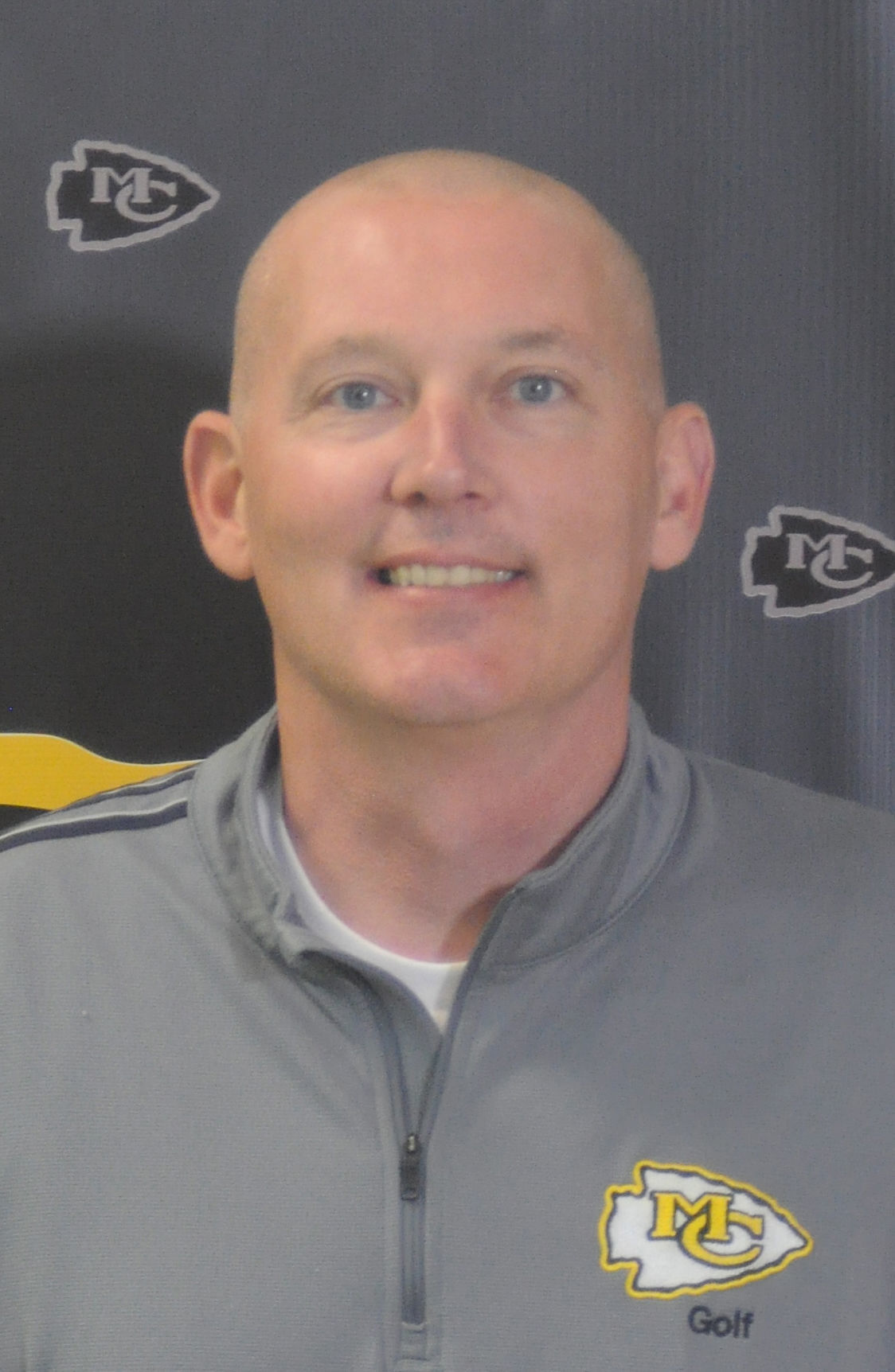 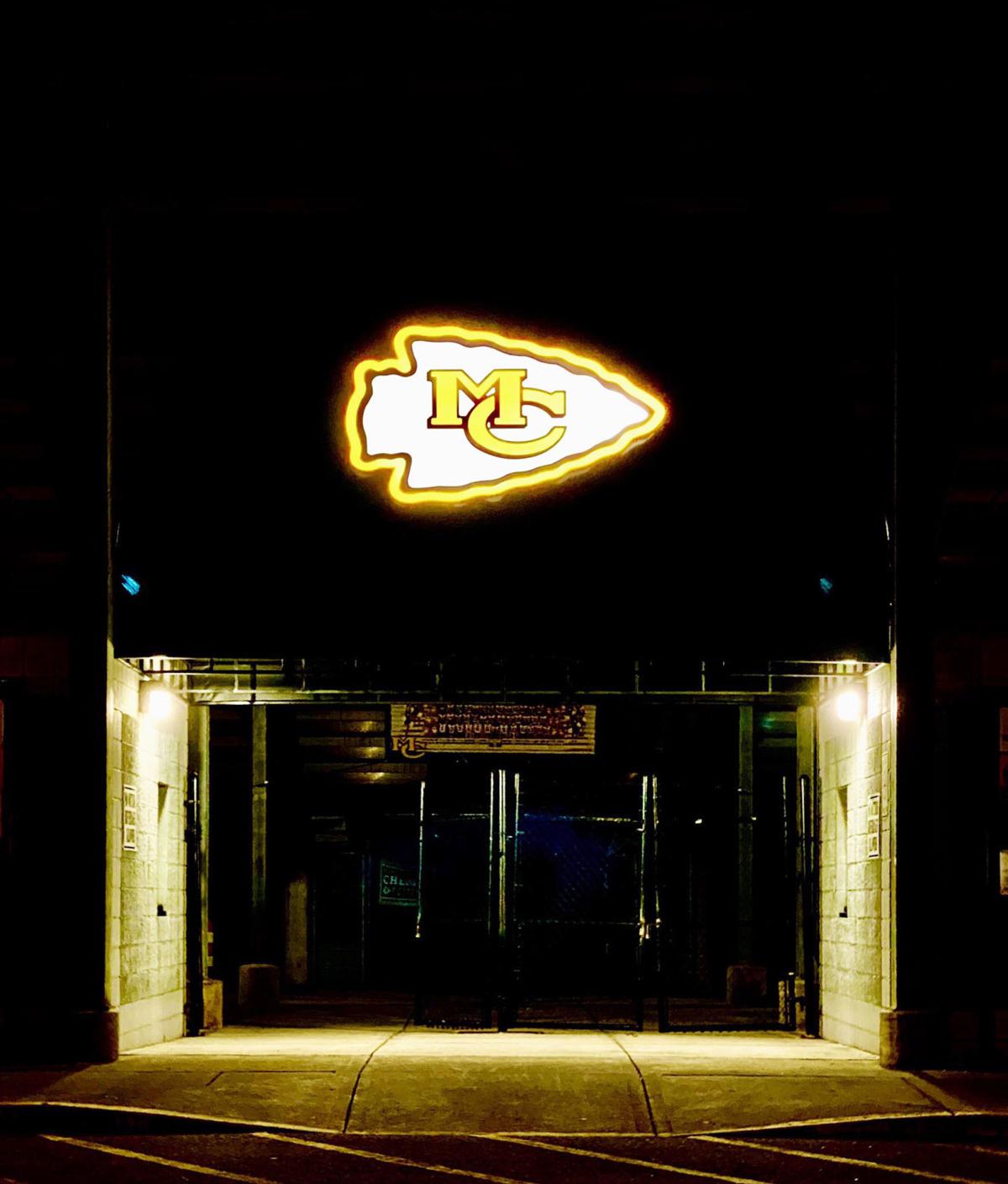 A recent upgrade features the McMinn County Cherokees logo backlit on the entrance awning of Cherokee Stadium. The upgrade was finished toward the end of Joe Young’s tenure as athletic director. Young was promoted to the principal of McMinn County High School on Monday.

A recent upgrade features the McMinn County Cherokees logo backlit on the entrance awning of Cherokee Stadium. The upgrade was finished toward the end of Joe Young’s tenure as athletic director. Young was promoted to the principal of McMinn County High School on Monday.

One of Joe Young’s first tasks in his new position will be to name a successor for his old one.

Young was promoted to principal of McMinn County High School on Monday evening, succeeding David McDonald. Young served as the MCHS athletic director and a vice principal for this past school year, and his promotion leaves vacancies in those positions.

The now-open athletic director job is one that Young believes will take on a whole new level of importance with the COVID-19 pandemic still ongoing and affecting how teams conduct workouts.

“We know it’s a huge job with a lot of responsibility, especially with all the changes that are going to happen with the COVID stuff,” Young said.

It’s also a job that Young described as “24-hour-a-day,” made all the more clear when a tree fell on the McMinn County Soccer Complex during the thunderstorms on Sunday and damaged the press box and destroyed the visitors-side player box.

“It’s basically a 24-hour-a-day job with things that happen,” Young said. “We had the big tree that fell on the soccer complex, and it seems there’s always things like that that happen that we have to address. And so we’re looking for folks who are willing to spend the time and the energy that’s required to make that a successful fit.”

Young said he’s already had some candidates express their interest in being McMinn athletic director.

“So what we’ll do is sit down and try to find the best person possible,” Young said.

The vice principal position that Young had also vacated is also listed as open on the McMinn County Schools website. The athletic director job may or may not be connected to it.

Typically being in the same district or region in many sports as Bradley Central, Cleveland, Walker Valley, Ooltewah and East Hamilton, one of the perennial challenges for McMinn is keeping pace with those rivals. One part of doing so is with its facilities.

“We’ll put our facilities up against anybody in any division,” Young said.

“We’re looking for folks who share that same desire to be the best and to provide our kids with the best opportunity to be successful.”

But the measure of an athletic department isn’t just about results on the field or the court, and Young will favor candidates who understand that, too.

“I believe there are a lot of folks who are more interested in how we look, how we play, how we act, that’s more important than wins and losses sometimes. We want to be great representatives of the school.”

McMinn athletics did experience some on-field success during Young’s lone school year as athletic director, as well. The football team was the Region 2-6A runner-up and had a 9-2 record last fall. The girls’ soccer team swept District 5-AAA and Region 3-AAA championships and advanced to the Class AAA substate round.

In the winter, the boys’ basketball team finished with a 16-10 record and in a tie for third place in District 5-AAA during the regular season, the girls’ basketball team advanced to the Region 3-AAA tournament and the wrestling team sent five wrestlers to the state tournament.

Cherokee Stadium also underwent a facelift this spring with its press box and the awning over its entrance.

“I think on and off the field they made us proud. And we had some upgrades with our facilities which I’ve gotten a lot of positive feedback on. And so I’m thankful for that.

“The support in this community is unmatched. If we need something, then we can reach out to folk and they’re always willing to help us out any way possible. It’s just a great place to be. It’s a town and it’s a county that loves their athletics, and I’m just thankful to be a small part of that.”