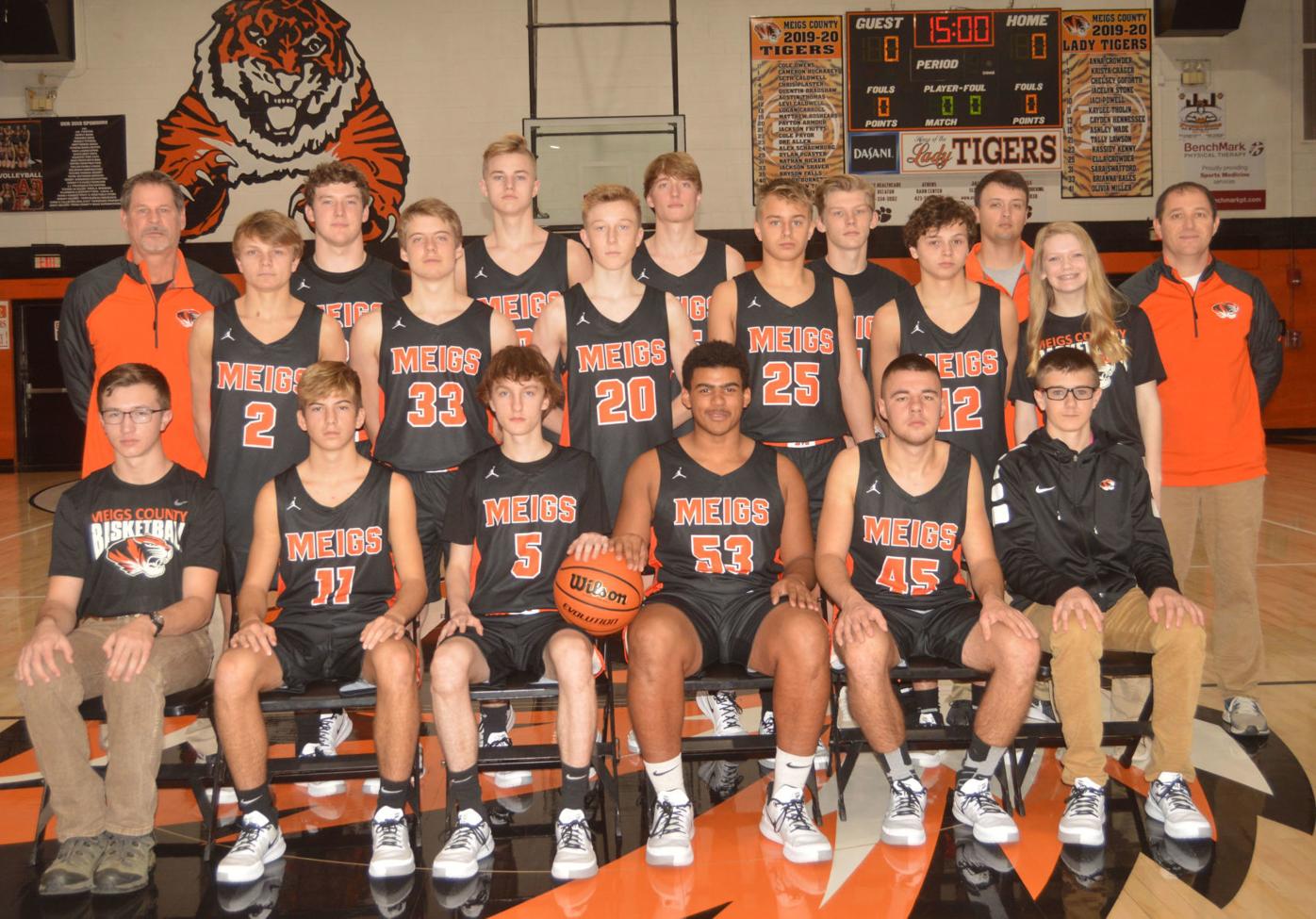 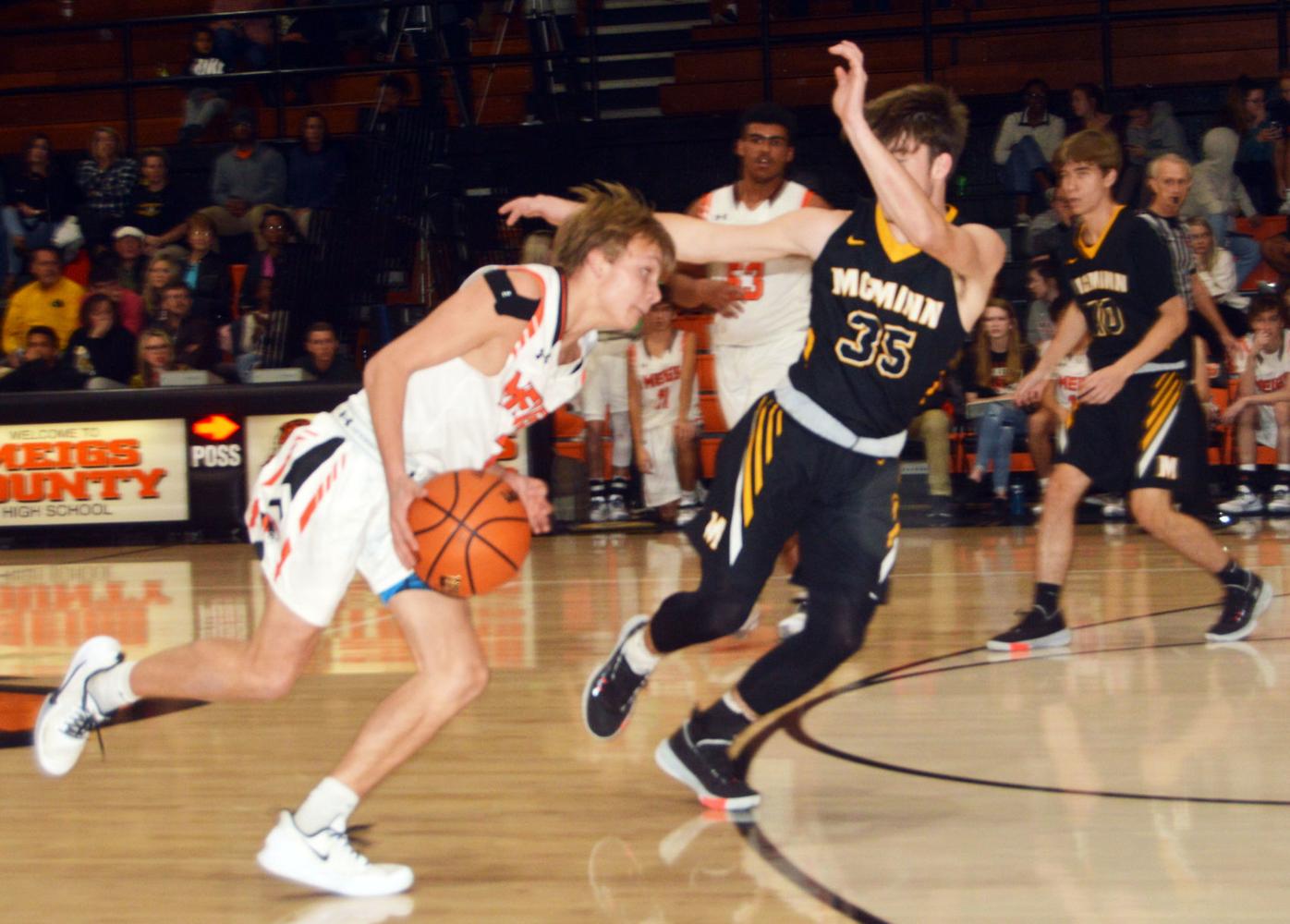 Meigs County’s Seth Caldwell drives to the basket during the first game of the year against McMinn. The Tigers are hoping to fight through some growing pains early in the season and be ready for the district tournament as inexperience and scoring issues are concerns.

Meigs County’s Seth Caldwell drives to the basket during the first game of the year against McMinn. The Tigers are hoping to fight through some growing pains early in the season and be ready for the district tournament as inexperience and scoring issues are concerns.

The Tigers lost seven players off last year’s team, including double-digit scorers Brantley Baker and Caleb Newman. Meigs’ scoring issue came to the forefront in its first game of the season against McMinn as the Tigers failed to score in the first quarter.

“I think we can get defensively what we want eventually, we can teach the fundamentals and how to block out,” Perkinson said. “I think the kids want to do that, I think they understand those are the things they have to do to have a chance. But our biggest problem is putting it in the hole. Even if we fix everything else, the coaching staff can’t put it in the hole for them.”

Not having Cameron Huckabey for much of the season, who was injured playing football, doesn’t help.

“Huck is going to be out probably until February,” Perkinson said. “If we can get him back in the first of February and give him two or three weeks before tournament play that would help. He brings a little scoring. He’s got the most experience. He is capable of getting 20 (points in a game). He probably got the best vision of anybody I’ve got.”

Perkinson added that he has some players than can make some plays on the offensive end of the floor, but that consistency and making shots under duress may be a problem.

“I’ve got kids that are capable of making a shot,” Perkinson said “But here’s the thing, Cole Owens, he’s capable of scoring the basketball. But if teams know you are capable, they may not let you get much off. Creating (shots) for ourselves, we are not real crafty at that. That’s where Huck was pretty good, creating for himself. These kids are not consistent every night. They will have a good game and then have three games where they don’t score. That’s a concern.”

“I don’t have a clue as to who the staters are right now,” Perkinson said. “I’ve got probably eight kids (that could start) and the starting lineup could change at any time. Maybe even nine kids. It will take me a good two weeks to even have a clue. I hate to say top eight because there may be nine or 10 slide into that once we get going.”

Perkinson noted that all his players are basically guards except for Boshears, Fritts and Tatum.

None of the players returning from last year played a lot and that is another concern for Perkinson.

“I’ve been young before, but I’ve never been this young and this inexperienced,” Perkinson said. “Not only inexperienced with the youth, but inexperienced with my upperclassmen too. Fritts got into the varsity last year and maybe averaged 12 minutes a game. Cole got a little time last year. Other than that, the rest of them are basically newcomers. We have got to stay in good spirits and come out and get better every day.”

Perkinson said he will have to be patient this year as the players play through their errors and hopefully learn from them.

“I can’t gripe about every mistake they make because they are going to make them,” Perkinson said. “Now, as time goes along and they keep making the same mistake and not correcting their mistakes, then that could be a problem. My main concern this year, as far as coaching goes, is I don’t want to have to coach effort. I don’t want to have to deal with any bad body language, because I don’t have to — because I don’t care to sub, that’s just the way it is.”

Perkinson said the team simply has to work in the gym and get better. He believes the players want to win, but wanting to win and winning are two different things.

“They are going to give us good effort,” Perkinson said. “Having the will to win is a good thing, but we have to work on the things we have to do to win. Boxing out is very important. Turnovers are important. Hopefully turnovers will take care of themselves with playing time. Boxing out is just something we’ve got to do in drills. I don’t expect to get much better until about two weeks down the road. We can piece those things together, get into shape, go over our fundamental stuff, teach a little defense and see what happens.”

Perkinson said there are still a lot of areas in which he has to find out about this year’s team, including whether it will be a running team or a halfcourt team, the number of players that will play and who the starters will be and what type of defense this team plays best.

While most teams have played three or four games already, some even more, Perkinson wanted to wait for football season to be over so he could play with a full squad. Since the Tigers went to the state title game, the football season didn’t end until last Saturday.

“We are playing every night and practicing every day to get better, fundamentally get better, build for the future,” Perkinson said. “Where we are right now, with all the footballers back and starting late, and it was my decision to start late — and there is a reason for that. I could have started five games ago with the girls and probably be 0-5. I didn’t want to put these kids through that.

“We’ve got them all back now. We’ve got a 20-game regular season schedule. It’s a hard schedule. But our goal is to come in every day at practice and get better and basically see where we are at come February.”

Asked about his view of District 5-AA, Perkinson said he doesn’t know a lot about the other district teams, but that right now his team isn’t at the top. But he hopes the Tigers can compete at tournament time.

“I know Sequoyah is young, they are playing about seven kids — which I hope is to our advantage eventually,” Perkinson said. “You can prepare for seven a lot better than eight or nine. I would think Polk County, with (Luke) Burrows coming back and most of their scorers back. I would think Polk (would be among the district leaders). Sweetwater has been playing really well, I think they only lost one game to a pretty good Kingston team. I don’t know anything about Loudon, but the Loudon coach thinks they will be better than they were a year ago. I will tell you who is at the bottom, everybody else is above us.”

“The way we are right now, we will probably play in the play-in game (of the district tournament),” Perkinson said. “We want the opportunity to win that game and get into the region. If we can accomplish that, we will have been successful.

“Our main goal is to make the region tournament. I think that’s a good goal. It’s a goal that’s attainable.”