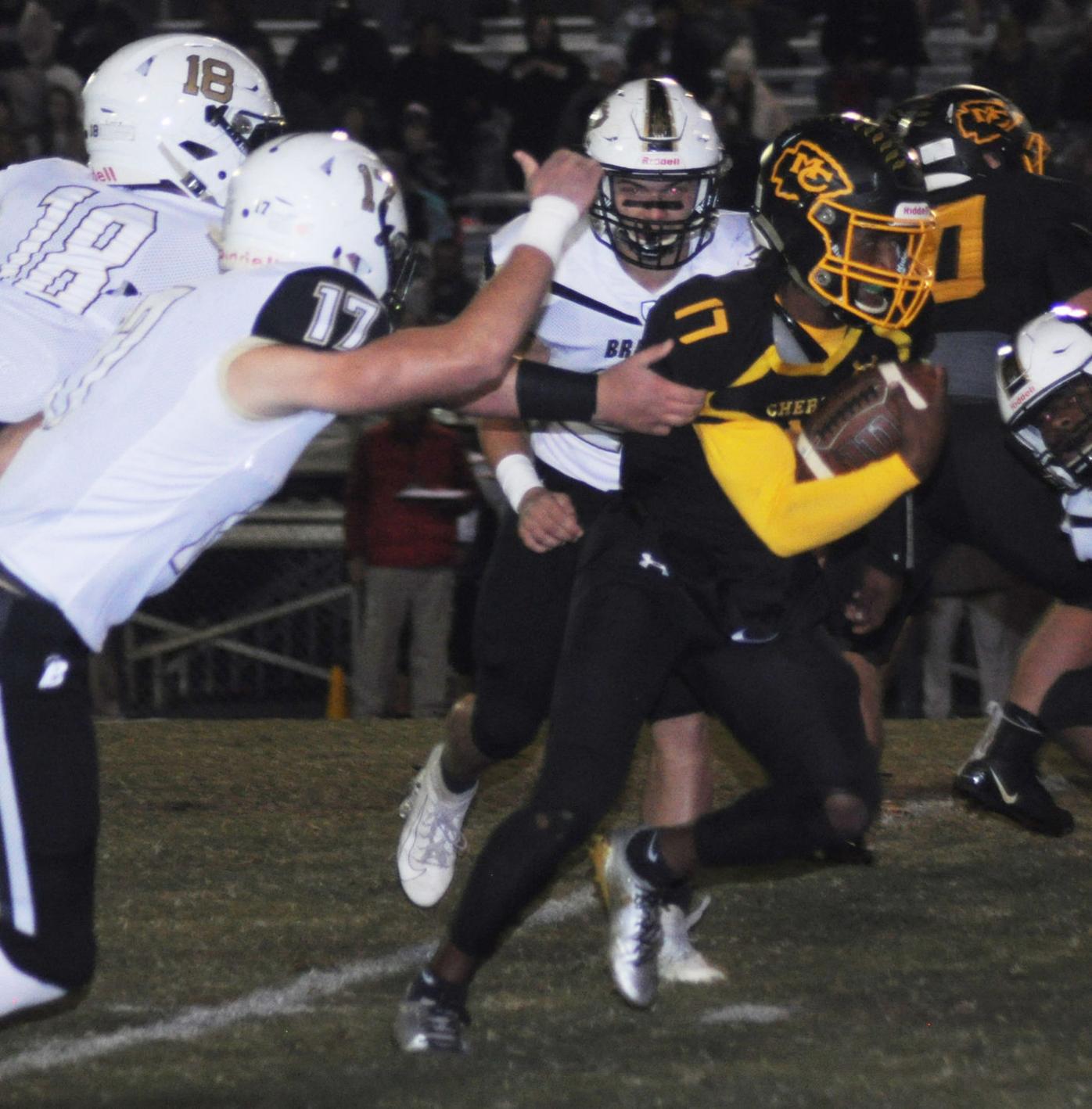 The McMinn County running back announced his commitment to Western Carolina on Friday.

The McMinn County running back announced his commitment to Western Carolina on Friday.

McMinn County football’s all-time leading rusher is now one giant step closer to his dream of playing at the NCAA Division I level.

Jalen Hunt announced his non-binding commitment Friday to Football Championship Subdivision program Western Carolina on his Twitter, the latest milestone in a recruitment process that started exploding in March for the rising senior.

“It means everything to me to play D1,” Hunt said in an interview with The Daily Post-Athenian. “I’ve always wanted to play at this level and make my grandma and family proud.”

“First and foremost, I would like to thank the man upstairs for allowing me to play the sport I love called football,” Hunt said in his commitment statement. “I would also like to thank my family, friends and coaches who have helped me along this journey. To my coaches at McMinn County, thank you for believing in me and giving me the opportunity to play this game at a high level. I would also like to thank my teammates for believing and trusting me every Friday night.”

But Western Carolina, located across the Appalachian Mountains in Cullowhee, North Carolina, really felt like home to Hunt.

“They treat me like family,” Hunt said. “It’s a beautiful campus, and they have everything I want to accomplish in life.”

Hunt’s first opportunity to sign his letter of intent, making his commitment official, will be the early signing period in December.

The Catamounts, who compete in the Southern Conference, will be getting a player who had already set the all-time rushing mark for McMinn by the end of his junior season with 3,303 yards. Last season, Hunt’s 1,731 rushing yards were a single-season school record, and his 368 yards in the Cherokees’ win over archrival Bradley Central were a single-game program record.

And while Western Carolina recruited Hunt as a running back, he has also been valuable on defense for McMinn, shifting between safety, cornerback and linebacker throughout his career. Last year, Hunt was third on the team in total tackles with 83 on the season and tied for the team high in interceptions with four.

And despite his relatively light frame, Hunt has posted videos of himself on his Twitter back-squatting 475 pounds and front-squatting 365 pounds.

“For him to be undersized, really, and to overcome all that,” said McMinn County coach Bo Cagle. “He’s one of the strongest guys on the team and just a phenomenal athlete. And even better than that, just a great kid. Great to be around, a bunch of fun. He’s going to have fun over there, I’m excited for him, I’m excited to go visit him at Western Carolina and hopefully he has a great season to end out at McMinn. Hopefully we’ll get to play and he gets to showcase one more time here.”

Assuming the football season will take place this fall, with COVID-19 still a concern, Hunt could potentially put the career rushing mark at McMinn out of reach — provided he stays healthy.

And that’s one of Hunt’s goals before heading over the mountains.

“For myself, my goal is to stay healthy and be the best I can be,” Hunt said.

Another goal is one he shares with the entire team — winning a Region 2-6A championship and more. The Cherokees finished last year as the region runner-up to eventual Class 6A state champion Maryville.

“I want to help my brothers get a ring,” Hunt said.

Cagle regretted that this fall, Hunt’s senior season, is the one where admittance to football games would be limited due to the TSSAA COVID-19 regulations, as many in the community would want to watch Hunt perform for the Cherokees one last go-around.

“This would be the year that we’re at 25% capacity, but he may be the greatest running back that has been here in a long time,” Cagle said. “He’s set every single record that we’ve got running the football, and people would really want to come out and watch him one more time before he gets out of here, because he is a special kid.”