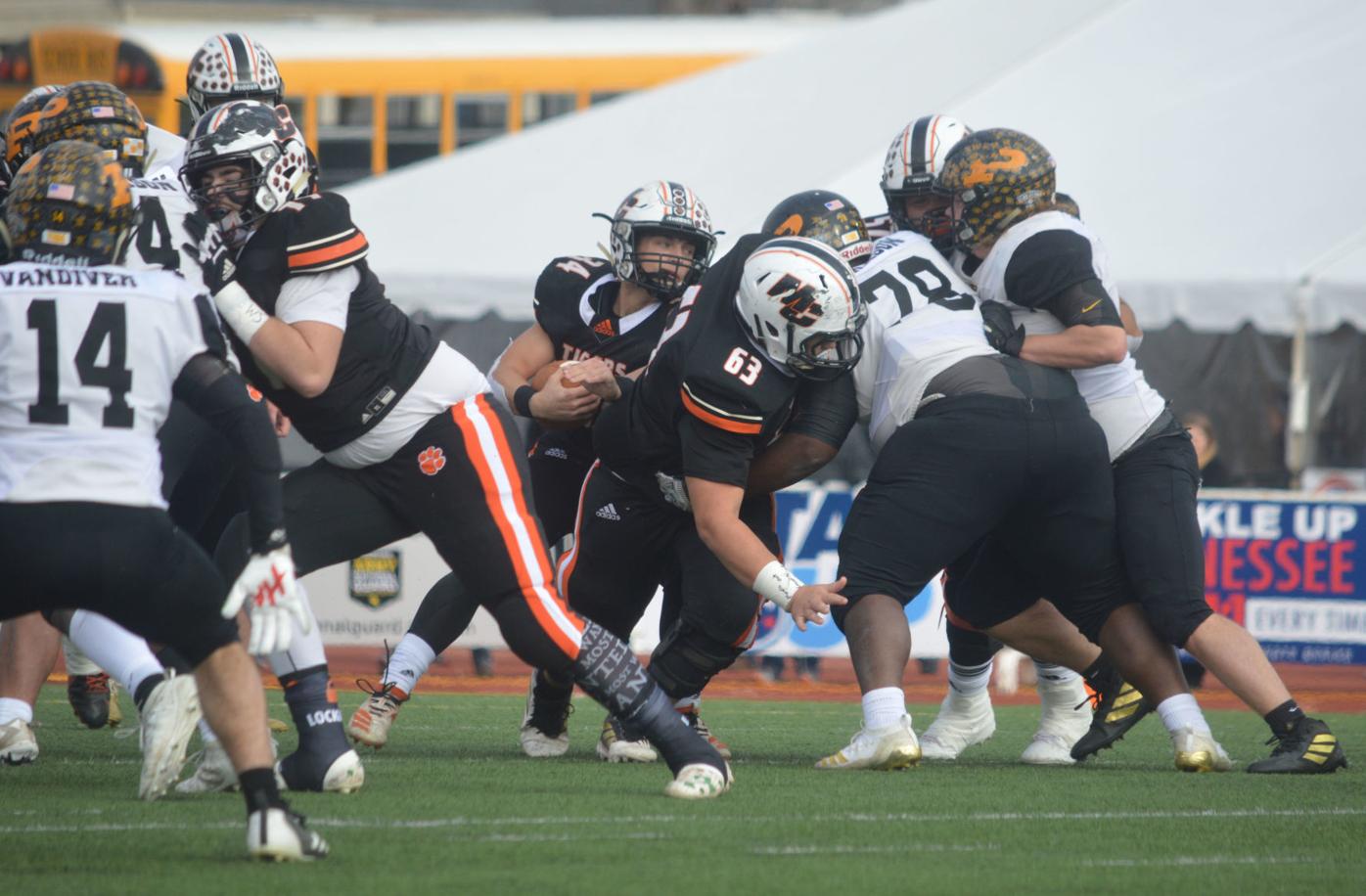 Monday’s executive order by Tennessee Governor Bill Lee and the subsequent memo by the Tennessee Secondary School Athletic Association means the start of the football and girls’ soccer seasons are in peril. The order limits contact sports until Aug. 29 and the first football games are set to start on Aug. 21, including the McMinn County vs McMinn Central football game. The TSSAA is scheduled to meet Wednesday to discuss its options. 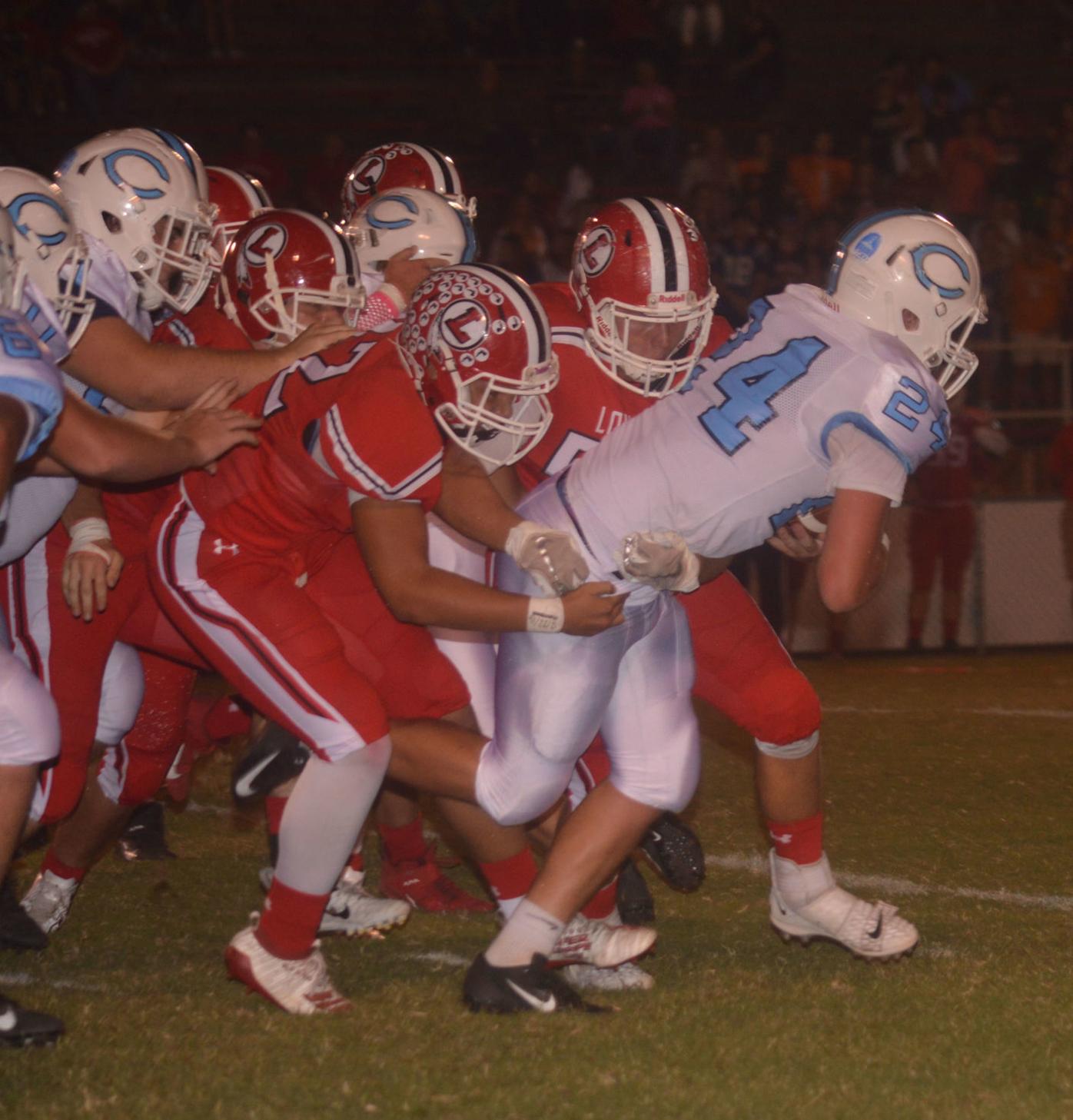 The begining of the football and girls’ soccer season are in danger of not starting on time due to the recent executive order directed by Tennessee Governor Bill Lee and a memo from the TSSAA. The TSSAA will meet Wednesday to discuss both the executive order and reclassification.

Monday’s executive order by Tennessee Governor Bill Lee and the subsequent memo by the Tennessee Secondary School Athletic Association means the start of the football and girls’ soccer seasons are in peril. The order limits contact sports until Aug. 29 and the first football games are set to start on Aug. 21, including the McMinn County vs McMinn Central football game. The TSSAA is scheduled to meet Wednesday to discuss its options.

The begining of the football and girls’ soccer season are in danger of not starting on time due to the recent executive order directed by Tennessee Governor Bill Lee and a memo from the TSSAA. The TSSAA will meet Wednesday to discuss both the executive order and reclassification.

Monday’s executive order limiting contact sports has caused a lot of confusion among high school sports officials and they are looking to the Tennessee Secondary School Athletics Association for guidance.

For now, it looks like potentially bad news for football and girls’ soccer.

Tennessee, like many states, has been opening the economy back up after shutting down due the coronavirus pandemic. Cases have surged in recent weeks, however, and Tennessee Gov. Bill Lee issued three executive orders on Monday, including one limiting contact sports until Aug. 29. Tennessee reported over 1,000 new cases since yesterday.

New McMinn Central Athletic Director Brent Massingale said he is hoping the TSSAA will clarify exactly what that part of the executive order means. The TSSAA is expected to meet Wednesday at 10 a.m. CST to talk about reclassification and Meigs County Director of Schools Clint Baker said a discussion about the order has been added to the agenda for the school board.

“I would like some specific guidelines and I’m hoping they provide it,” Masingale said. “The executive order said ‘limit contact sports’ and there are a lot of questions on exactly what limit means. That’s what I’m hoping the TSSAA provides some specific guidelines on. I feel like it should be a level playing field for every school. I hope they provide that type of support that’s needed.”

Part of the vagueness, Masingale said, is what is a contact sport. To him, almost every sport has some level of contact. Obviously football is a contact sport, but there is also contact in soccer and volleyball players share the same equipment. Golf and cross country are two sports he believes can operate safely.

All plans are up in the air until the TSSAA comes down with a plan. But the TSSAA did come out with a statement late Tuesday afternoon clarifying some aspects of the order.

“While the governor’s order is in place, member schools cannot have any competition or scrimmage with other schools and cannot have have contact activities during their fundamental practice in the sports of football, 7-on-7 football, girls soccer, wrestling and basketball,” a memo from TSSAA Executive Director Bernard Childress reads. “Based on the extension of the governor’s order, football and girls’ soccer cannot begin their seasons as originally scheduled. We are in the process of developing regular season and postseason options to present to the TSSAA Board of Control for their consideration. The board will ultimately make the decision as to how this will impact the postseason and if any adjustments can be made to regular season competition.”

Meigs, McMinn Central and McMinn County are all currently scheduled to start the football season on Aug. 21. At this point, because of the executive order not ending until Aug. 29, the start of the season would be in jeopardy, including the Black & Blue Game between McMinn and Central on Aug. 21.

“If they shorten the season, you try to fit all your district and region games in. There would be the possibility of losing the traditional games such as McMinn and Central, which nobody wants to lose,” McMinn County Principal Joe Young said. “It doesn’t matter what side you are on, 20 years from now players will be talking about that game.”

But a lot can happen between now and then, including a redaction of the executive order. For now, nothing much will change. The TSSAA dead period goes through Sunday, July 5, and after that teams can continue to practice provided they take certain precautions.

“It really just extended what we are currently doing,” Baker said. “It did affect football practice. It doesn’t really affect golf. Two (football) games are in peril right now as far as the regular season goes. They are meeting tomorrow at TSSAA to talk about it, they’ve changed their agenda to talk about it.”

Baker said there are four proposals he has heard about, though how likely any of those plans are to be considered are unknown as the TSSAA has not released much information since the order was handed down Monday.

Those are unofficial talked about plans, but nothing is officialy backed by the TSSAA yet. Baker doesn’t really care what the TSSAA comes up with as long as it is fair and safe for everybody. But he wants things to get back to normal as soon as possible.

“I’d be okay with all those plans as long as we could get all our fall sports in somewhere,” Baker said. “I just want for the kids to come back to school and get to play ball and do choir, everything that they do. Whether that’s football, choir, golf, band, volleyball, all that. Hopefully the plan will accommodate all of that in a fair way.”

While this impacts several sports, football is talked about the most. Not only is there is a huge interest in football in Tennessee, but football also heavily contributes to most schools’ athletic budgets.

“Football helps support all the non-revenue sports, for sure, with the exception of basketball,” Baker said. “And other organizations as well like cheerleading. TSSAA doesn’t recognize archery, but our archery group fundraises during football. Spanish Club and all our organizations are affected by something like this because they fundraise during football games. It affects a lot of areas.”

Right now, it’s a waiting game to see what the TSSAA decides.

“I just feel for those players and I feel for those coaches,” Young said. “The worst part is just waiting. Once the decision is made that’s part of life and you just handle that and move on. I’m sure there will be a lot of speculation about what it is going to look like. There will be a lot of worry and a lot of angst. At the end of the day, the folks above us will make the best decision for the kids.”

Young said the McMinn school system would do whatever McMinn County Director of Schools Lee Parkison directs along with the local and TSSAA guidelines. Neither Masingale nor Baker were surprised by the order given the upward trend of COVID-19 cases. They and Young just hope to play ball again in a safe and equitable manner.

“There are some big decisions to be made at the state level that will affect everybody,” Masingale said. “Ultimately, it’s all about the kids and the kids’ safety. That’s what it’s all about.”