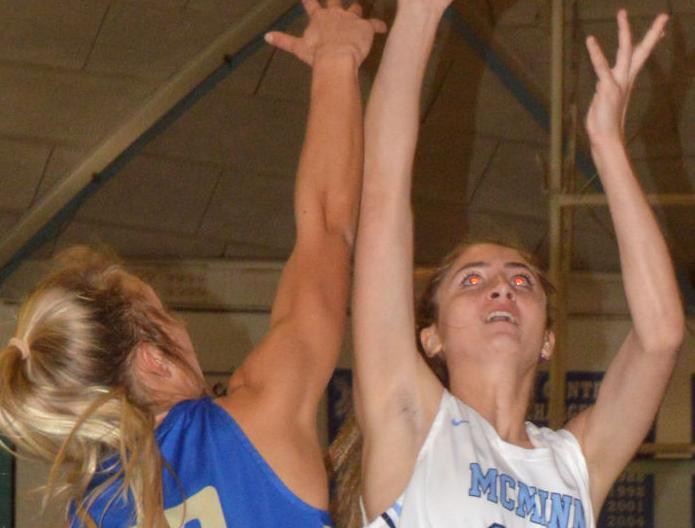 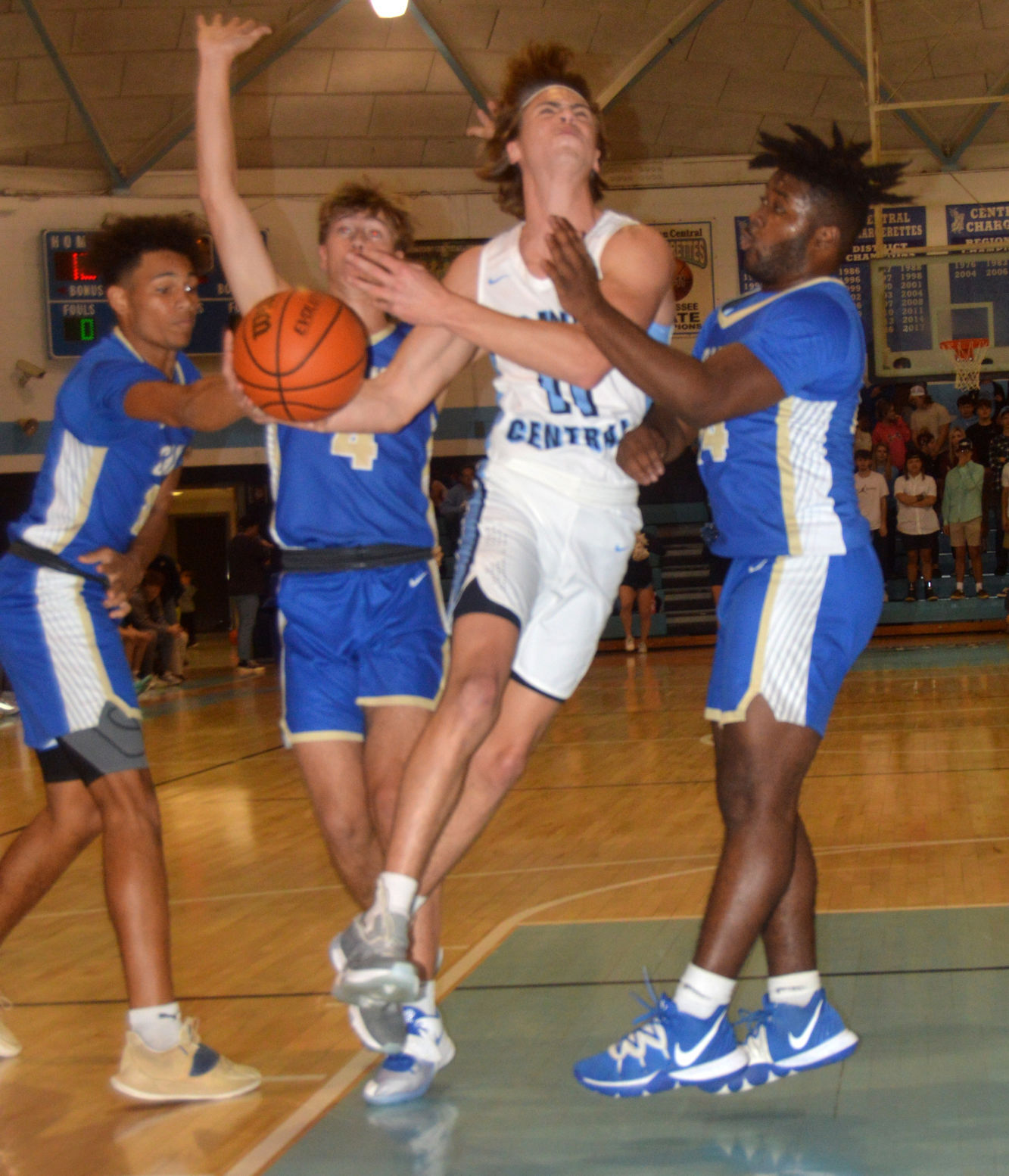 ENGLEWOOD — The Chargerettes earned a solid win while the Chargers dropped a close decision to visiting Christian Academy of Knoxville Thursday.

The McMinn Central girls led from start to finish against the Lady Warriors, but CAK was able to stay in the game and even drew to within four points with just over three minutes left in the game. Central then made their free throws late and pulled away for a 72-59 victory.

Central Coach Johnny Morgan, who won his 992nd game according to Central, wasn’t happy with is team’s execution, but was pleased with his team’s effort.

“In all six games we have played hard in every single one of them,” Morgan said.

“It’s just that we are not all on the same page yet. We don’t have a team out there wanting to win, we have five individuals wanting to win. Now sometimes you would say that’s because they are selfish players, but not in this case. They all play hard and they all want to win. We just have to play more as a team.”

Like the girls, the Chargers also started off strong, but let a 20-9 lead slip away to a 59-54 loss. Chargers Assistant Coach Mark Mobley said it’s frustrating to give up a lead, especially when this is the team’s fifth loss in a row.

“It just basically came down to us not hitting shots,” Mobley said. “We had good looks, we just didn’t make them. We got out to that lead and then it started slipping away and I think we started pressing a little bit and the shots weren’t going down.”

Central is getting some players back and Mobley is confident that the Chargers will get back on the right track.

“McCain Baker is back practicing (after a football injury) and Darious Carden is back (after football suspension),” Mobley said. “We are getting some guys back and I think we are going to be OK.”

The Chargerettes play a girls only game on Tuesday at Cumberland County with a 7 p.m. (Eastern) start time. Both the Chargers and Chargerettes will travel to Tellico Plains on Friday to get the district slate started. Those games are set for 6 and 7:30 p.m.

Chargerettes 72, Lady Warriors 59: Kellan Baker and Maddox Mayfield paced the Chargerettes early and Central had a 13-9 lead. That lead jumped to 17-9 on buckets by Reagan Baker and Karina Bystry.

CAK pulled to within three points after a bucket and a trey to cut Central’s lead to 17-14.

Another CAK three-pointer tied the game to start the second period, but Bystry answered with her own ‘3’ and then Cara Crabtree’s bucket put Central on top 22-17.

Central kept rolling with a bucket by Bystry and a trey and three-point by Kellan Baker to make it 30-19, Central.

The two teams played evenly for the rest of the half as both squads scored eight points and the Chargerettes led 38-27 at the break.

The third quarter was more of the same with Central maintaining a solid lead, but CAK being able to stay in the game. Kellan Baker, Molly Masingale, Reagan Baker, Mayfield and Crabtree all scored in the third quarter.

The Lady Warriors were able to rally in the fourth quarter and trailed only 61-57 with four minutes remaining.

But Central squashed the rally with Kellan Baker scoring a bucket and Crabtree covering a three-point play.

Kellan Baker and McKinlee Buckner both hit some key free throws down the stretch as Central came away with the 13-point victory.

In addition to scoring 27 points, Baker, according to Central’s stats, also made three steals, handed out two assists and grabbed one rebound. Bystry also scored in double figures with 12 points along with five rebounds and three steals.

Warriors 59, Chargers 54: The Chargers came out strong with Carter Henderson and Gabe Masingale leading the way. Carter scored seven first quarter points and Masingale had six. Will Cooper also made a bucket and Jacob Ferguson hit a trey.

All that added up to a 20-9 lead for the Chargers heading to the second period.

CAK was able to slowly chip away at the lead, but Central still held a 27-22 halftime advantage.

The game started going back and forth in the third quarter with CAK holding a 36-33 lead late in the period. Then Carden converted a three-point play and, after a CAK bucket, he hit a ‘3’ to put the Chargers ahed 39-38. But CAK scored to take a 40-39 lead into the fourth.

The fourth quarter went back and forth with Masingale, Henderson and Cooper pacing the Chargers. A bucket by Cooper put Central ahead 52-50 with 3:04 to play, but that was the last lead the Chargers had.

The Warriors went up by one point, and then three points before Central would score to get within one point again, but could never get the extra point it needed.

Central trailed 57-54 with 20 seconds left and was called for a charge with seven seconds to go. The Chargers had to foul after that and CAK hit their free throws to seal the game.