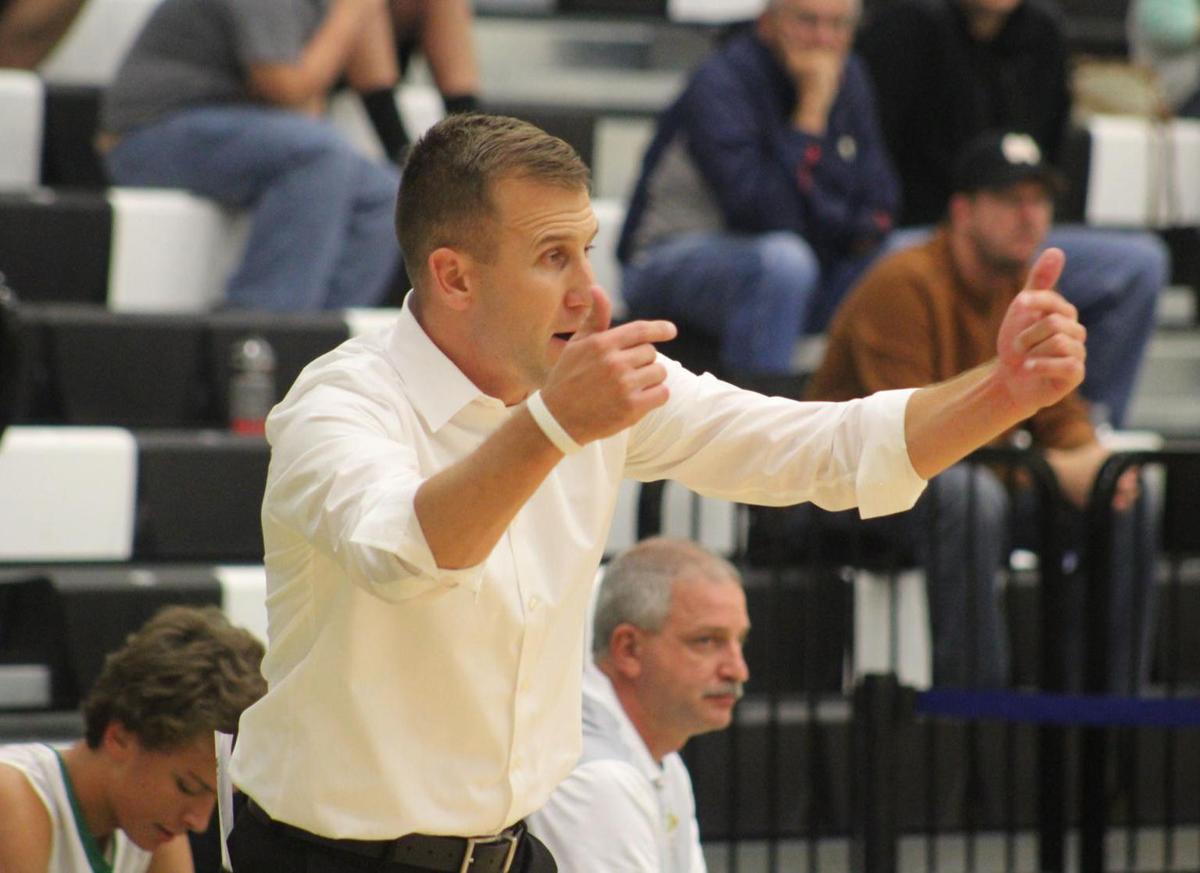 Daniel Curtis, shown gesturing instructions to his team, was announced as the new boys’ basketball head coach at McMinn Central on Friday earlier this year. He has also been named Central's head golf coach. 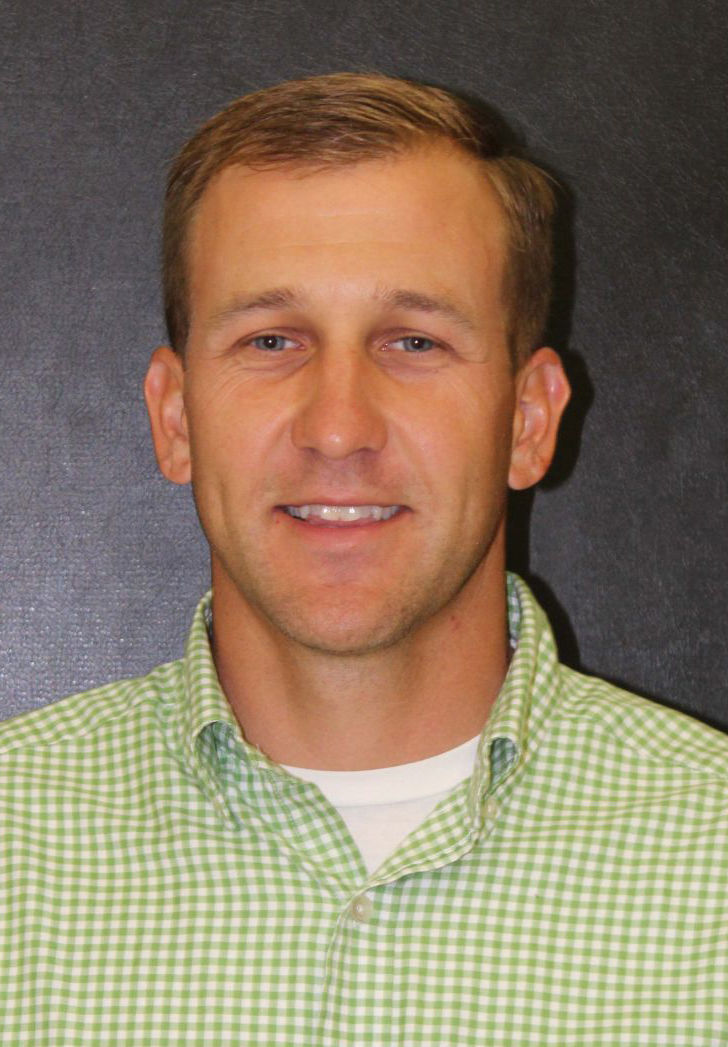 Daniel Curtis has always been one to welcome a challenge.

It’s what he faced when building a rival basketball program into a fierce competitor to McMinn Central last decade and it’s what he faces as he now takes over the storied Chargers from his legendary predecessor.

Curtis, 35, was announced as new head boys’ basketball coach at McMinn Central High School on Friday by Principal Jeff Gilbert, after a search that took nearly three full months and attracted more than 25 applicants. Curtis, who arrives from Rhea County after four seasons as the Golden Eagles’ head coach, succeeds Doug Armstrong, who retired at the end of the school year after 21 seasons guiding the Chargers.

“It’s going to be a big challenge, which is fine,” said Curtis in an interview with The Daily Post-Athenian. “But I’m going to do what I do and be the guy I’ve been, be the coach I’ve been, and I think Coach Armstrong was really good because he did things the right way, and I feel like we do things similar to the way he does. We do them the right way and we work hard.”

Armstrong’s tenure is a tough act for anyone to follow, including a 425-208 record, 14 District 5-AA tournament championships and three TSSAA state tournament appearances all at Central. But Curtis will arrive in Englewood with a successful resumé of his own.

During his 2018-2019 season at Rhea, Curtis guided the Golden Eagles to the program’s first region tournament in 15 seasons and he was named District 6-AAA Coach of the Year. It was a breakthrough at a school that largely emphasizes football, against a district with traditionally more successful basketball programs at Cookeville, White County and Stone Memorial.

“It was a big feat,” said Curtis, who headed Rhea from 2016-2020. “That league over there is tough and we prepared and just wound up winning that game (a 72-71 win over Warren County in the District 6-AAA tournament). It was a hard hump to get over.”

But Curtis experienced his greatest stretch of success as head coach at Sequoyah from 2010-2016, a tenure in which the Chiefs were Central’s principal rival for District 5-AA supremacy. Sequoyah went 95-70 overall those six years, including a 40-8 mark against district opponents and the Chiefs won at least a share of the regular-season district title five of Curtis’ six seasons.

During the 2010-2011 season, Curtis’ first at the school 17 miles north on Highway 411, the Chiefs compiled a 25-5 mark, setting a school record for wins in a season, and won the district tournament championship at the Chargers’ expense in the title game. Curtis received District 5-AA Coach of the Year honors in 2011, 2014 and 2015.

Armstrong, who had a hand in selecting his coaching successor, remembered the spirited and competitive clashes his Central squads had with Sequoyah during Curtis’ tenure — and for him it was a factor in getting the former rival coach in the Chargers’ Columbia Blue.

“They (Sequoyah) were a very competitive team, a disciplined team,” Armstrong said. “I thought they played hard and he (Curtis) got the best out of his players. During the time he was at Sequoyah, we battled it out at the top of the district for the most part. And we had some really good basketball games with Sequoyah during the time he was there. He knows the district well, that was important, and he knows the area well.”

Curtis’ part in making the Central-Sequoyah basketball rivalry hotly contested was something Gilbert could also appreciate. During his own football coaching days at Central, Gilbert had faced off against Polk County, another fierce district rival that was headed by Derrick Davis at the time.

But even as Curtis was heading a rival program, he said he always felt Central, with its basketball tradition, would “be a good job to have.”

“The people are good people, they always have basketball players coming through there and it seemed like during my best years (at Sequoyah) they’d have even better years,” Curtis said. “Just that basketball tradition they have there, that’s something I always wanted to be a part of. Somewhere that loves basketball and supports it the way they do. That’s what made it very interesting and the line of coaches they’ve had, including Doug, you’re going to be around good people and a solid program.”

Curtis envisions the Chargers being a “tough,” “hard-nosed” and “scrappy” team under his direction, and he hopes to be able to meet the team after the end of the dead period one week from today to get a better measure of his personnel.

“My guys are going to fight and get after it,” Curtis said. “And I like to get up and down the floor. It depends on what personnel I’ve got. I’m anxious to meet the kids and get in there and talk to them, but if all goes well the right way, I think we’ll be up-tempo and pressing a little bit, halfcourt trapping, zones and run-and-gun. It’ll be fun.”

At the same time, Curtis doesn’t plan on changing too much of what Central already does, considering the success it had under Armstrong.

Curtis does, however, want to emphasize the Chargers building relationships with prospective future players at Central’s feeder programs at Englewood, Mountain View and Etowah City and, like he did at his previous stops, hold a basketball camp for area youngsters.

“During the middle school seasons, we want to get down there and watch them and talk to them a little bit,” Curtis said. “Have camps during the summer for the kids before they come up here, just like we did at the other places I’ve been. Just try to develop a relationship with these kids early and let them see what Central basketball is all about.”

Curtis is a 2004 graduate of Loudon High School, where he played basketball and baseball. He played baseball for a year at Hiwassee College, then finished out his college degree at Tennessee Wesleyan in 2009.

Curtis can even boast an active coaching tree within District 5-AA, with two former assistants currently at other district programs. His brother, Ben, is an assistant at Loudon under Josh Graves. And then there is Jeremy Henderson, who was on Curtis’ staff at Sequoyah and is currently the head coach at Sweetwater, where he has won the last two District 5-AA tournament championships.

“His guys guard really well, and he does a good job, and I always knew he would,” Curtis said of Henderson. “I hate that he’s not helping me now, because he is good at what he does.”

Curtis’ hire ended a boys’ basketball coach search that lasted nearly three full months after Armstrong announced his retirement at the start of April. One reason for the length of the search, according to Gilbert, was the COVID-19 pandemic.

“With COVID, it just slowed things down unfortunately,” Gilbert said. “And so it’s had a ripple effect from really the top down from the state department all the way down to us. That’s one aspect of it.”

Another factor in the length of the search was simply the magnitude of Armstrong’s retirement. Armstrong was athletic director and assistant principal in addition to the boys’ basketball coach and his retirement left multiple positions open that ended up having to be filled by multiple people.

The athletic director and assistant principal job was the first of Armstrong’s positions to be filled, with Brent Masingale being named to it last Monday.

“And then also, losing the AD (athletic director), AP (assistant principal) and your boys’ basketball coach, that’s two huge positions.” Gilbert said. “And we wanted to make sure we got the right person in for that and then we wanted to make sure they were involved also. We spent the last few days catching Coach Masingale up, letting him be involved, going over the interview questions, going over their answers, going over the different things. And then there were some things we were asked to do at a slower rate because of some other things going on in the system.”

Curtis will teach physical education at Central, filling the teaching position Masingale vacated with his promotion to assistant principal.

Gilbert said Central is still searching for a new golf coach, also a position Armstrong held up until his retirement.

“We wanted to get this big one taken care of and then catch our breath for just a second and get back to filling the rest of our athletics and then one or two more positions at Central High School,” Gilbert said.