Shown here is the ribbon cutting that was held during the grand opening of the Etowah Food City on Wednesday. 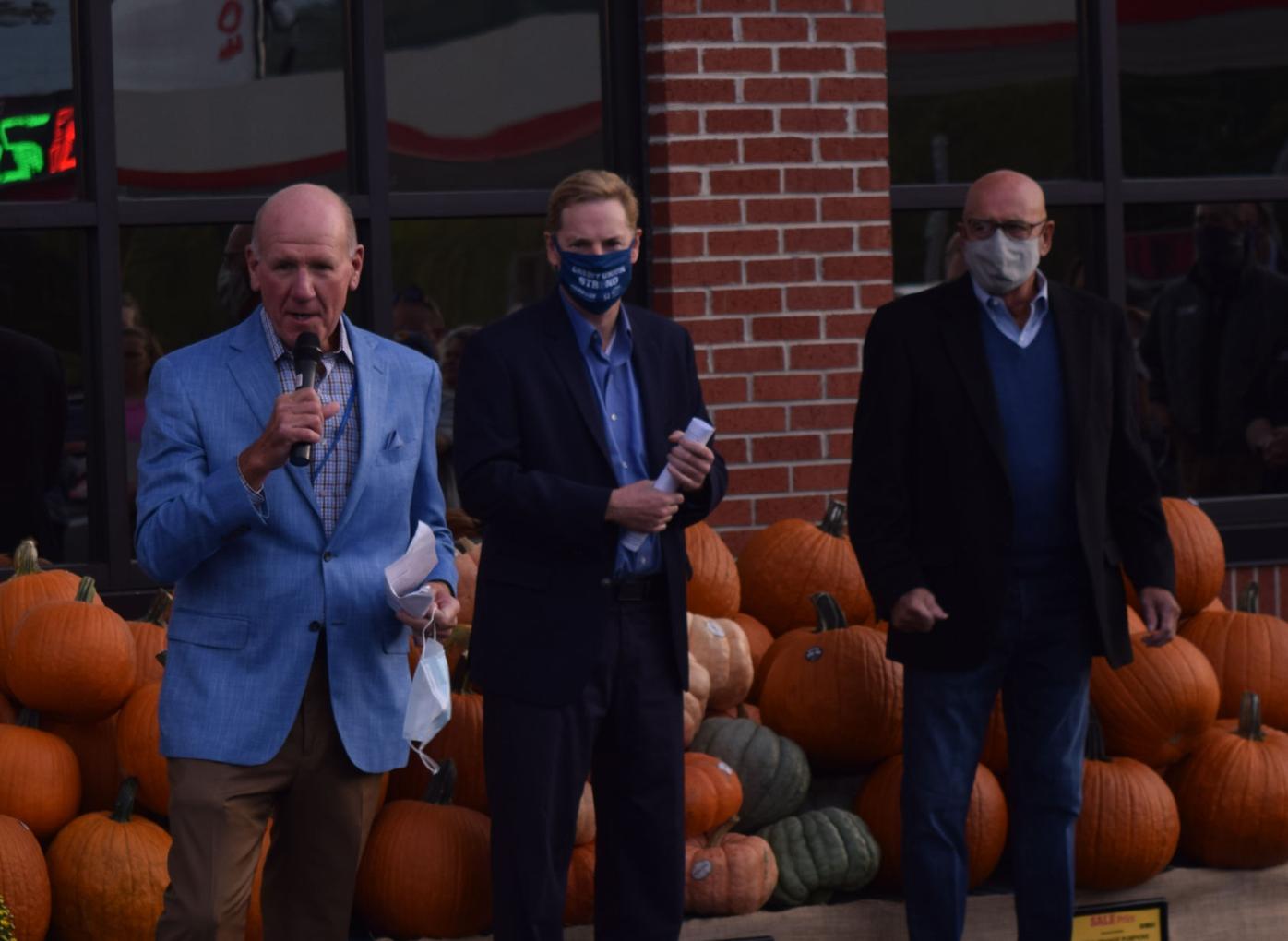 Shown here is the ribbon cutting that was held during the grand opening of the Etowah Food City on Wednesday.

After being closed since Jan. 8, the Food City location in Etowah opened back up again on Wednesday with a brand new store.

The ceremony started early that morning with local members of AMVETS Post 100 raising the American flag in the store’s parking lot.

“When the announcement was made five years ago that they were going to rebuild, refurbish, Mr. (Steve) Smith, the president and CEO of Food City, was making all kinds of comments and I thought ‘Ok, we will believe it when it gets here.’ Well, I believe it now,” Garwood said. “I think we are all going to really enjoy it and we are tickled to death that we don’t have to drive to Athens anymore, but I just want Food City and Mr. Smith to know how much we appreciate what they have done here ... Thank you very much for coming out.”

Smith said he was pleased by the amount of people who attended the ceremony.

“Good morning to everybody and what a great turnout here today,” said Smith before thanking Garwood and others in attendance. “We just passed our five-year anniversary mark from where we purchased the Bi-Lo stores in the greater Chattanooga market and when we met with our store teams and district managers the morning that we purchased the stores I promised them that we were going to make some investments like they had never seen before in their communities.”

Smith said he believes in having community-oriented grocery stores.

“When we bought the stores, we bought them for the long run not the short term and I think that is the difference in a lot of people’s business philosophies and maybe it is because we are a family business and maybe it is because we believe in our communities,” he expressed. “I come from a small community in southwest Virginia and I know how important a community grocery store can be to a community. I told our folks yesterday in a store meeting how proud I was of them on how they took an old store and kept it clean and kept it fresh and how they took care of their customers and that makes it a lot easier when you are making an $8 million to $10 million investment to put a new supermarket in and to sign a long year land lease here in your community.”

He stated that he believes they designed a store that would be “fun to shop” at for the community.

“I think the thing you are going to be most pleased at is our team that we have here that will be leading and working in the store,” Smith stated. “A lot of them haven’t changed. Yes they have been traveling, like everybody, for the six or seven months to Athens or Vonore or our other stores to get a little bit of experience and to make sure they still had a paycheck coming in but they are glad to be home just like you are all glad to have your store back.”

The Etowah Food City originally opened in November of 2015.

Earlier this month, Smith noted that the full store will staff 140 total people, an increase of 100 over what it employed prior to the expansion.

This technology allows members to complete basic over-the-counter transactions with a personal teller who is working from TVFCU’s headquarters in downtown Chattanooga 12 hours a day, six days a week.

TVFCU President and CEO Todd Fortner was also on hand at the opening ceremony.