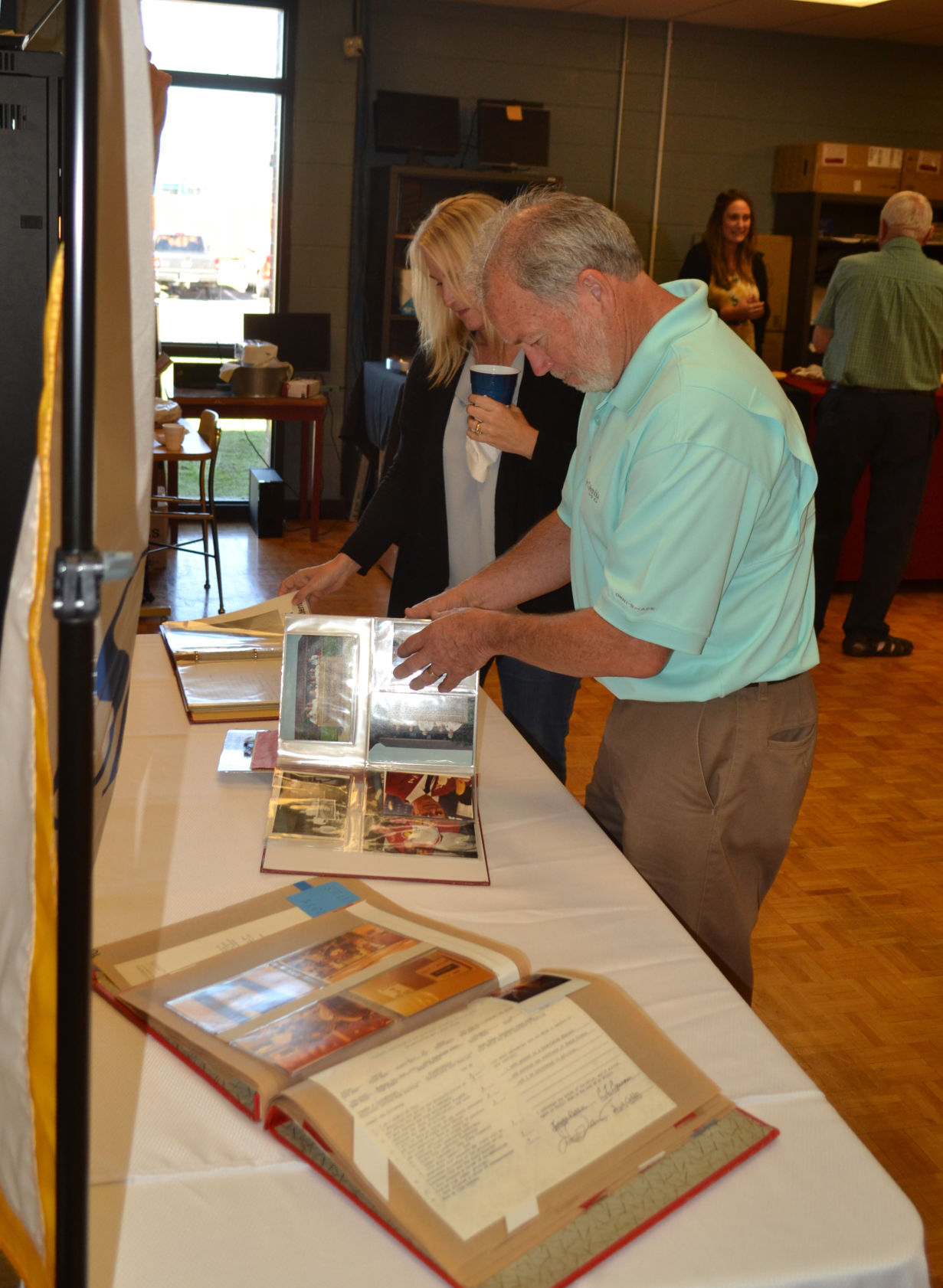 Memorabilia was set up on a table in memory of Carl Creasman during Friday’s ceremony. 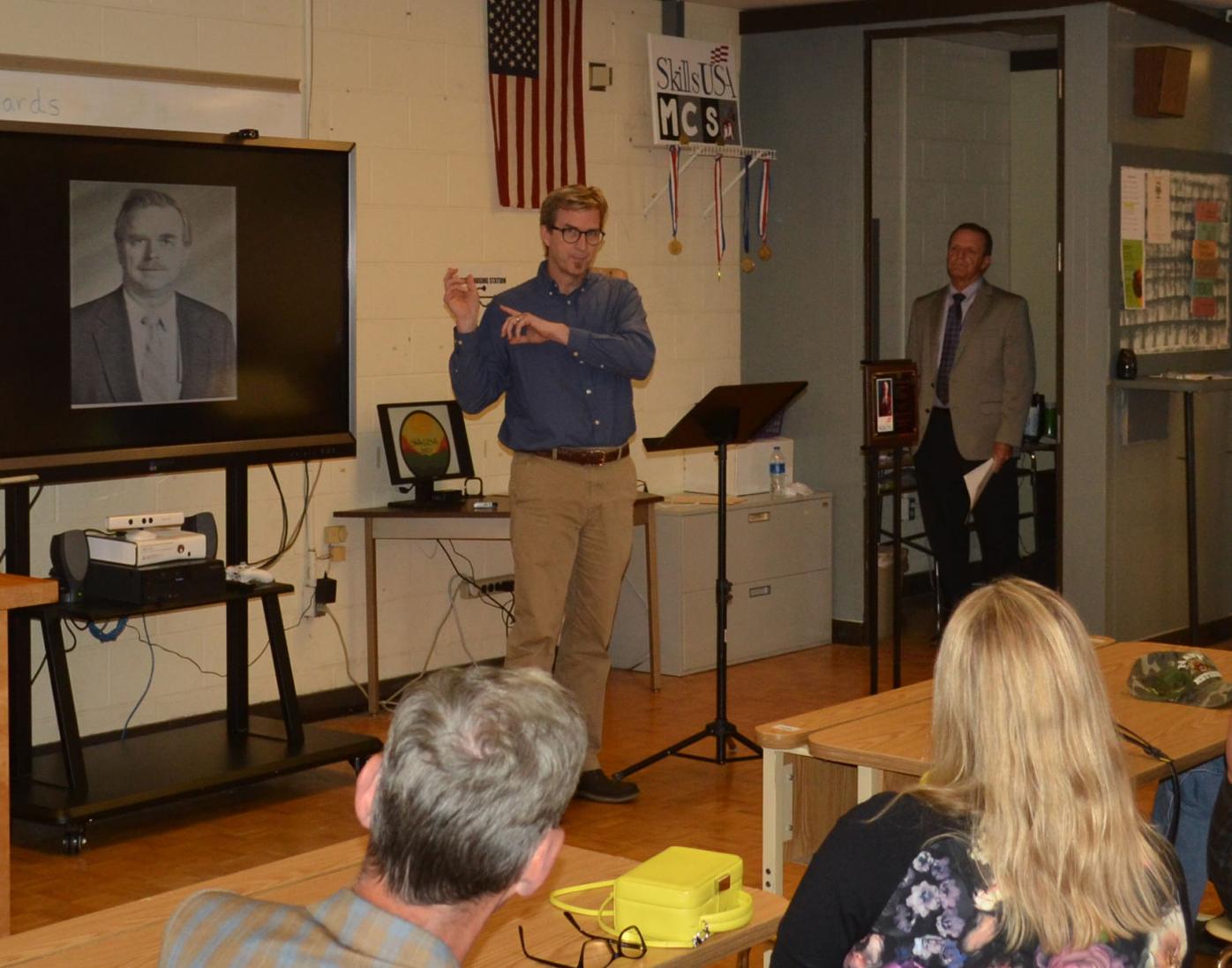 Memorabilia was set up on a table in memory of Carl Creasman during Friday’s ceremony.

A room at the McMinn Career Technical Education center has been named in honor of a local resident who had a major impact on the institution.

During a ceremony on Friday, the computer technology room was named after Carl Creasman for his “dedicated service to McMinn County Schools.”

Creasman was employed at the CTE center from 1976 to 2001 as a teacher and as a SkillsUSA advisor. He also taught night classes to adults during his tenure, as well.

“There was so much Mr. Creasman contributed to our school and our campus,” CTE Principal Kevin Edwards said during the ceremony.

“I appreciate Carl and what he’s done for this school over the years,” McMinn County Director of Schools Lee Parkison added.

MCS Career & Technical Education Supervisor Elizabeth Pierce-Oswalt knew Creasman beginning with her time as a student at the center and going through her professional career. She noted that Creasman would regularly work with students on a variety of vocations and “was always showing them what to do.”

“He always expected excellence, but he was so proud of us,” she said. “He wanted everything the best for me and I think I can say that about everybody in his class. He was wonderful to our students the whole time he was here.”

“He really cared about each and every kid,” Jones said, adding that Creasman had a characteristic similar to a lifelong learner. “Mr. Creasman to me embodied the next step — how to be a lifelong teacher. He meant a lot to me.”

Those in attendance at the ceremony included members of Creasman’s family, along with members of the McMinn County School Board.

“I can’t express how special I think the entire Creasman family is,” Board Chair Sharon Brown said.

“It was always fun to get a phone call from him or give him a call,” Board Member Rob Shamblin added. “You would always get an answer to your question or he would tell you what you need to know.”

Board Member Jonathan Pierce also shared his thoughts about how Creasman went about his job of teaching students.

“He wanted his kids to dig deeper, to process,” Pierce said, adding that Creasman stressed that they be able to adapt to changes.

Among the family members in attendance was Carl Creasman Jr., who reflected on his father and gave his appreciation to system officials for honoring his father.

“On behalf of my mom and my sister, thank you so much for this huge honor,” he said. “I still remember coming here as a little guy. It felt like a lifetime that he was here, investing in the students.”

Pierce-Oswalt followed Creasman Jr. by adding that “there was not one child (Creasman) did not see potential in. He always searched out the child nobody noticed and the child who excelled.”