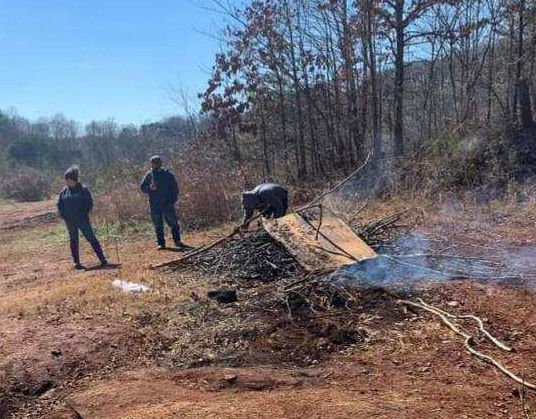 Shown here are members of the Tennessee Ridge Monkeys cleaning up at the Athens Power Lines on Saturday. 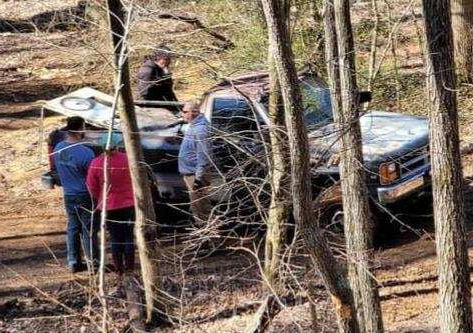 Shown here are the Tennessee Ridge Monkeys getting ready to haul off a load of items from the Athens Power Lines on Saturday.

Shown here are members of the Tennessee Ridge Monkeys cleaning up at the Athens Power Lines on Saturday.

Shown here are the Tennessee Ridge Monkeys getting ready to haul off a load of items from the Athens Power Lines on Saturday.

A couple of local off road enthusiast groups banded together to repay some kindness offered to them.

The Tennessee Ridge Monkeys and the McMinn Jeep Crew, both consisting of four-wheel drive off road enthusiasts, came together to clean up the Athens Power Lines on Saturday.

The Tennessee Ridge Monkeys group contains 350 members, according to Josh Stevens, who is a part of the group.

“It is a place where everybody goes to play or do a modification or something,” Stevens said. “It is privately owned property, so we felt it was something that we need to do — cleaning up, to keep it open because the people that let us use it could close it down at anytime.”

He believes cleaning the location also sends a message of good faith to the owners.

“They are kind enough to let us use it, so I think we should pay them back a little,” Stevens expressed. “We got there around noon and cleaned up until around 2. We had two dumpsters and made a dent in it, but you could clean that up for days.”

He believes his group will attempt to maintain the cleanup as the opportunity arises.

“We may start carrying trash bags and try to haul them back off, but our main goal is for people to know that the trash isn’t coming from those who drive off road,” he noted. “There was a lot of household garbage there. A lot of carpet, linoleum, car parts, things like that, but we off road enthusiasts are very adamant about if you take it in then you take it out.”

According to Stevens, one of the largest events for off roading, Outwest, was cancelled due to trash.

“Moab (Utah) is out west and if you get to go, people will look at you and go ‘wow he went to Moab,’” Stevens said. “It is a big off road event and it is some of the best riding in the world.”

He believes picking up the trash at the Athens Power Lines was very important.

“We have to protect what we have, we have to protect this gift to us,” he expressed. “All of this isn’t ours, we are just borrowing it from our kids and grandkids, so if we aren’t careful we are going to lose it.”