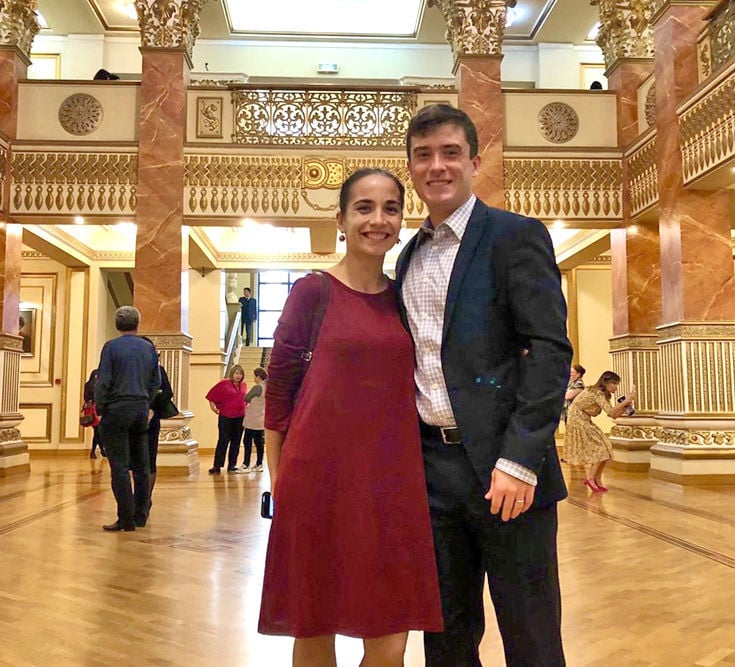 Shown here are Alex and Bobbie Tullock at an opera recently. 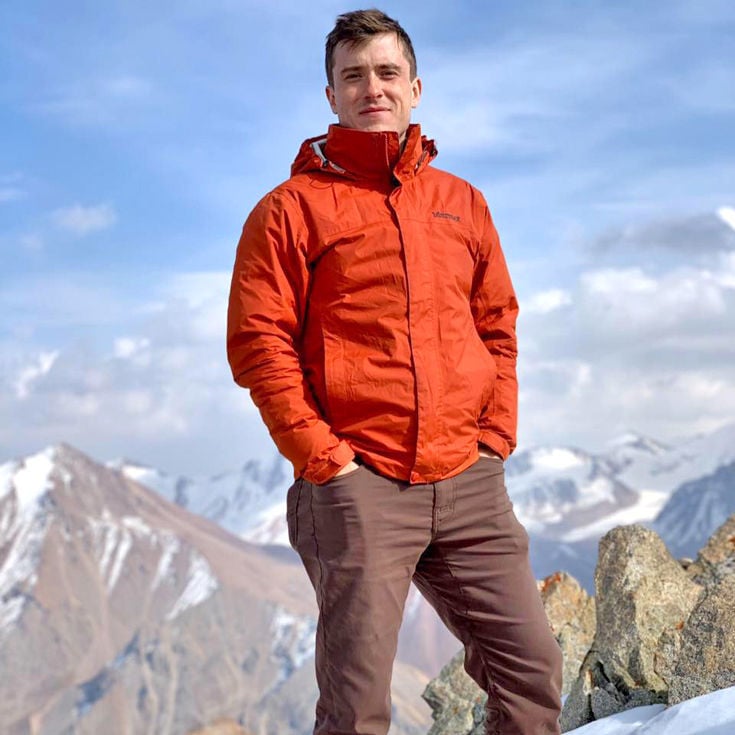 Shown here is Alex Tullock on Tourist Peak in Kazakhstan.

Shown here are Alex and Bobbie Tullock at an opera recently.

Shown here is Alex Tullock on Tourist Peak in Kazakhstan.

Alex Tullock, an Etowah native who now calls Riceville home, has traveled the world and all because of his love for languages.

Tullock’s journey of languages began in college at the University of Tennessee in Knoxville.

“When I got to college I wanted to sign up to take Spanish classes, but they were all full,” said Tullock. “Russian was interesting to me because of the different alphabet and I thought why not give it a try.”

Tullock studied abroad his junior year in Moscow and Yaroslavl, Russia, then received the Post-Secondary Russian Scholar Award from the American Council of Teachers of Russian.

Graduating from UT as one of 40 outstanding graduates from the College of Arts and Sciences,

Tullock earned a degree in Russian Studies with an emphasis in literature.

He added that he had great teachers at UT and is even still friends with one of his professors at the institute.

“That idea to learn Russian grew into a career and another 13 years,” said Tullock.

Tullock currently lives in Almaty, Kazakhstan, in Central Asia. He serves as the resident director for American Council’s Flagship Program in Almaty.

“Almaty has over a million people,” said Tullock. “The city is surrounded by 4,000 meter tall mountains, it is certainly the most impressive part of the city.”

Tullock is not only fluent in Russian, but two other languages.

In all, he is fluent in Russian, Czech, Bulgarian and English.

Tullock added that he just began Kazakh classes this week, which is the official language — along with Russian — in Kazakhstan.

“Language leads to so much,” said Tullock. “I’ve been lucky enough to have so many friends because of Russian. Everything in my life is connected to a weird choice I made once.”

Languages even led Tullock to his wife, as he spent a year and a half in Bulgaria, where he met his wife.

This meeting also started his next adventure of learning Bulgarian.

Tullock speaks English and Bulgarian at home as his primary languages.

“I wanted to learn Bulgarian for my wife and her family. They are worth it,” said Tullock. “Learning their language says I respect you and your culture.”

Tullock thanks languages for his travels.

“From the time I was 18, languages have allowed me to travel,” said Tullock. “Not to just see a few museums in Europe, but it has invited me to numerous types of places and conversations you never would have imagined.”

That leads to new and exciting experiences, he said.

“Every language is an adventure. It lets you relate with the world,” said Tullock.