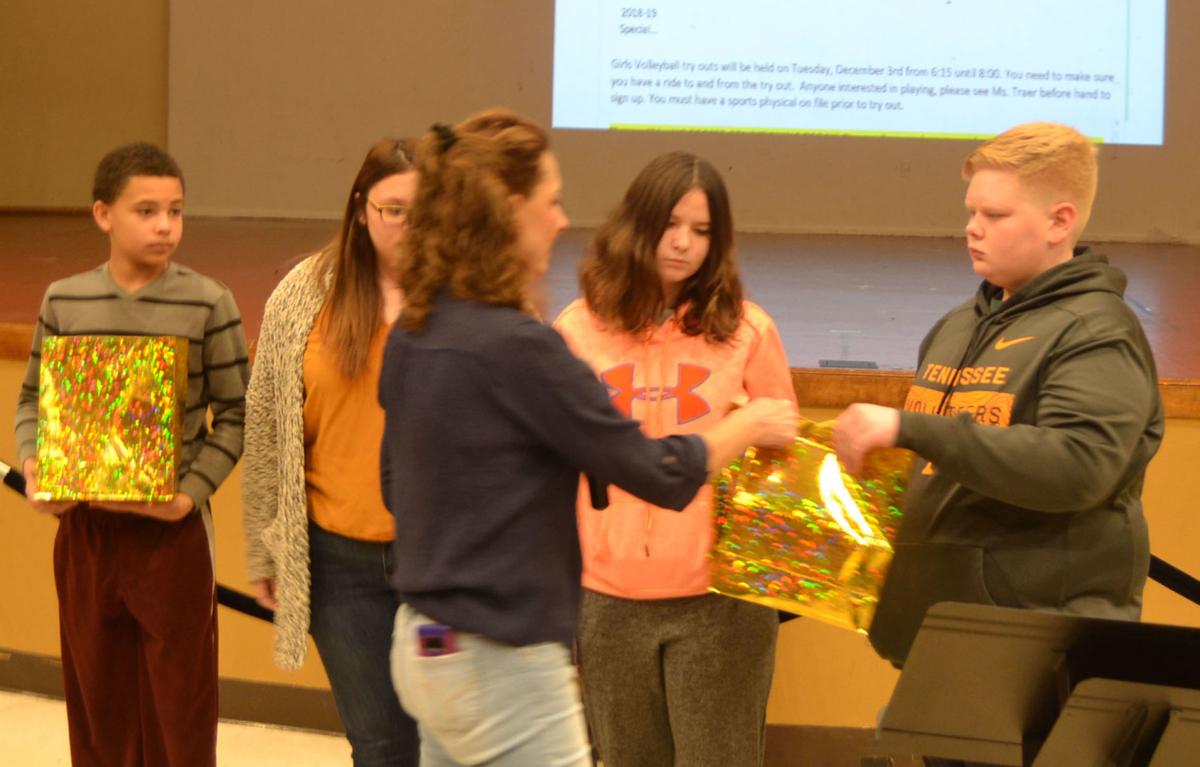 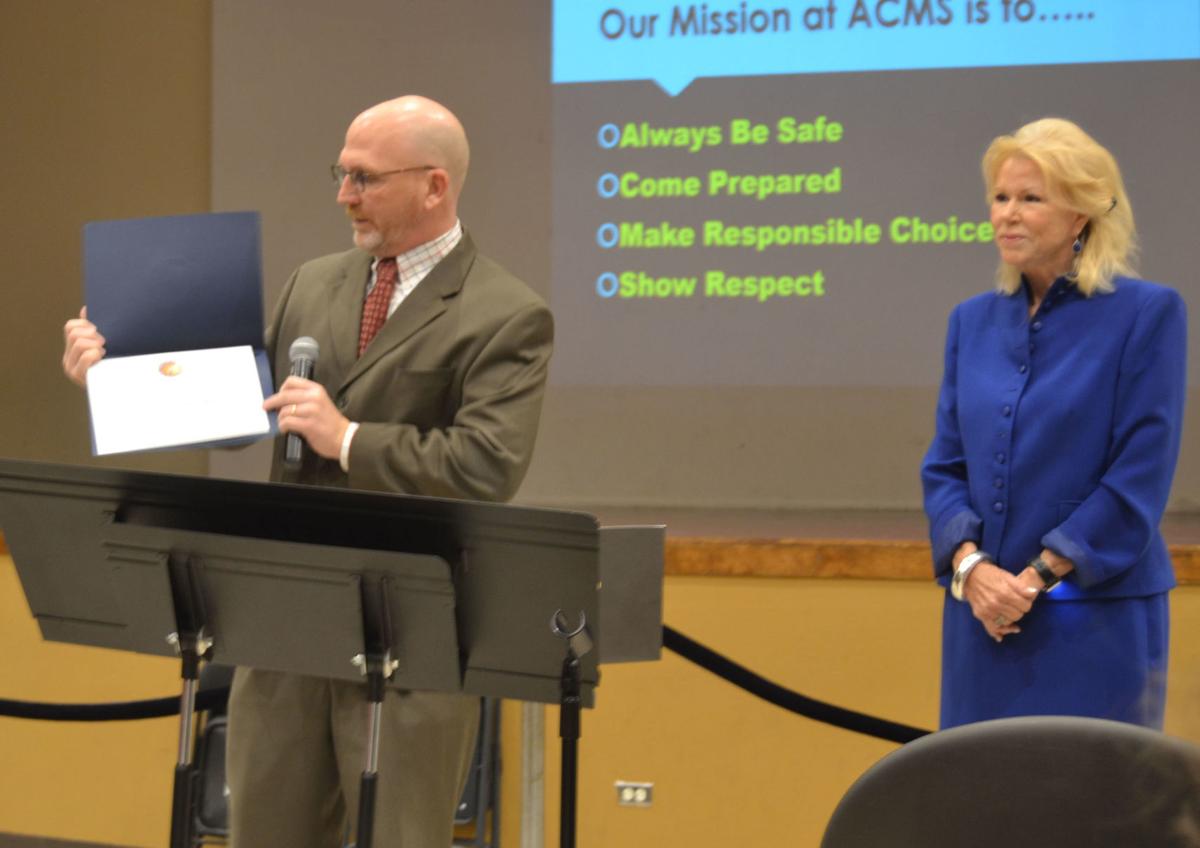 As Thanksgiving approaches, the contributions of local students in thanking first responders was honored Monday.

During a ceremony at the school, Athens City Middle School students were recognized for collecting 1,000 Christmas cards to be distributed to first responders.

Brenda Wallot is the founder of Cards for Caring Hands and she set out two years ago to send Christmas cards to those who serve. The efforts by the ACMS students were part of Wallot’s overall program.

District Director Steve Howell and Field Representative Maxine Gernert, both representatives of U.S. Congressman Chuck Fleischmann, were on hand at the school to award the ACMS students for their dedication in making cards for those who serve.

Fleischmann’s office prepared a certificate for the students in recognition of their accomplishment.

Athens Police Chief Cliff Couch and Athens Fire Chief Brandon Ainsworth were also on hand to receive the cards the students had prepared for their departments.

Wallot, a Sweetwater resident, cites her own military experience for the inspiration to start this effort.

She served as a mechanic at the Pentagon and at the Demilitarized Zone on the Korean Peninsula.

Wallot credits the hearts of the kids for her drive and said they serve as a constant reminder of why she keeps Cards for Caring Hands going.

“I’m planning to make sure the governor and his wife know about what these kids have done,” said Wallot. “Dick Pelley is going to be delivering the 1,000 letters to Nashville for first responders.”

She plans to continue the effort into next year and said the goal has increased from this year.

Originally, Wallot was challenged to have 6,000 next year and now the goal is 8,000 letters.

“I’m flabbergasted. I love a challenge and I’m going to need a lot of help,” said Wallot. “I’m going to use one of the letters that was decorated with a sunflower from ACMS to inspire me for the 8,000 letters challenge.”

Wallot is asking locals to begin donating Christmas cards to begin the challenge.

“If you can’t donate cards, you can make a cash donation to Choate Printing in Etowah,” said Wallot. “The donations will help cover all expenses and postage fees. No online donations can be accepted.”