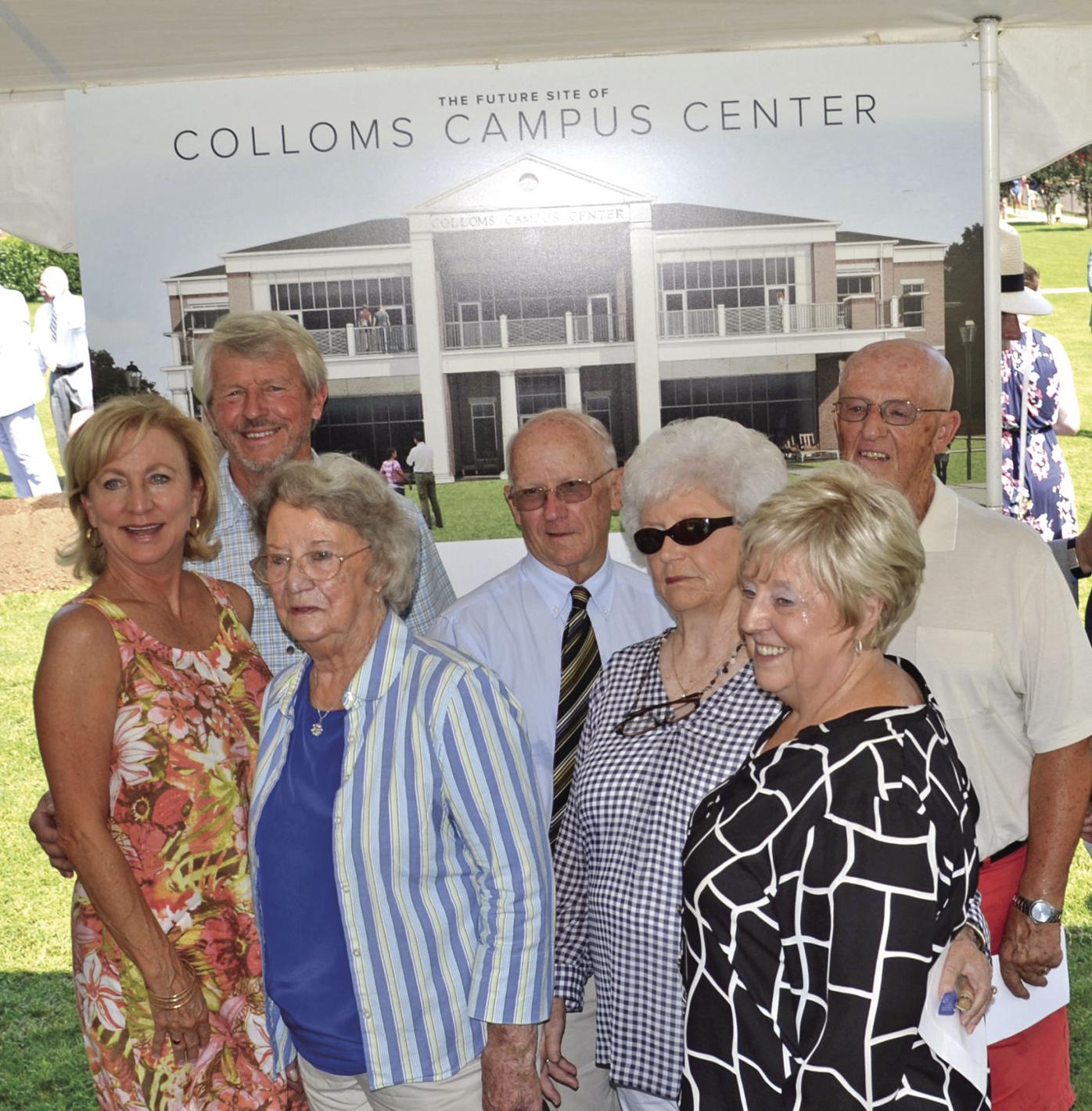 Members of the Colloms family were recognized during Friday's groundbreaking ceremony. At the center of this photo is the Honorable Carl Colloms, who pledged the $2 million contribution to the "Proud Heritage, Strong Future" capital campaign.

Members of the Colloms family were recognized during Friday's groundbreaking ceremony. At the center of this photo is the Honorable Carl Colloms, who pledged the $2 million contribution to the "Proud Heritage, Strong Future" capital campaign.

"Because of your prayers and amazing generosity, this day is becoming reality," Nelson said, adding the impact of the Colloms Campus Center "will be felt for generations to come."

TWU President Dr. Harley Knowles said the university's leaders "are absolutely overwhelmed and a little bit excited" by the size of the audience for the groundbreaking.

Knowles added there are defining moments "when a long-held need gets addressed and you realize it was an amazing catalyst," noting those present for Friday's groundbreaking were witnessing one of those moments.

Knowles said the need for a campus center was "well established" when he came to Tennessee Wesleyan a few years ago, adding the $8 million campus center is the focus of the $16 million capital campaign.

Knowles acknowledged campaign co-chairs Shirley Woodcock and Allen Carter for their dedication and leadership, as well as the George R. Johnson Foundation, which gave the campaign a boost "just at the right time," and many others who have contributed. He also spoke about the Honorable Carl Colloms, who he called "the epitome of a servant leader."

He also thanked the faculty, staff, donors and alums for giving so generously to the "Proud Heritage, Strong Future" capital campaign.

"You have been a blessing to our students and the greater community," Knowles said.

Also speaking was USDA State Director Bobby Goode, who recognized the employees in the Chattanooga office of USDA Rural Development for their work. He also praised the George R. Johnson Foundation and Carl Colloms for their support of the Southeast Tennessee area through a variety of contributions, among them to TWU.

"That's just one of the ways (Tennessee Wesleyan) has given so much to this community," Davis said.

McMinn County Mayor John Gentry spoke directly to Colloms, who retired last year from his post as child support magistrate for the 10th Judicial District, and worked in the McMinn County Courthouse where Gentry's office is located. He told Colloms he misses seeing him on a regular basis.

Gentry said the future is bright, and thanked all donors for investing in the future of not only Tennessee Wesleyan, but also the entire community.

Emily Green, TWU's Student Government Association president, said with the completion of the Colloms Campus Center, Tennessee Wesleyan will grow stronger. She thanked all those involved for their participation.

"I can't wait to come back as an alum and experience the Colloms Campus Center for myself," she said.

Dr. Scott Mashburn, vice president for Student Life, said the campus center will "have a profound impact" on the university.

"It's hard to believe this day is really here," Mashburn said. "Thank you for making this dream come true."

Mashburn also discussed the many proposed uses of the facility, including gathering space for students and for the Athens community.

The center will feature a game lounge, a banquet room, a caf�© and grill area, the academic success center, the career center, and the student life offices. The new space will allow students to more easily receive the resources they need to have a successful college experience.