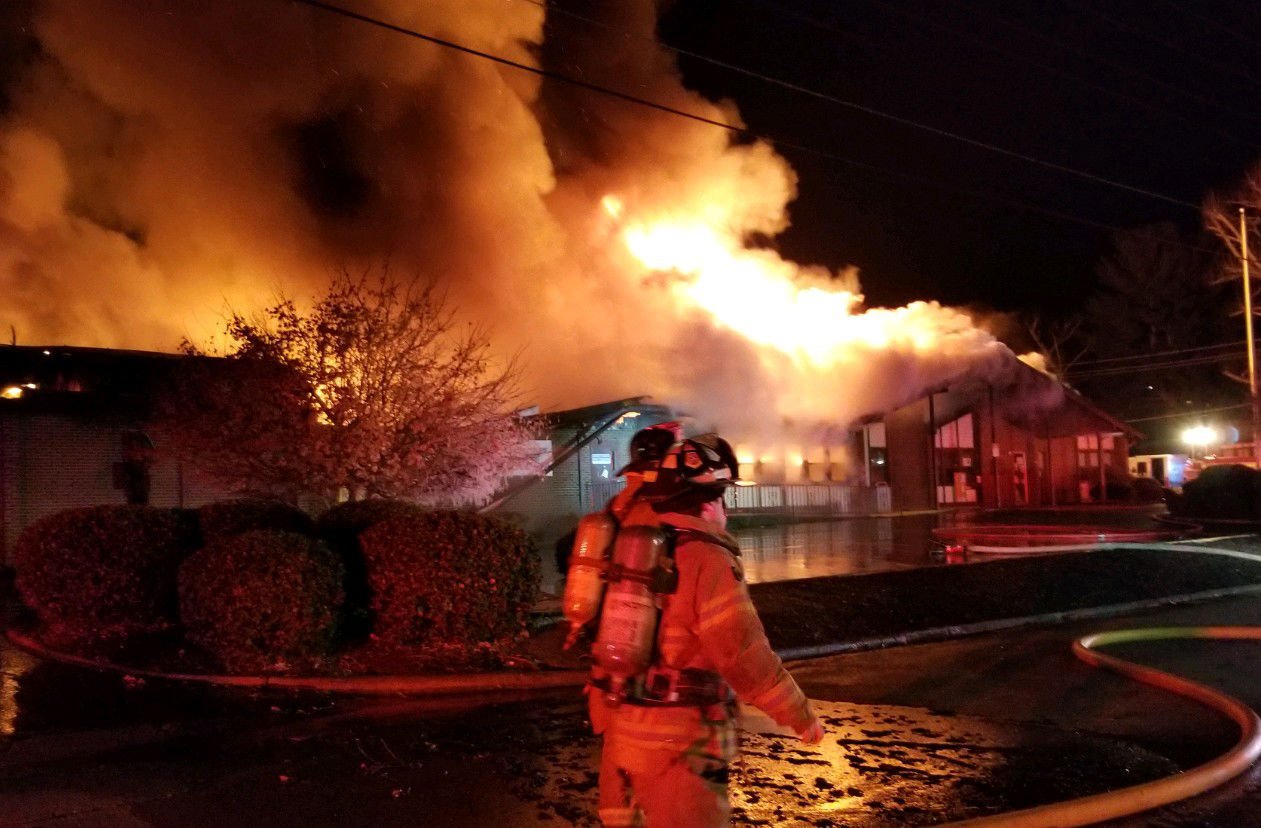 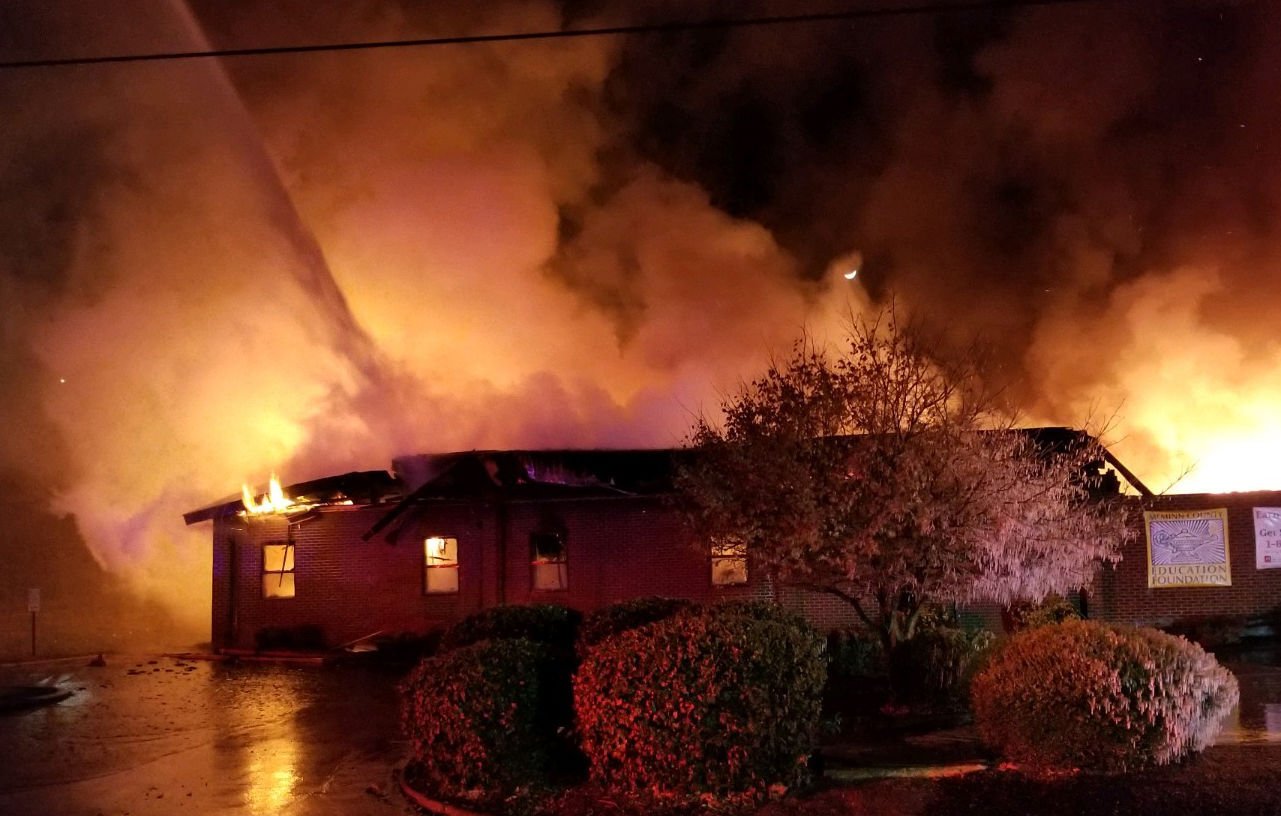 Fire devastated an Athens structure Tuesday night, though no injuries were reported as a result of the blaze.

The Athens Fire Department responded to a commercial fire alarm activation at the Athens Housing Authority and McMinn County Educational and Community Foundation located at 714 Clark Street on Feb. 16, 2021 at approximately 9:05 p.m.

Soon after the arrival of the initial fire companies, one corner of the structure experienced a partial roof collapse and heavy fire conditions protruding from the roof area. Incident command immediately requested off duty personnel to respond and then requested mutual aid from multiple surrounding departments.

Fire soon engulfed the entirety of the structure. Defensive fire suppression operations utilizing two aerial ladder master streams, ground monitors and multiple handlines were carried out for a duration of approximately six hours in freezing conditions. The structure was a total loss and the extent of financial loss is yet to be determined.

The building was unoccupied and closed for business at the time of the fire. No fire related injuries were reported. One firefighter sustained minor injury due to a slip and fall from the icy conditions.

McMinn County Haz-Mat responded with air support and a command unit for rehab. Englewood Truck 3, along with Riceville and Athens Rural fire, were dispatched to the scene for manpower. AMR EMS stood by for rehab.

Tri-State Mutual Aid was activated and moved a Bradley County and Cleveland City engine company up to back fill fire stations and cover additional calls in the City of Athens. Madisonville Fire was relocated to cover county units mobilized to the scene. Additional stations were notified for standby.

“A special thanks to McMinn 911 for getting units mobilized quickly, along with Athens Police Department and Athens Public Works for scene security and treatment of the hazardous, icy conditions,” stated a news release from the AFD.

The cause of the fire is currently undetermined and under investigation. Tennessee State Fire Marshal’s office has been contacted to assist Athens Fire Department with the investigation.

“We extend our thoughts and prayers to the employees and their families affected by this tragic loss,” the release continued.