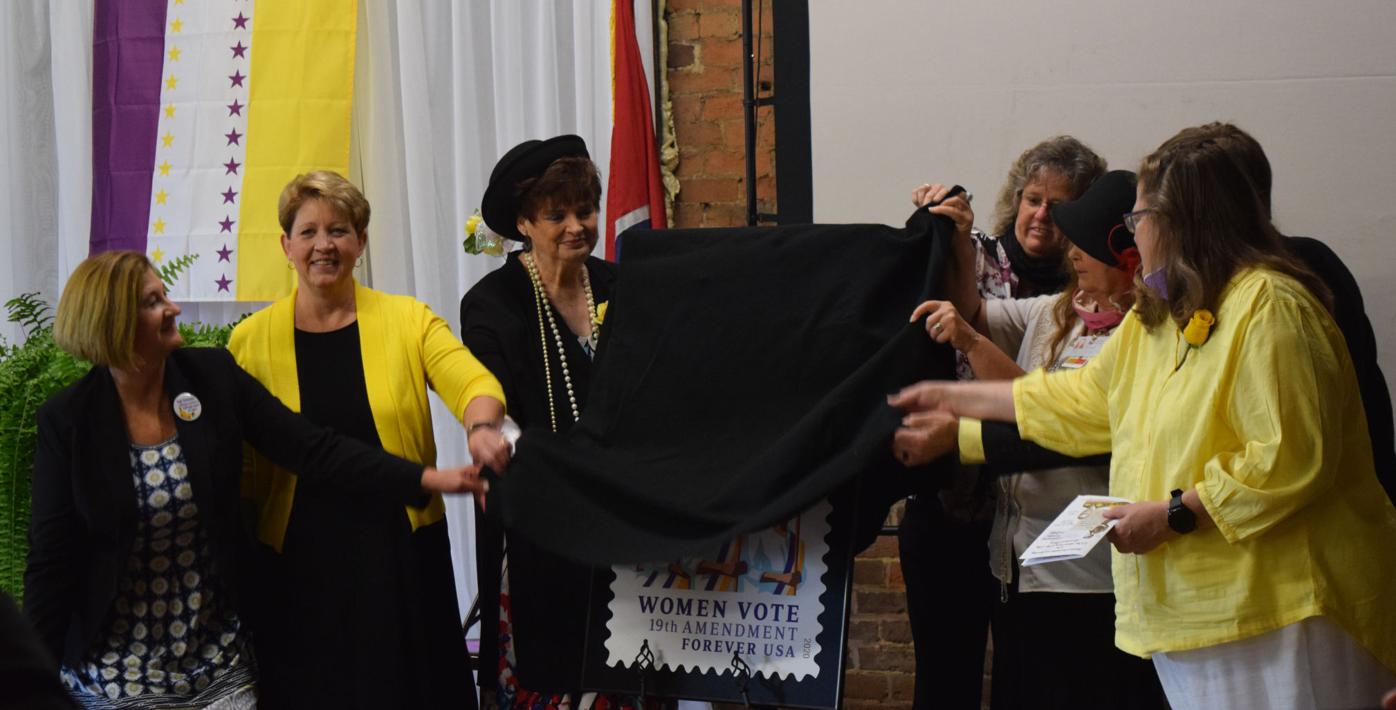 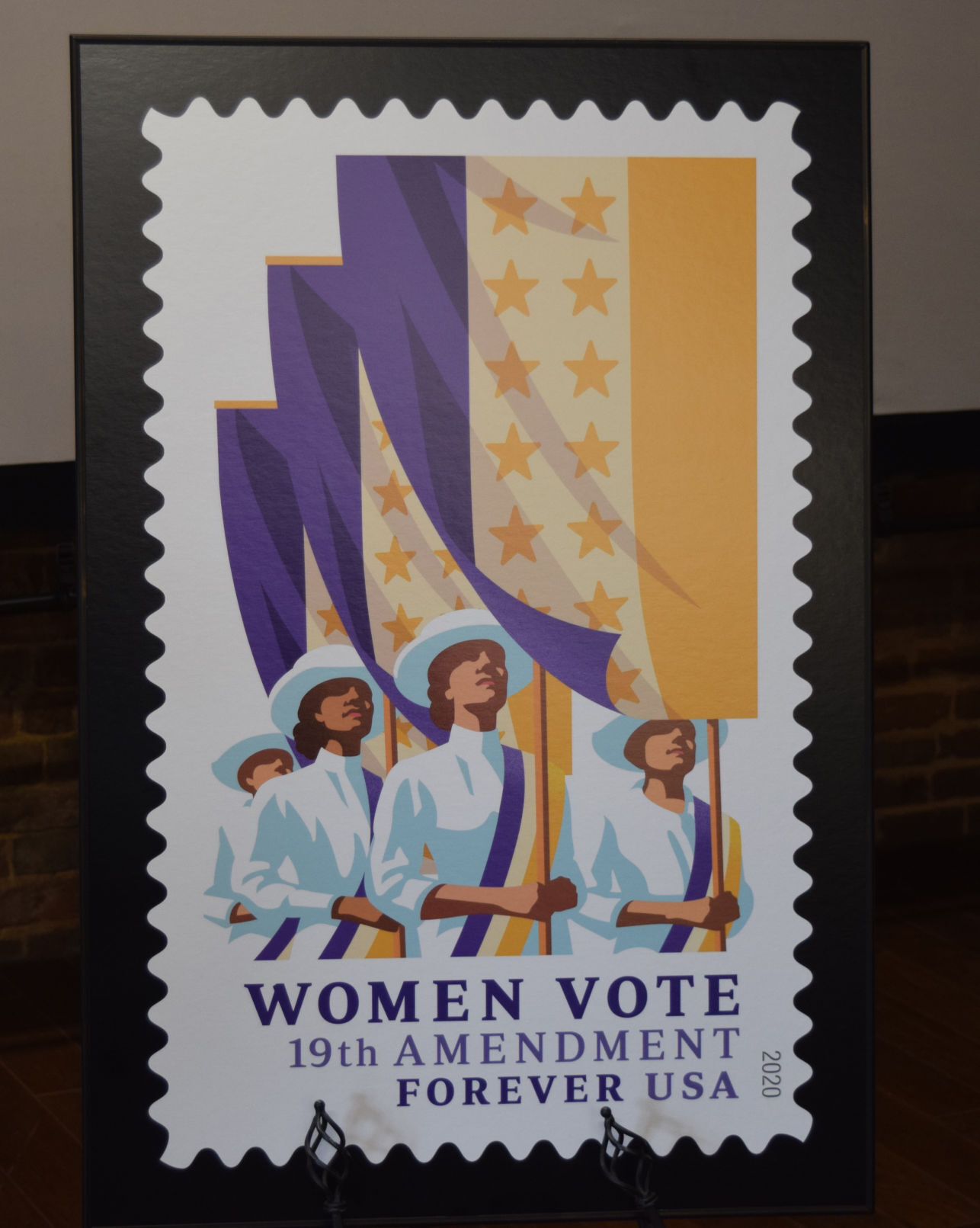 Shown here is the 19th Amendment 100-year commemorative stamp that was unveiled Saturday in Niota.

Shown here is the 19th Amendment 100-year commemorative stamp that was unveiled Saturday in Niota.

A new stamp was unveiled Saturday in Niota, commemorating the 100th anniversary of the 19th Amendment.

The ceremony took place at the historic Niota Depot and featured 13 guest speakers discussing the importance of the amendment, which made it legal for women to vote.

Among the guests were descendants of Niota resident Harry T. Burn, who had cast the decisive vote for women’s suffrage in 1920, and his mother, Febb.

Cathy Burn Allen was the first descendant to speak on behalf of Febb Burn’s life.

“After her husband died, she was not only in charge of raising a family she was also in charge of running the farm,” Allen said. “She did more than her share, she was doing a man’s job and I think that she kept thinking about this when her son had an opportunity, a chance, to change history.”

She then spoke about the letter Febb wrote to her son prior to him casting his vote.

“We all need to remember to follow our soul, our hearts ... Because I think that we can all make a difference,” expressed Allen. “We need to create our path and follow it.”

Next was her sister, Sandra Burn Boyd, who continued the topic of Febb’s influence.

“We all know many women who spent seven decades to bring the possibility of women’s suffrage to Tennessee. It also landed on the shoulders of the youngest member of the house, Harry T. Burn,” declared Boyd. “It was the letter from Febb Burn that she wrote to her son, reminding him to be a good boy and vote for suffrage, that changed that red rose to a yellow rose.”

Roses were used during the time of the debate over the amendment to indicate favoring or opposing the new law. Those with red roses opposed the amendment, while those with yellow roses supported its passage.

She noted that the letter was mailed from Niota where the Burn family lived.

“I am very proud to be one of five living great grandchildren of Febb ... Ladies, and gentleman too, I guess, remember to be registered to vote and remember to vote,” Boyd expressed. “We all know that one vote can and did make a difference.”

“The stamp features a stylized illustration that celebrates marching,” she said. “The clothes they wear display the official colors of the National Woman’s Party ... It also has Women Vote 19th Amendment Forever USA as well.”

She added that the stamp will be a “forever stamp” available at the post office.

“It was a great honor today that I was asked to come to this,” she said. “Thank you for having me.”