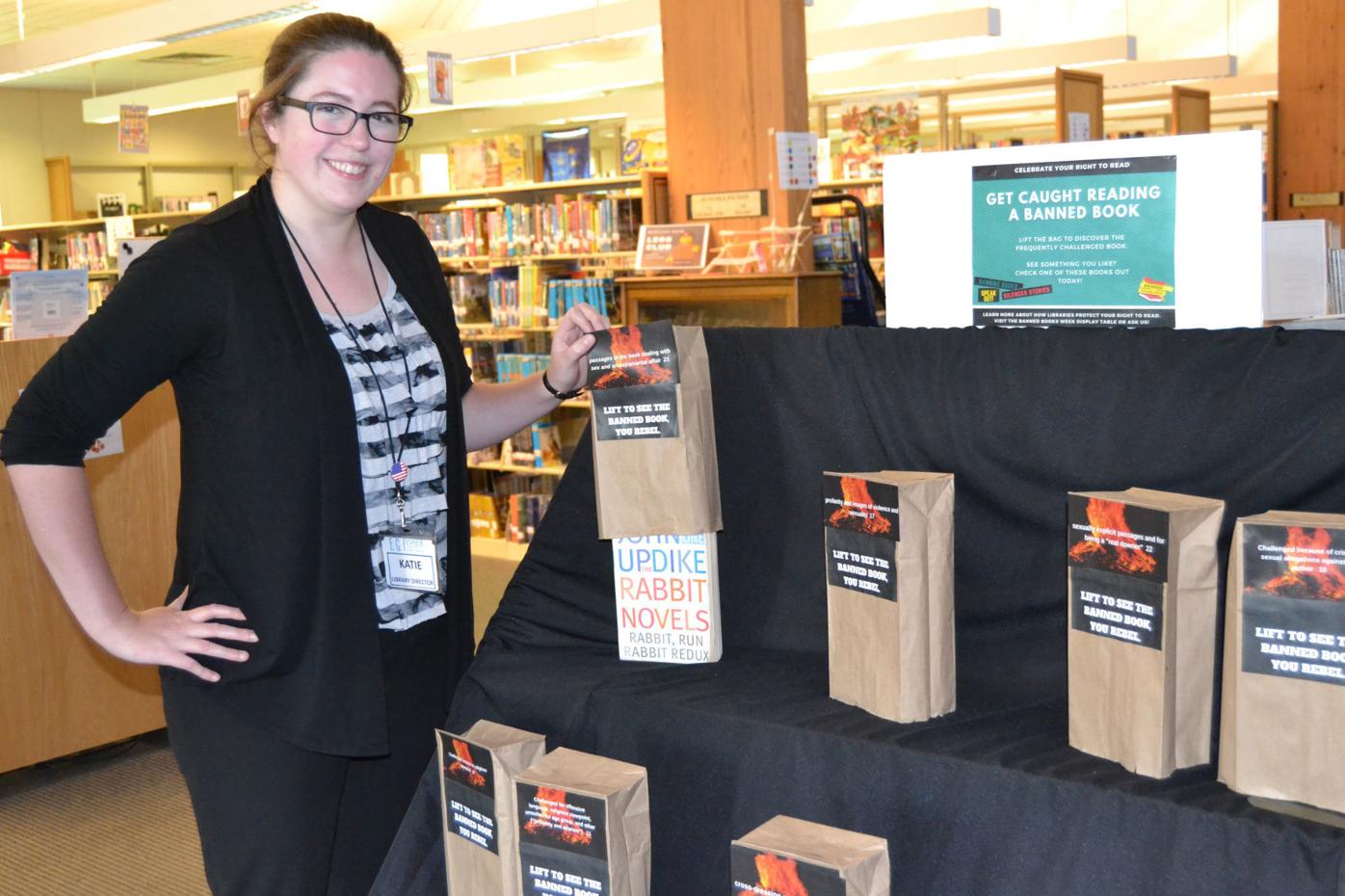 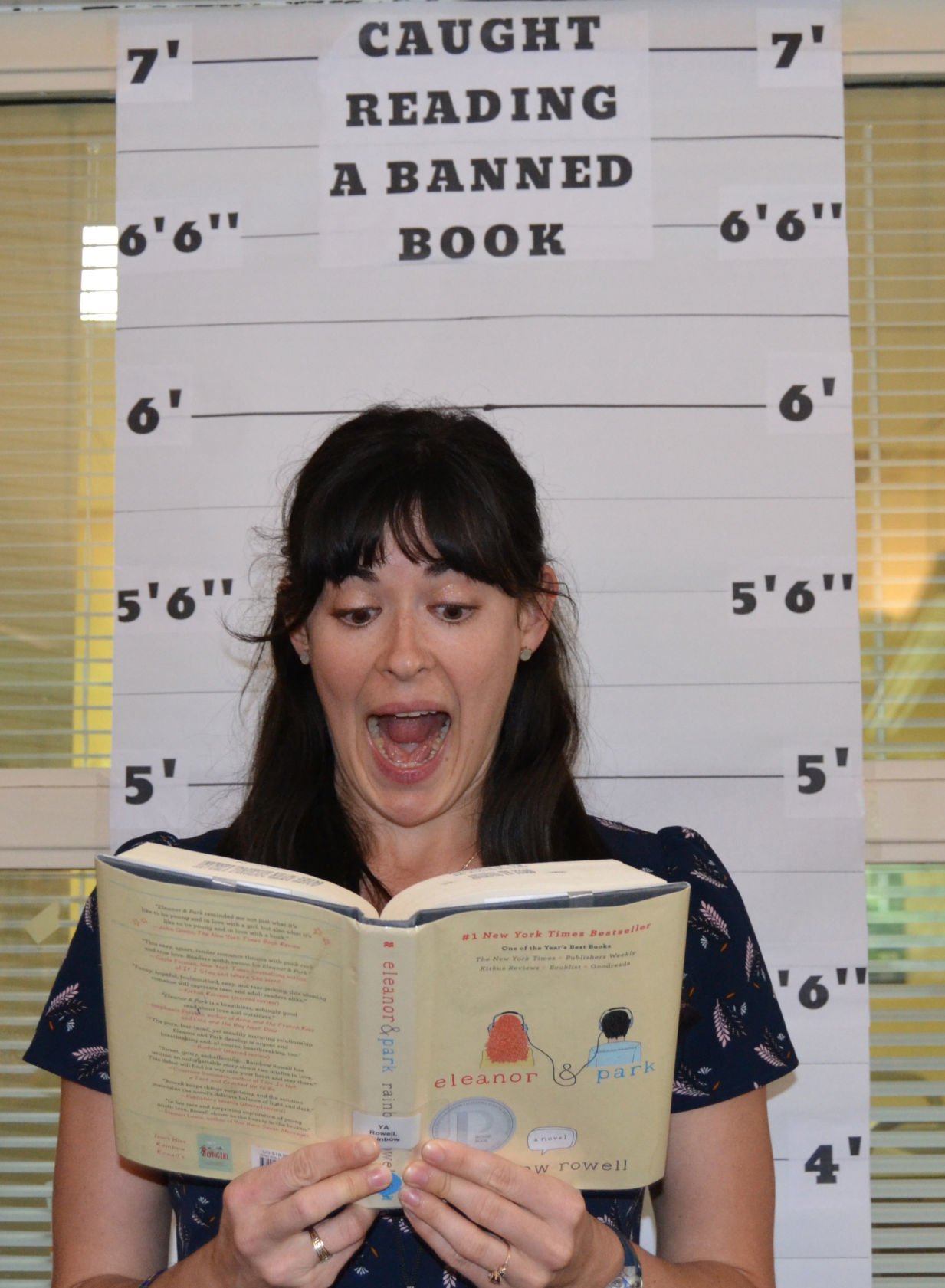 E.G. Fisher Public Library is celebrating freedom to read this week, because Sept. 23 through 29 is Banned Books Week.

Beginning in 1982, Banned Books Week is an annual event that celebrates both freedom to read and access to information. Banned Books Week began as a response to efforts to remove or restrict access to books and seeks to draw national attention to the detriments of censorship.

E.G. Fisher Public Library Director Katie Hiney commented that Banned Books Week is “almost like Christmas for librarians,” because it is exciting to celebrate the freedom to read and access information.

Hiney explained why the annual event is known as Banned Books Week, as well as the importance of it.

“We call it Banned Books Week because it’s a lot easier than what it really is — which is frequently challenged books, because rarely are you going to see a library that bans a book. There’s a quote out there that says ‘every great library has something in it to offend everybody’ and that’s kind of the notion of Banned Books Week,” said Hiney. “We take all of those books that have been challenged and we celebrate them, because a lot of the times when something is challenged, it’s because it offends or otherwise talks about topics that people find disturbing or uncomfortable, which doesn’t mean that the book is bad.”

Hiney discussed, for example, some frequently challenged books, and the reasons behind the challenges.

“To Kill a Mockingbird — in 2018 — is still being challenged by school districts because of the use of profane language and the themes that people consider are too heavy for children,” said Hiney. “A lot of times, you’ll see books being challenged because they’ll say the themes are too strong for the age group. People are surprised to find that The Bible is a frequently challenged book. Those are probably the most shocking books that people give us the most feedback on at the front desk.”

How often do these challenges occur?

Hiney explained that although there is a process of challenging the availability of books, this ultimately conflicts with the mission of the American Library Association (ALA) and libraries in general, which strive to promote intellectual freedom and access to information.

“We actually have a process here of challenging a book — if someone really wants a book removed they can go through the process of challenging a book, but it’s very lengthy and chances are that the committee that is looking into it is going to rule against it because libraries are supposed to be a place of learning, opening your mind, experiencing things that you maybe weren’t necessarily aware of before,” she said.

The access to a variety of information is important to libraries, according to Hiney.

“Some people get very emotional when they find out that one of their favorite books has been challenged and some of those same people may see some other books on our shelves or on other library shelves that they find inappropriate,” she explained. “Sometimes it’s things that they find very topical or very politically charged and they don’t think that that’s something we should have and, again, our response is that we have books for everybody and every topic. We aspire to have something for everybody and every topic in our library.”

She explained that people’s reactions to frequently challenged books are always fascinating.

“It’s really fascinating to see how people react to Banned Books Week, it’s one of my favorite parts of the week, especially the books that people come up with once they understand the concept,” she said. “I love hearing people’s first reactions — they’ve got that really controversial book in their mind that is the pinnacle of what a banned book should be.”

If censorship was allowed in libraries and books began to be outlawed or publicly banned in the U.S., Hiney said she believes this would cause a great deal of controversy in the literary community.

The ALA keeps track of the top ten “offender list” — books that are most frequently challenged, Hiney explained.

The E.G. Fisher Public Library offers a variety of frequently challenged books in stock, has a display of “banned books” this week, and is especially celebrating the freedom to read — this week, as well as every week.