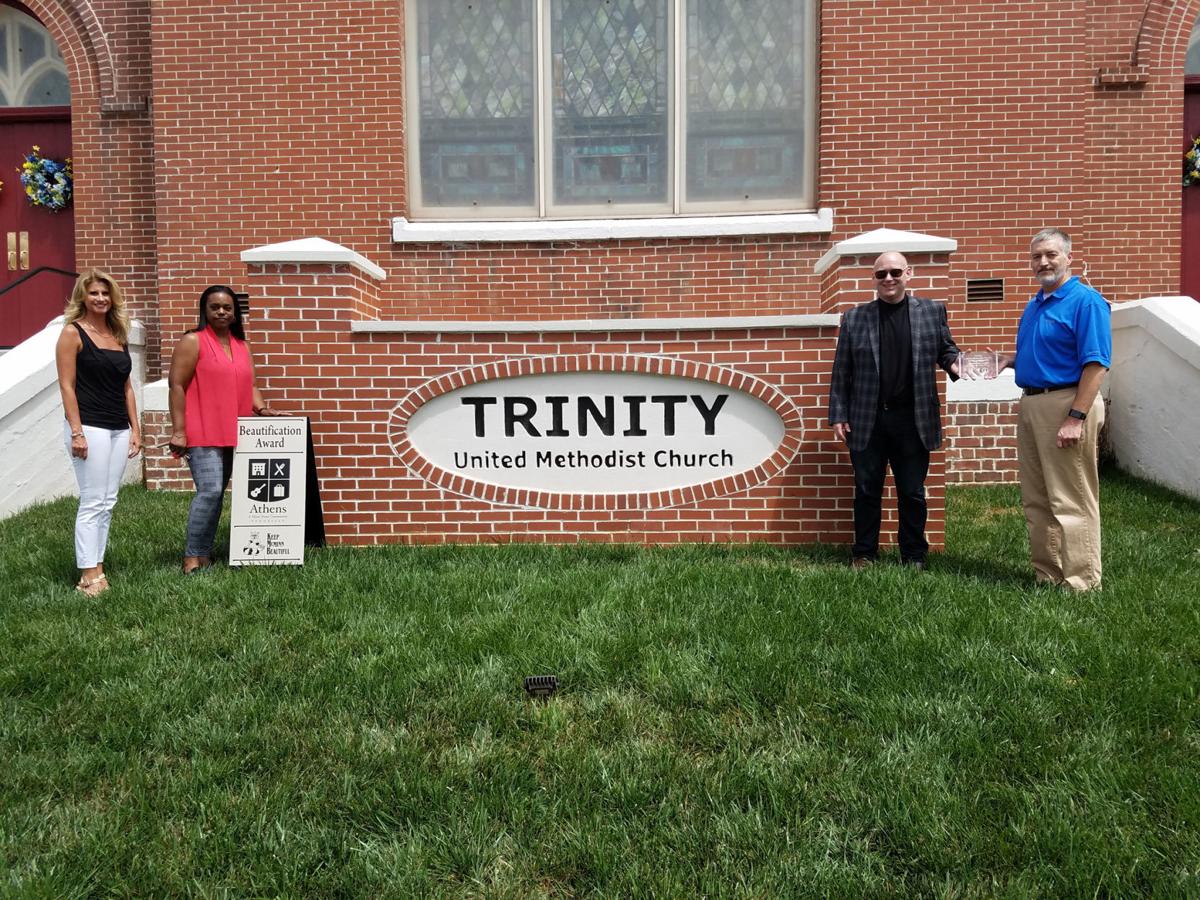 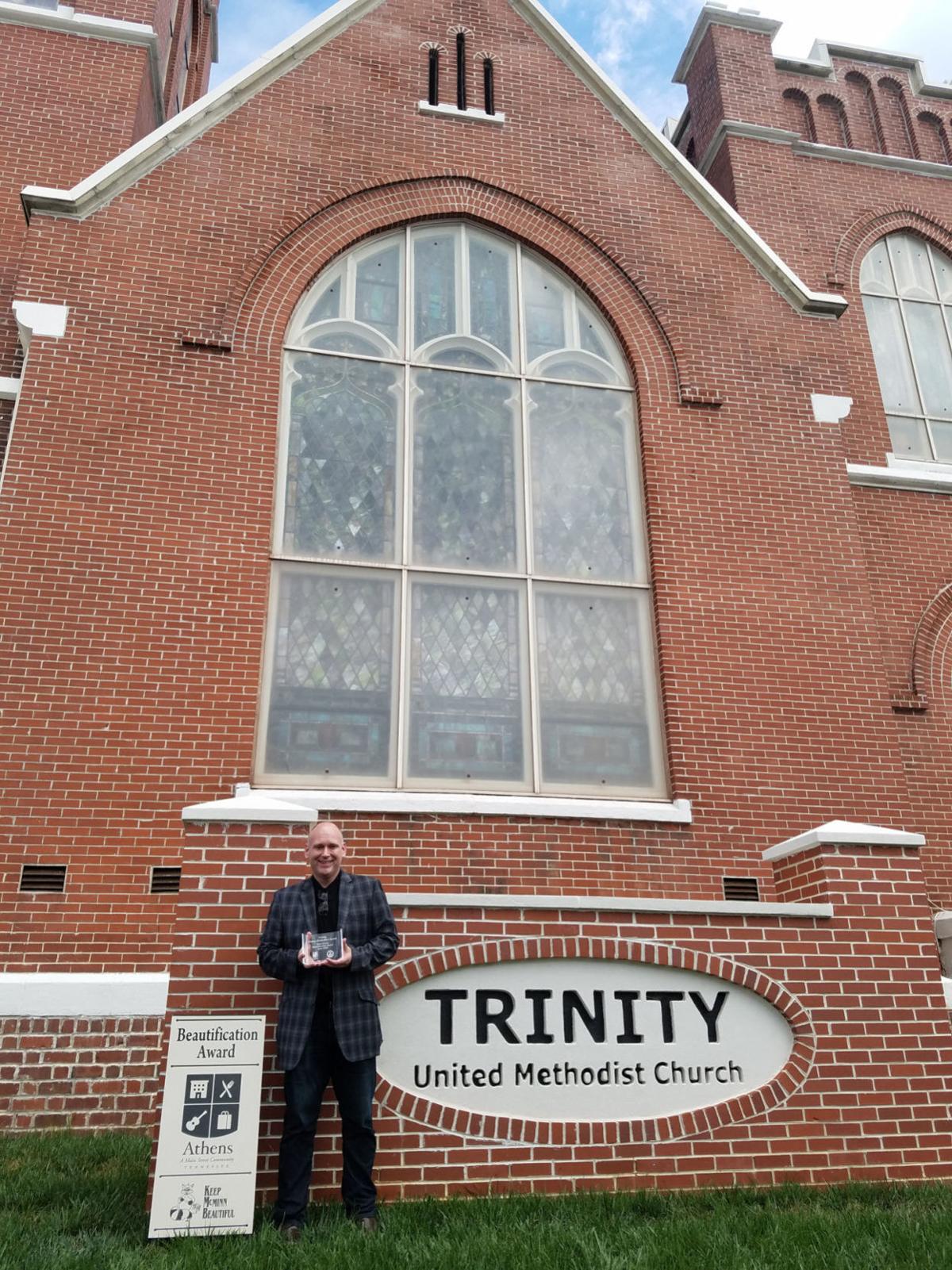 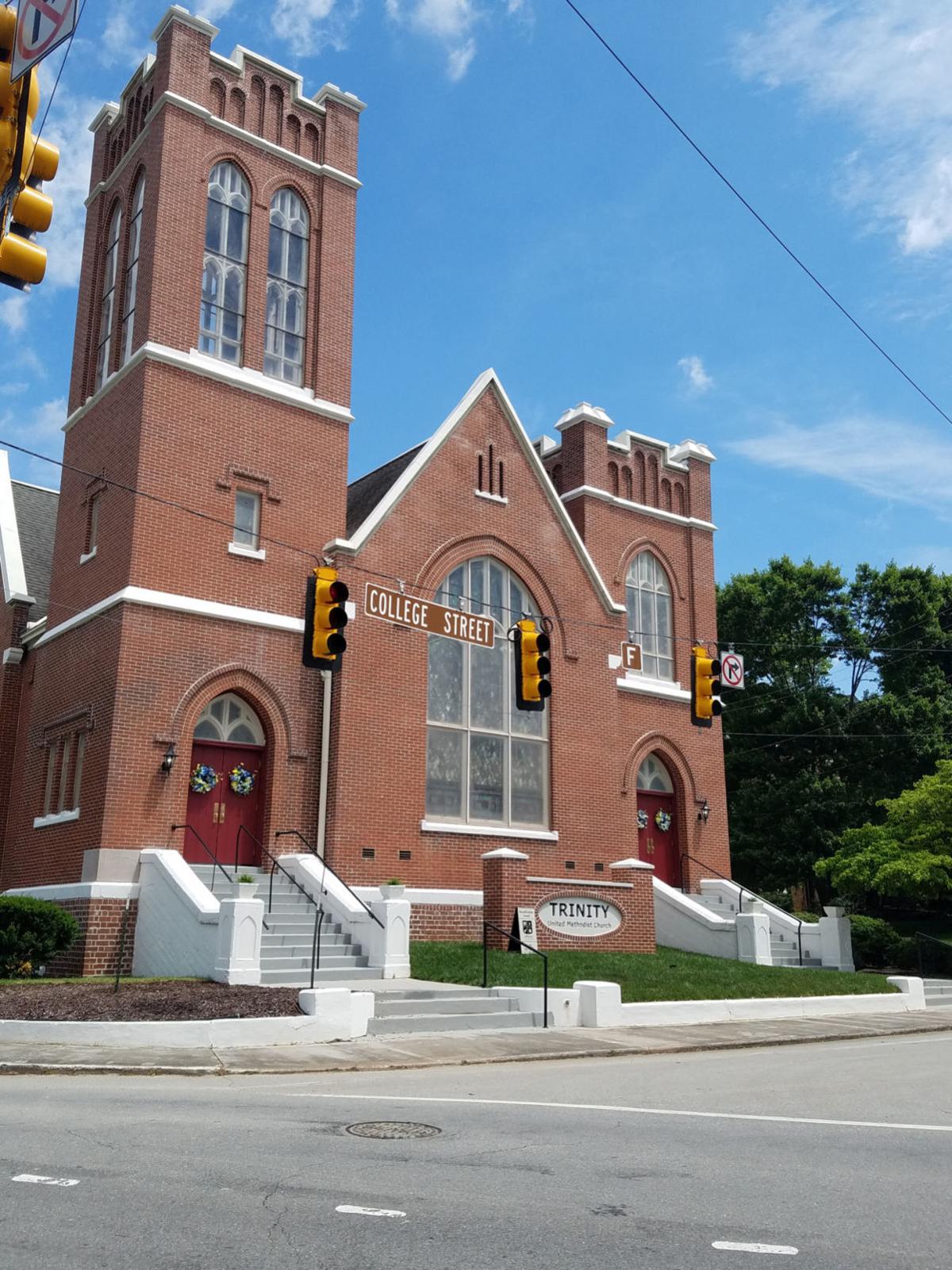 Trinity United Methodist Church has been named the recipient of the Main Street Athens Beautification Award for the second quarter of 2020.

The historical structure is located in the heart of Downtown Athens. It has a long history in the Athens community dating back to 1824, when the first congregation began to meet along Washington Street. This congregation was known as the Methodist Episcopal Church in Athens and met at a variety of locations around the downtown area.

In 1907, the present property was secured by a land swap and the sanctuary was erected in 1909-1910, replacing the livery stable that previously stood there. It was dedicated in a Sunday evening service in October 1910. It was renamed First Methodist Episcopal Church and remained so named until 1939 when it was again renamed Trinity Methodist Church. In 1968, after a merger with the Evangelical United Brethren denomination, it was re-named for a third time Trinity United Methodist Church.

The church sanctuary has been a fixture for over 100 years. Recently, it was decided that the church was in need of a renewal. The trustees of Trinity made the decision to repoint the brick over the entirety of the building to preserve it for the next 100 years of ministry in this location. Along with the new brick, the church added a new sign, fresh paint around the building, LED lighting at night and the remodeling of over half the program space inside the building.