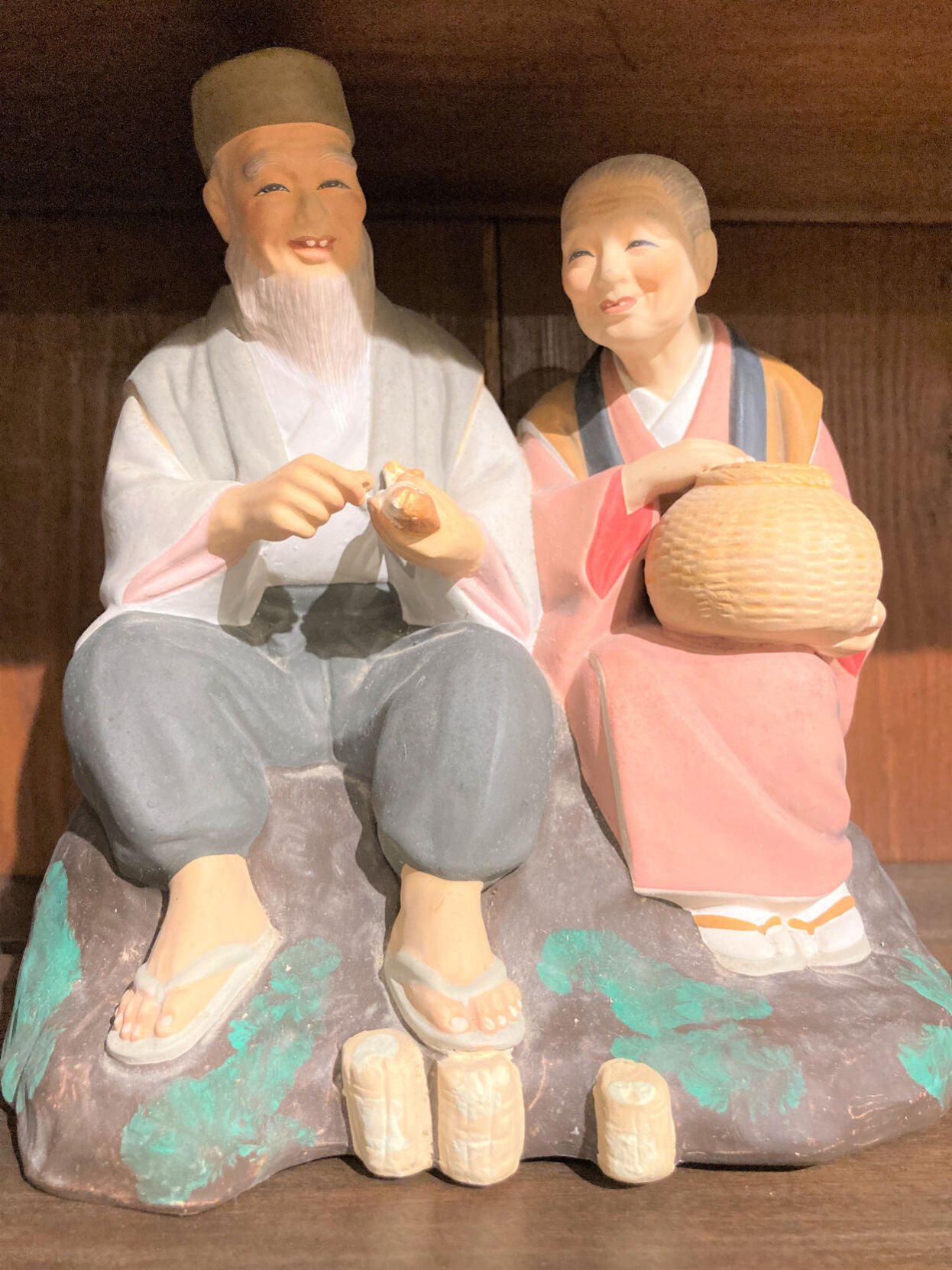 Clay figures called Hakata Dolls from Japan are among the artifacts that can be found in the McMinn County Living Heritage Museum’s special exhibit of Japanese Wedding coats and kimonos. Several examples of these dolls are shown here. 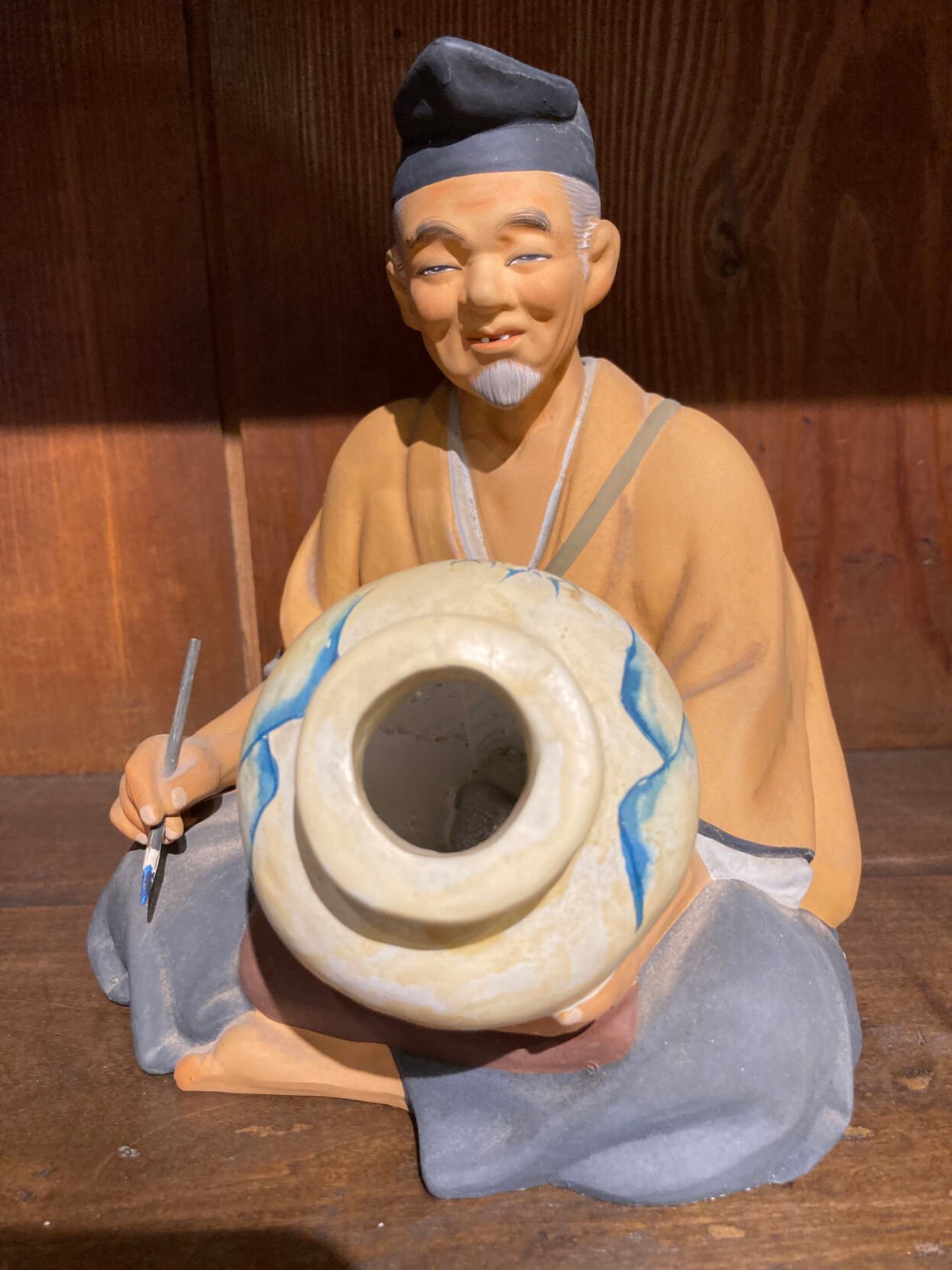 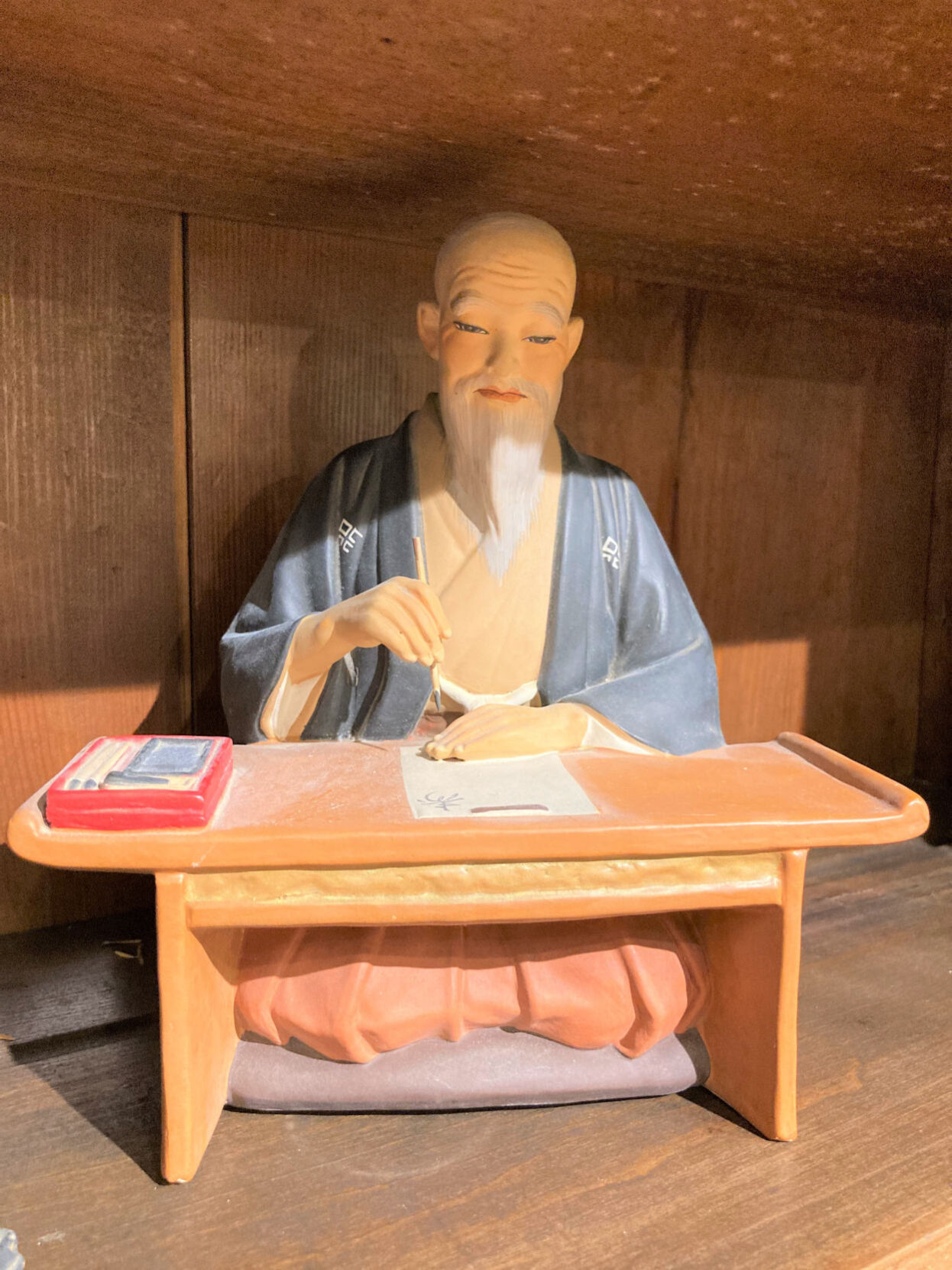 Clay figures called Hakata Dolls from Japan are among the artifacts that can be found in the McMinn County Living Heritage Museum’s special exhibit of Japanese Wedding coats and kimonos. Several examples of these dolls are shown here.

Artistically-created clay figures called Hakata Dolls from Japan are a part of the life and culture of the Japanese people. The colorful clay figures are some of the artifacts that can be found in the McMinn County Living Heritage Museum’s special exhibit of Japanese Wedding coats and kimonos. The beautiful handcrafted robes were a gift to the City of Athens in 1991 from its sister city Isahaya, Prefecture, Japan. The two have been sister cities for 35 years, exchanging students, teachers and enjoying each other’s cultures.

The dolls in our exhibit represent some common Japanese folk, but other collections can be found that represent various people types and expressions within the culture. We have an artist painting a vessel, a couple enjoying a fish they caught, a man with a hoe and a bowl of vegetables, a woman hauling a harvest basket and a man writing at a desk. All of these figures are painted with bold color blends and their faces have artistic expressions added with the fine tip of someone’s brush and steady hand. They have a label on the bottom that tells us that they are, “Hakata, Urasaki Dolls, Made in Japan,” “Washable” Hakata Urasaki Dolls! This doll can be easily cleaned with soft cloth dipped in cold water.” These are a recreation of the original doll.

A journal posted by Ron Caloz at www.livejournal.com tells the interesting story about the first Hakata dolls. The clay figures were originally called Hakata Suyaki Ningyo. Hakata the city, Suyaki meaning bisque-ware and Ningyo meaning doll. Hakata was merged into a larger city in the 1800s and renamed Fukuoka, Prefecture, Japan. Suyaki was dropped from the name by accident when two of the works won prizes at an exhibition in Tokyo in 1890. From then on, the dolls were referred to as Hakata Ningyo.

Japan is known for its colorful festivals and one of them is the Festival of the Dolls where floats carrying brightly-decorated doll figures made from wood are exhibited. It is thought that the making of these smaller clay dolls may have been inspired by the colorful festivals.

The origin of the doll travels back in time to the 17th Century when workers building the castle for Hakata ruler, Kuroda Magamasa, began to make the doll figures from leftover clay they were using for the roof. He noticed them creating the dolls and he liked them. He had them create more for the castle. Throughout his reign, the people would give him the dolls as gifts. They were also given as gifts of offering to the Buddhist temple.

It is told that a doll maker by the last name Sohichi had secrets to the creation of these dolls and passed them down from generation to generation until the last Sohichi died in 1858 without passing the information on and creation of the dolls stopped.

Years went by before a group of artists revived the dolls in 1885. The newly-created dolls gained recognition at the 1890 National Industrial Exhibition in Japan and at the Paris World Expo in 1900 as “Dolls of the World.” Three dancing-girl Hakata dolls won the silver prize at the Paris World’s Fair in 1924. The artistic dolls earned recognition by the Japanese government as Traditional Art in 1976.

The new doll was made by using plaster to form a mold. The clay was packed into the mold to form the doll and then peeled away in order for the clay to be cooked in a kiln. The temperature was below the pottery temperature making the dolls earthenware. Because they were made of earthenware, they were less expensive to make, however, it also left them more breakable than pottery. Once fired, the clay earthenware dolls would be painted with clothes and realistic facial details.

American soldiers discovered these dolls during the Korean War. Their base was in Fukuoka where the dolls were being made. Fukuoka lies at the northern end of the Island of Kyushu, which was pretty close to Korea. A man named Urasaki owned the store that supplied the dolls to the military base post known as the PX where the soldiers purchased their souvenirs on the way home. They became labeled as Hakata Urasaki Dolls, which is what our label reads. Urasaki died in an automobile accident in 2004 and the store was closed.

These Urasaki dolls were coated with a waterproof finish to allow cleaning, but it made the paint dull. That didn’t matter to the soldiers who preferred the process so that the doll could be cleaned easier. The seal also allowed for easier handling as oils from the skin affected the quality of the doll. Without the waterproofing, the dolls needed to be cleaned with a dry process and handled very carefully using a barrier to keep the oils of the skin away. Since then, it has been found that after 50 years, the waterproofing was no longer effective and the paint rubs off if cleaned using the water method. The problem didn’t affect the Japanese, however, because they preferred the brighter, more vivid colors of the dolls that weren’t waterproofed. They usually store their dolls in glass cases, which keep them clean.

Members of the Museum can tour all the exhibits free of charge, while non-members pay a $5 fee. Senior adults and students pay an entrance fee of $3. Yearly membership to the Museum is $15 for seniors, $25 for adults, $10 for students and $45 for family.