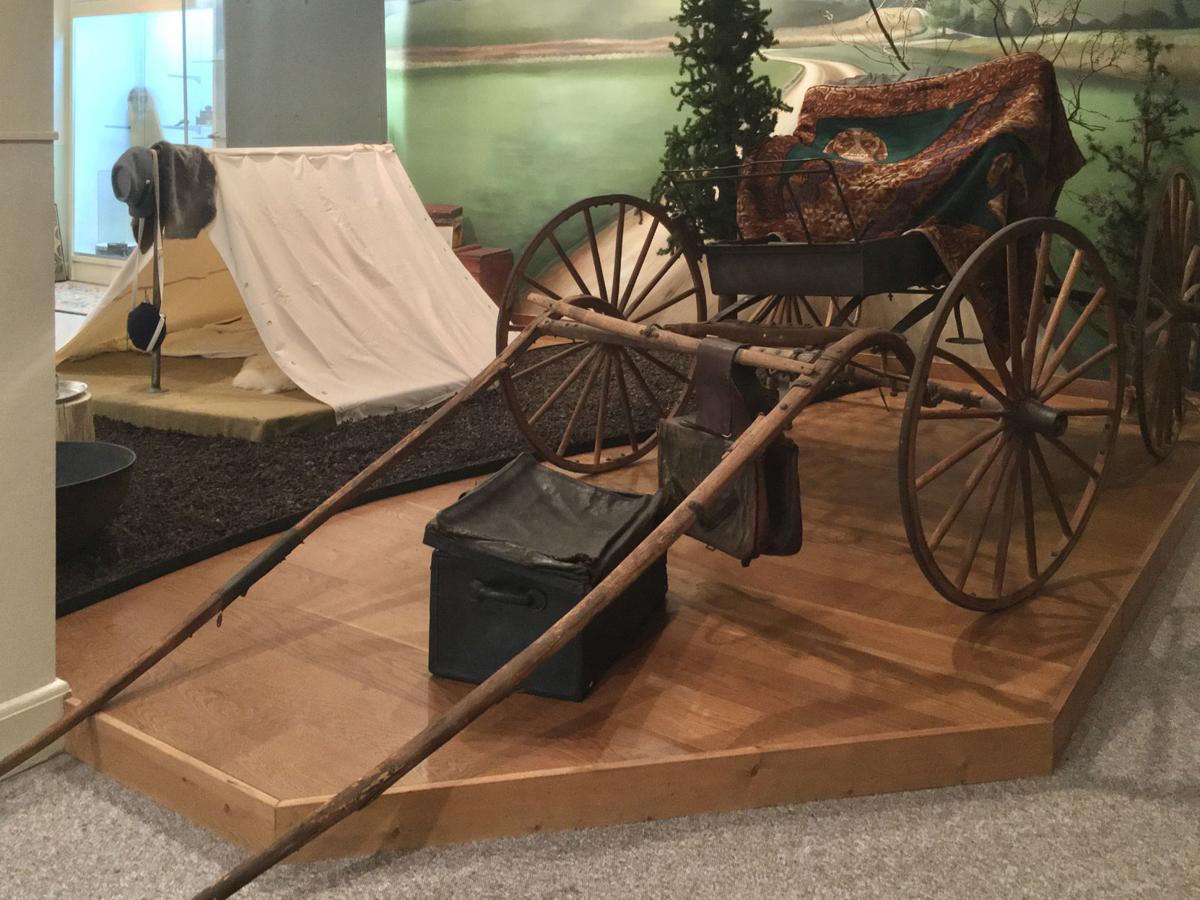 This vintage carriage is part of a display at the McMinn County Living Heritage Museum. 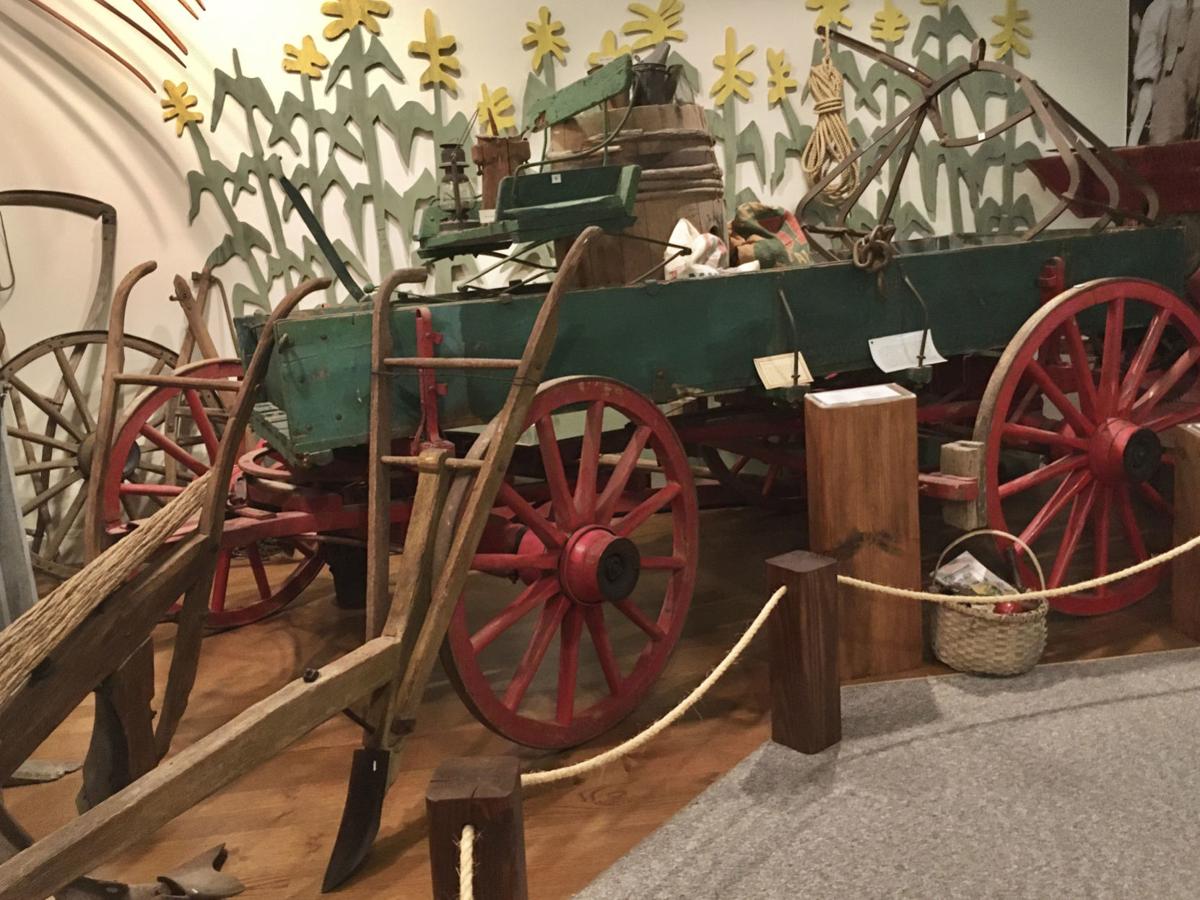 The McMinn County Living Heritage Museum features this antique farm wagon as part of one of its displays.

This vintage carriage is part of a display at the McMinn County Living Heritage Museum.

The McMinn County Living Heritage Museum features this antique farm wagon as part of one of its displays.

When McMinn County was formed in 1819, more and more people traveled here looking to start a new life; some of them were people who made the wagons and carriages.

The need was great because the 1860 census showed that McMinn County had approximately 20 wagon makers. Ads were placed in The Athens Post newspaper by wagon makers and leather workers alike.

Here at the McMinn County Living Heritage Museum, we have a vintage farm wagon and carriage that represents two types of the most common mode of transportation that was used before automobiles came into existence.

The farm wagon served as the work horse for the family and also served as the main transportation mode. It was used around the farm to haul needed items and it was used to go to town to get supplies for the farm. This was an all-day trip that usually the entire family went on. On Sundays, it was the transportation for the entire family to go to church. You will note the wagon wheels have the iron tire and, although the hub is wood, the inside portion is cast iron.

The carriage is of a lighter construction with larger wheels. The larger the wheel, the easier the wheel rolls, and it is easier to pull. The carriage would be drawn by one horse or mule. The seats are upholstered and have some padding for a more comfortable ride.

In the education exhibit, you will find a picture of four different vehicles used as school buses — three of them horse drawn — in Tennessee during that time; one reads “school bus” on it with the date 1914 underneath. Also, there is a windshield hanging on the wall that was used on a wagon that carried children to school in the Mt. Harmony community. The reins that controlled the horse fit through an opening just below the window. The window gave protection from the wind and any debris that was coming into the wagon.

James Baker was one of the earlier settlers, having purchased his property, at total of 160 acres, during the Hiwassee purchase, according to information at ancestry.com

The 1850 Census has him here as a carpenter making furniture and other fixtures. The work was plenteous because the 1860 and 1870 Census showed him as a wagon maker. In 1880, he was again noted as a carpenter. He was a frequent advertiser in The Athens Post, offering to make wagons of any size.

Edwin A. Atlee (b.1804, d. 1869), and his brother, William (b.1803, d. 1880), settled in Athens in 1840 offering services of coach making and leather products such as saddles and harnesses. Edwin made his leather goods south of the Athens Bridge in an area called Mechanicsville. William operated his coach making business on the corner of Church and West Madison Avenue (aka Main Street), known as “Lot 61” in the original plan of the town of Athens.

According to information in Find A Grave, they came here from Lancaster, Pennsylvania, where the Atlee family attained prominence because their grandfather, William Augustus Atlee, was an original member of the Supreme Court of Pennsylvania. Their father, William Pitt Atlee, was a Revolutionary Officer serving as lieutenant colonel of Regiment 121, 1st Brigade, 4th Division, in the Pennsylvania Militia.

They also had two brothers, John and Washington Lemuel, who were successful doctors in Lancaster. Edwin had a son, John L. Atlee (b. 1832, d. 1912), who also became a doctor serving the Athens area before moving to Chattanooga, where he later died.

Edwin was also a minister. In his obituary printed in the Knoxville Weekly Whig, it notes that he professed his faith while he was 17 years old. He affiliated himself with the Methodist Episcopal Church when he was licensed as a local preacher in 1828. In 1840, he came to Athens, where he served as a trustee of the Methodist Episcopal Church, South, along with his brother, William. Both men are included in the book “A History of Keith Memorial United Methodist Church 1824-1984” by Sally Dewitt Ealy, Fred William Sauceman and Marynelle Royal Graves.

Members of the museum can tour all of the exhibits free of charge, while non-members pay a $5 fee. Senior adults and students pay a $3 entrance fee.

Please keep informed with our postings by visiting our Facebook page at McMinn County Living Heritage Museum or visit our website at www.livingheritagemu seum.org