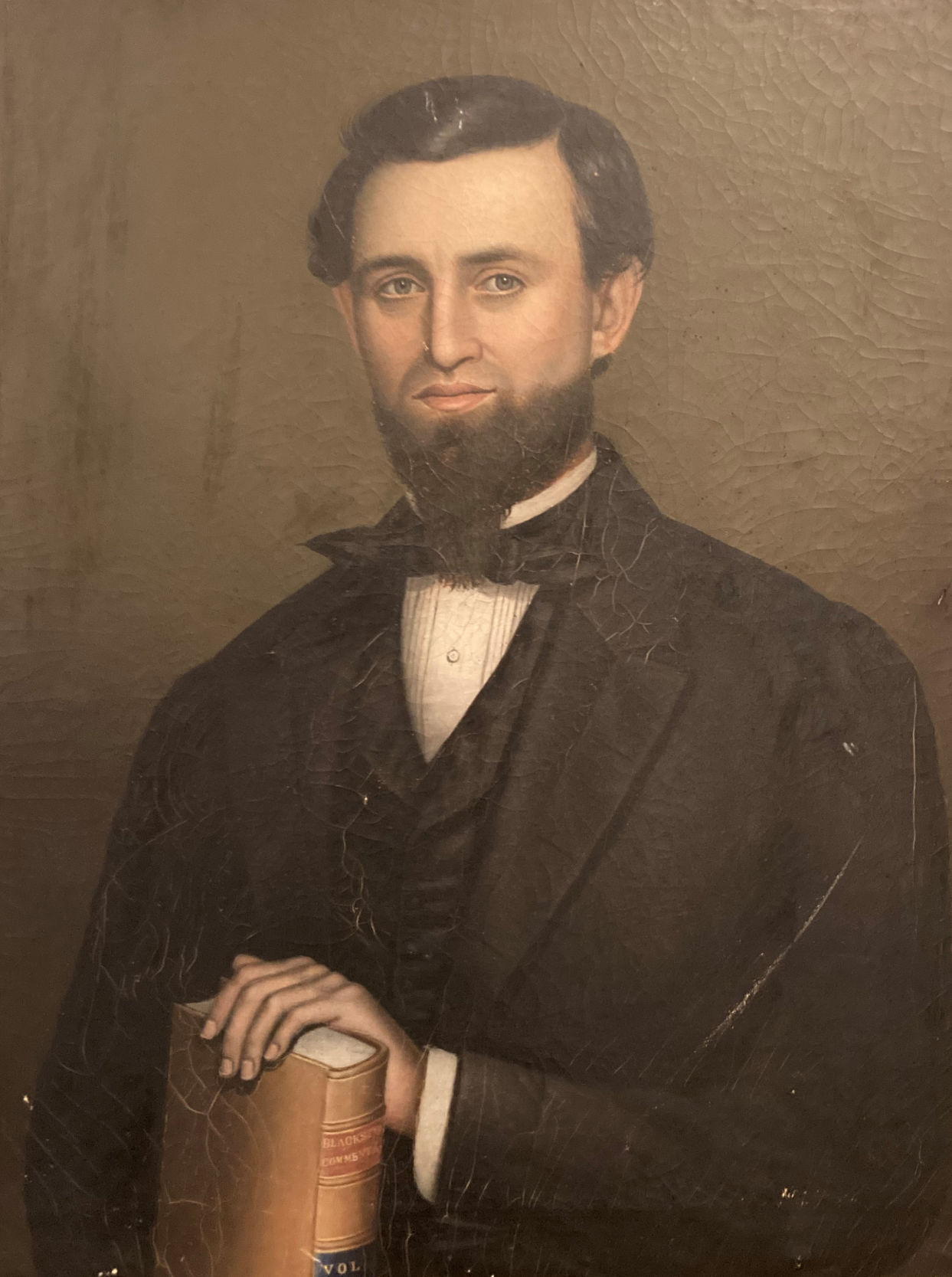 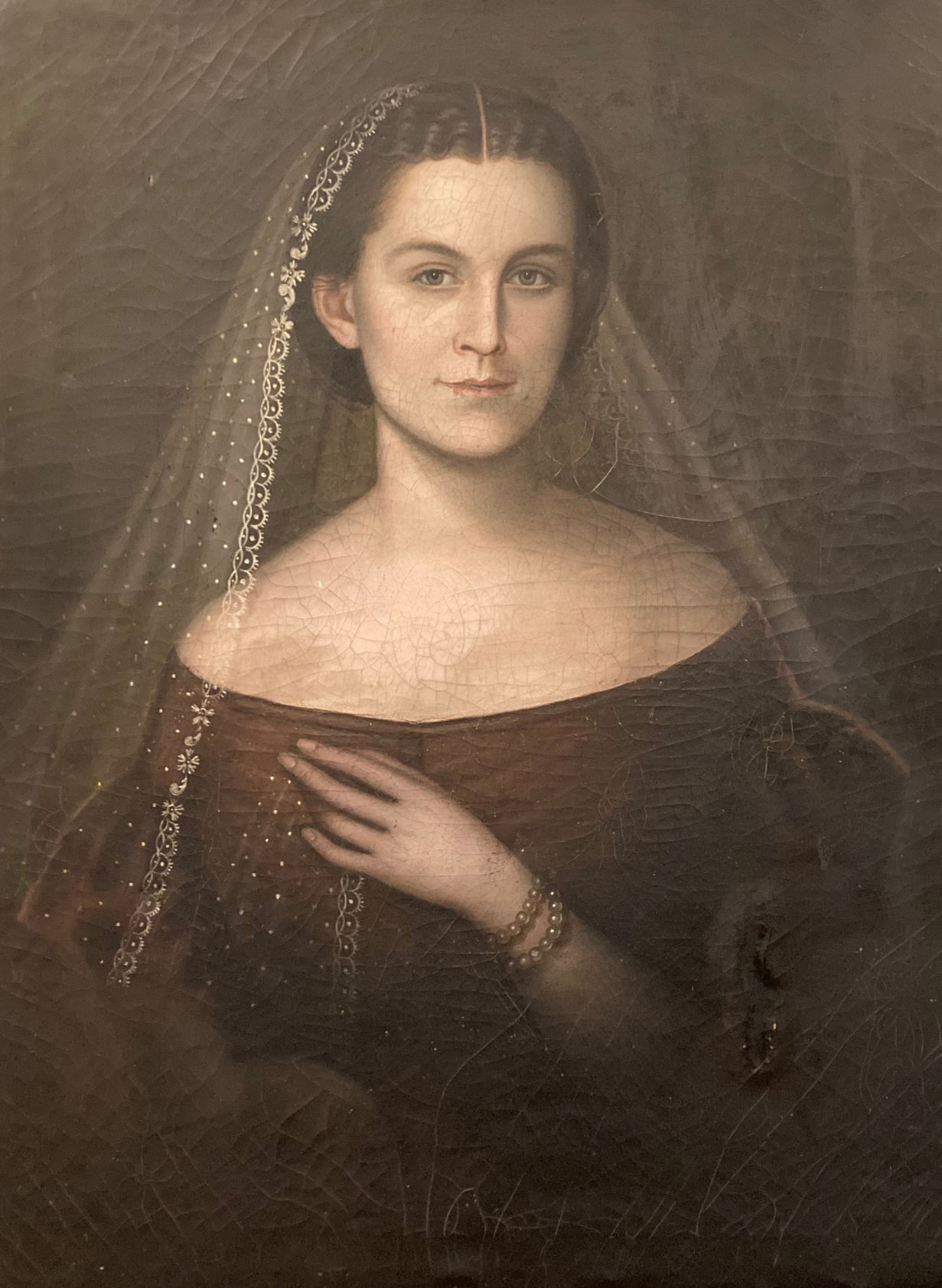 Two oil portraits add a touch of vintage prominence at the McMinn County Living Heritage Museum. They are of a husband and wife who left their mark on many lives.

They are of Elizabeth Shackleford (b. 1801, d. 1873) and Charles Patterson Samuel (b. 1806, d. 1878). They married in 1828 and spent a number of years in Athens and raised seven children while contributing to the lives of students at the Forest Hill Academy from 1832 until 1850. They moved on to Alabama when Samuel accepted a position at a women’s academy there.

Forest Hill Academy was a school organized by a committee appointed by the county in an effort to provide education within the community. The committee took charge of organizing the school in 1826 and by 1832, they had completed the building and the curriculum. Samuel was its first principal. Samuel accepted a similar position at a female school in Talladega, Ala., and relocated there in 1850, where he and his wife saw continued success in the growth and education of the students there.

The portraits are oil on canvas, the artist not identified, and they are wood framed painted gold measuring 43 inches by 35 inches. There is overall paint “crazing” or cracking to the painted surface due to the age of the materials. Elizabeth and Charles are in their best dress for the sitting. Elizabeth wears a lace veil that falls below her shoulders. Her dress has a scoop-style neckline sitting on her shoulders with a fitted bodice and puffed sleeves. She holds part of the lace veil to her chest displaying a double-pearl bracelet. Charles is wearing a black bow tie accenting a half-collar-style dress shirt with a vest and suit jacket. He is holding a book entitled “Blackstone Commentary.” This commentary is written by Sir William Blackstone and addresses the laws of England covering all topics in a simple form that can be easily understood by anyone.

Samuel came here from Kentucky after being offered the job of leading education at the newly-established Forest Hill Academy, which was located a mile and a half Northeast of Athens in the area of Gettys Spring where the City of Athens gets its water. He was a teacher graduating from Centre College in Danville, Ky. — a liberal arts college founded by Presbyterian leaders.

Goodspeed history calls Samuel a Presbyterian minister, although he served full-time as a principal and school teacher his entire life, according to historical accounts. He commented in the August 1848 edition of the Millennial Harbinger, a religious magazine, when Athens was visited on the 14th and 15th of July by Restoration Movement preachers John D. Eichbaum and James J. Trott.

He wrote that the people seemed to be open to listen and with 13 additions at the meeting and the lack of much prejudice he expressed hope “… that better days are dawning on our land.”

A historical account of his life written by Mrs. Grace Samuel Foree Carter of Knoxville describes Samuel as being a “… learned man, a gentlemanly scholar, and honor graduate …”

His wife is described as “… a highly bred, cultured lady …”

Both were related to former governors in Kentucky.

She writes that, at the time when the Samuels arrived in Athens, Indians still “roamed” the county and that, as time grew closer to their removal in 1837, “… little Indian children began ignoring morning classes.”

The sons of John Ross and Jack Walker attended in the year 1837-38 while boarding at the Samuel home, according to an account submitted in the book “McMinn County and Its People.”

Samuel was written about by many that called him “one of the best educators in the state.”

According to Carter’s account, teaching was second nature for Samuel. Many students that studied under Samuel found success in their life careers. One of his students is the Honorable William M. Bradford — a judge in the Third Chancery Court in the Division of Tennessee in Chattanooga. Stephen P. Hale, noted in Goodspeed’s history as a prominent citizen and educator in Monroe County, also learned under Samuel.

No doubt, the one Forest Hill Academy student that the Samuels were the proudest of was their own son, Charles Grandison, who was an accomplished lawyer, published author, developer and a colonel in the Civil War. At 95 years old, he was featured in a Feb. 19, 1928 article by the Chattanooga Daily Times. The article was entitled, “Col. Samuel Hopes to Reach Century.”

The article tells of his life as a lawyer, soldier, developer and poet. He was also an avid Bible student, a Greek and Latin scholar, a Mason, and a member of Odd Fellows — a charitable organization. He passed away just two months after that interview.

Members of the museum can tour all of the exhibits free of charge, while non-members pay a $5 fee. Senior adults and students pay an entrance fee of $3. Yearly membership to the museum is $15 for seniors, $25 for adults, $10 for students and $45 for family.

Please keep informed with our postings by visiting our Facebook page at McMinn County Living Heritage Museum or visiting our website at www.livingheritagemuseum.org